The thought of stepmom support groups hadn’t entered Erin’s mind until she married Tom and became stepmom to his three children. She now recommends support groups for stepmoms to anyone marrying into a ready-made family. “My group has been my lifeline,” she admitted.

If you’re struggling with your new role as a stepmom, a support group could be the key to happier family relationships and a more balanced, secure home life.

What are stepmom support groups?

Stepmom support groups are designed to help stepmoms navigate the journey from “Daddy’s girlfriend” to “Stepmom.” Some groups meet in person, exchanging stories and offering each other advice. Many groups keep the conversation going between meetups via phone, video messaging, text, or email.

Thanks to the internet, you don’t need to worry about finding a support group in your local area. Online stepmom support groups are easy to join and provide an instant community of stepmoms who know exactly what you’re going through — because they are (or have been) exactly where you are now. While every online group is different, most contain forums, discussion groups, blogs, articles, and podcasts.

Erin, who has two kids of her own, had been dating Tom for 18 months before they got engaged. Blending their families had been a relatively smooth process — until they became husband and wife. “I thought I had a good relationship with Tom’s kids,” she said. “But as soon as we got married, things changed. Tom expected me to take a more active role in his kids’ upbringing, but they weren’t happy with that. On a daily basis, I heard, ‘You’re not my Mom!’ and ‘You can’t tell me what to do!’ I just didn’t have the answers. I began to isolate myself from them, making up excuses to be out of the house whenever they came to stay. This put a huge stress on my relationship with Tom, because he felt caught in the middle.” 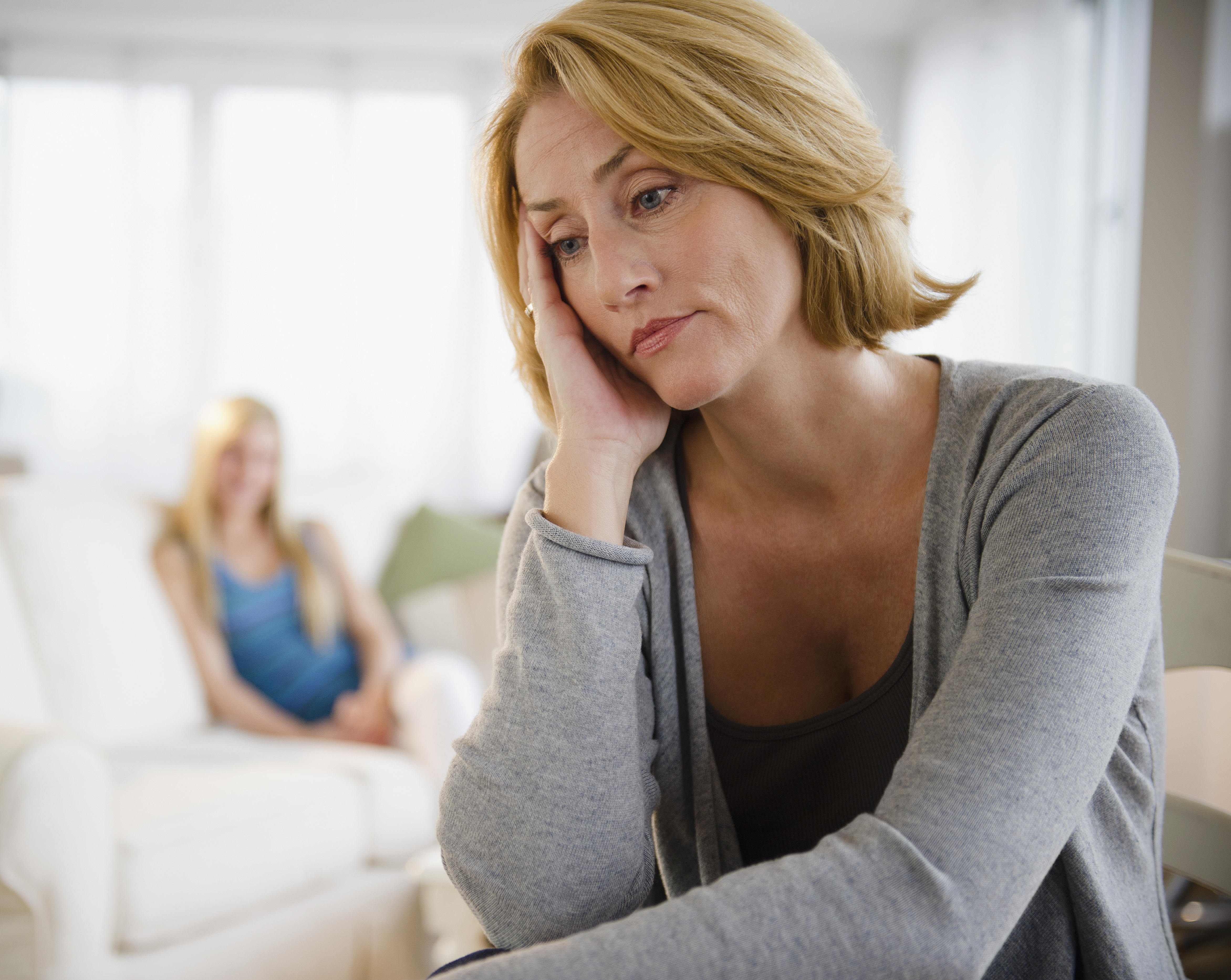 None of Erin’s friends or relatives are stepmoms themselves, so she found herself feeling increasingly isolated. “Friends were sympathetic, but they couldn’t offer advice because they had no idea what I was going through,” she said. “Plus, I didn’t want to come across as ungrateful, so I tried to keep my concerns to myself. I was so happy to be married to Tom and I really wanted to have a great relationship with his kids. A couple of people I spoke to about it had the attitude of “you made your bed, now lie in it,” which certainly didn’t encourage me to open up further. But I desperately needed a place to vent, and to connect with other moms in my situation.”

When Erin joined an online stepmom support group, the relief she felt was almost immediate. “At last, I could share my thoughts and worries, without fear of judgment,” she said. “I’d visit the forums regularly, taking advantage of the experience of other stepmoms, and, in time, I felt able to offer advice to other new stepmoms. It’s been a hugely positive experience for me. I’ve made so many virtual friends and their help and guidance has made me a stronger person as well as a better mom and stepmom.”

How do I find stepmom support groups near me?

However, if you can’t find a stepmom support group near you, another option is an online support group. These groups bring stepmoms together from all over the world.

What are the best online stepmom support groups?

The right stepmom support group for you depends on your circumstances and how much support you need. If privacy is a priority, look for a group with a privacy screening process. Free stepmom support groups are available if you have budget constraints, while others offer a free trial membership period before you subscribe on a monthly or annual basis. Many groups offer 24/7 mom-to-mom support.

Second Wives Club, the first online community dedicated to stepmothers and second wives, has many support forums covering a wide range of topics relevant to stepmoms. It offers two basic membership plans: $7 per month or $47 per year, but may waive membership fees on request based on financial hardship.

Second Wives Cafe offers support for second wives and stepmoms through private chat forums and articles. It follows a strict screening process to protect the safety and privacy of its members, and membership is free.

Circle of Moms is a worldwide group with several stepmom support communities, including Christian stepmoms, lesbian stepmoms, and stepmoms in various age ranges, and it’s completely free to join.

Step Together is a no-frills site centered around a message board with various different topics. It’s free to register, and privacy is a top priority. This site is aimed at all stepparents, not just stepmoms.

While Erin’s relationship with her stepchildren is far from perfect, it’s definitely improved. “A big part of the process, for me, has been accepting that I’ll never have the relationship with my stepkids that I have with my own children,” she said. “It’s a very different relationship, but that doesn’t mean it can’t be a happy, positive one. It’s also an ongoing journey, with various obstacles along the way. The support I get from my group really helps me get over these obstacles intact!”

For Miranda, another stepmom, the issue she faced wasn’t with her stepkids but with their biological mother. “My two stepkids were very young when I married their dad,” she said. “I felt as the children they accepted me in their lives without question, and we bonded quickly and effortlessly. But their mom resented my presence in the children’s lives and went out of her way to ruin my relationship with them. She told her kids that I had ruined her life, that I was a bad person, and that I stole their Daddy from them. She bombarded us with abusive phone calls, emails and text messages, and spread nasty lies about us.”

Miranda joined a stepmom support group to connect with other stepmoms who’d faced similar problems with their partner’s ex-wives. “They couldn’t solve the problem for me, because it was coming from someone we had little control over,” she said. “But what they did do for me was empathize and suggest ways to take the focus away from the children’s biological mom and keep it on my relationship with my stepkids. Their advice was — and continues to be — invaluable.”

A childless stepmom support group may be the best option for you if you are a stepmom with no biological children of your own, because this brings its own unique challenges, such as issues with infertility and feeling like an outsider in the family home. Look for an online community that can help stepmoms without children of their own. Many childless stepmoms have Facebook groups where you can post anonymously, such as The Childless Stepmom.

A Facebook group gave Jessica the support she needed when she and her husband experienced infertility. “I love Adam’s twin daughters from his first marriage,” she said. “But having them around made it harder for me to come to terms with the fact that I would never be a mom myself. They reminded me that I wasn’t a mom and made me feel inferior, because Adam had been able to have kids with someone else.”

Joining a support group for childless stepmoms connected Jessica with dozens of other women in her position. “They remind me that I’m not alone, that there are actually lots of us out there dealing with the same struggles,” she said. “It was through my support group that I discovered online counselling, which has also really helped me embrace my role as a stepmom, while processing the pain of infertility.”

Other Facebook groups for stepmoms (with or without biological children) include Stepmom Alliance and Gradybird Blog #Stepmomclub.

As a stepmom, it’s natural to feel ignored, rejected, misunderstood, and even attacked. It’s even harder to cope with those feelings when nobody in your life can relate to what you’re going through. While nothing will prepare a stepmom fully for what’s ahead of her, stepmom support groups can help by providing a safe place to vent, advice, comfort, and reassurance from those who know exactly what it’s like to be a stepmom: other stepmoms.

This article was written by Claire Gillespie.

How to Dress for Your Stepson’s Wedding