For some of us, running is fun.The rest of us, however, need a bit of incentive before we can be enticed to run. (That is, if we can even be enticed at all. Why run when you can walk, right?) That must have been writer Anna Orso’s thought process when she decided to follow the Philly 10K, which is a 10-kilometer (about 6.2 miles) race through the streets of Philadelphia, but with a twist: She would stop at every taco joint along the way.

Orso, who has run the Philly 10K twice before, was waiting until a few days before the race to snag a racing bib from a runner who had decided to bail. When she learned that the transfer period for racing bibs had already passed, she decided (and God bless her) to do the 10K herself. If that were us, we’d probably have taken the long-gone deadline as a sign that running the race just wasn’t meant to be.

So on the morning of the race, she mapped out the route on her phone, noting exactly where the taco restaurants were. Writing a first-person account for BillyPenn, Orso said: “Wednesday morning, I put on my stretchiest pants and my loosest tank top and started my own version of the Philly 10K — one in which I vowed to walk the entire 6.2 miles and stop to eat a taco at every single Mexican spot I came across along the way.” 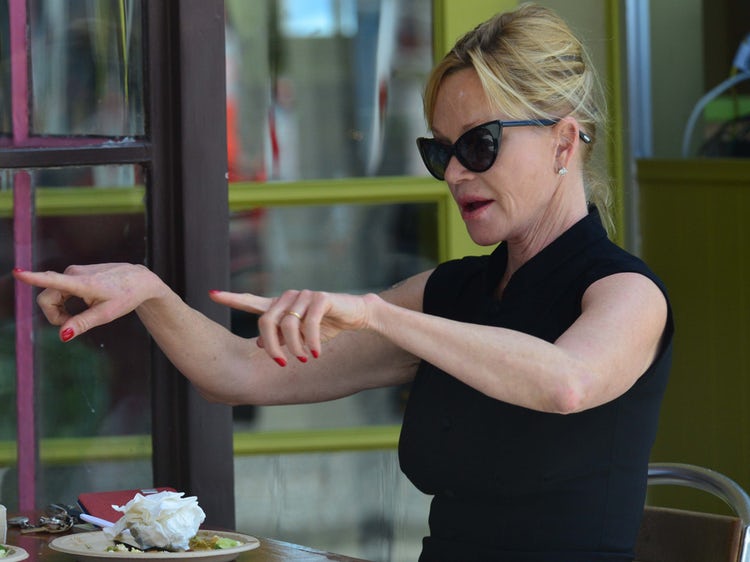 Anna Orso, we totally feel you — and so does Melanie Griffith (above). (Photo Credit: Getty Images)

Her adventure lasts about five hours and involves the consumption of a grand total of 14 tacos and one margarita. If you’re interested in her reviews of the actual tacos, her article is a must-read and includes such gems as, “I see my reflection in a storefront and self-loathing starts to set in,” and, “Things are feeling bad at this point. I walk by Dirty Frank’s and think about going inside and asking them to kill me. Dirty Frank’s seems like a good bar to die at, and then I know what they would say about me: She died doing what she loved.”

So there you have it! Traditional 10Ks can eat their hearts out because the only route we want to run is a 10K taco race.

Check out the best tacos in the U.S.

Surprising Ways You Can Burn Extra Calories Without Trying

Why Working Out Only on the Weekends Is Good Enough

4 Face Exercises to Get a Natural Facelift Without Surgery