Prince Harry and Meghan Markle have gained a reputation as royal rule-breakers. From their casual roast-chicken-dinner proposal to their choice to release “top secret” details about their wedding well ahead of time, it’s clear these two are determined to carve their own path. And their latest appearance marks yet another unprecedented move for the royal family. The loving couple, who will exchange vows next month, were recently pictured at a meeting with delegates of the Commonwealth Youth Forum.

As People notes, royal fiancées are typically not invited to attend official engagements. But that hasn’t stopped the duo from hitting the ground running! Harry, 33, and Meghan, 36, met with around 40 of the 500 young leaders taking part in the forum’s sessions on Wednesday afternoon. Speaking with one group of inspirational young men and women, Markle said, “You’re so energized. You’ve got this umbrella to hold you together. It’s incredible. So stay in touch, maximize it.”

During the event, the royal pair also spoke with with a group of LGBT campaigners and vowed to champion gay rights as a key feature of their public work. According to People, Jacob Thomas — who won a Queen’s Young Leaders award for reducing the suicide rate in the LBGT community in Australia — said, “Miss Markle said, and these were her exact words, that this is a basic human rights issue, not one about sexuality.”

“Prince Harry said that what was so amazing was that, 10 or so years ago, we wouldn’t have been having this conversation and how incredible it was that we now were,” Thomas said, adding that the prince was also interested in his leopard-print coat. “He loved my coat and I told him that he couldn’t have it. He said not to worry, he had three similar ones at home,” he said.

Meanwhile, Markle looked like the picture of royal sophistication for the occasion, wearing a black and white striped dress by Altuzarra and a black blazer by Australian designer Camilla and Marc. She completed the look with a Tamara Mellon heels and cross-body bag from Oroton. 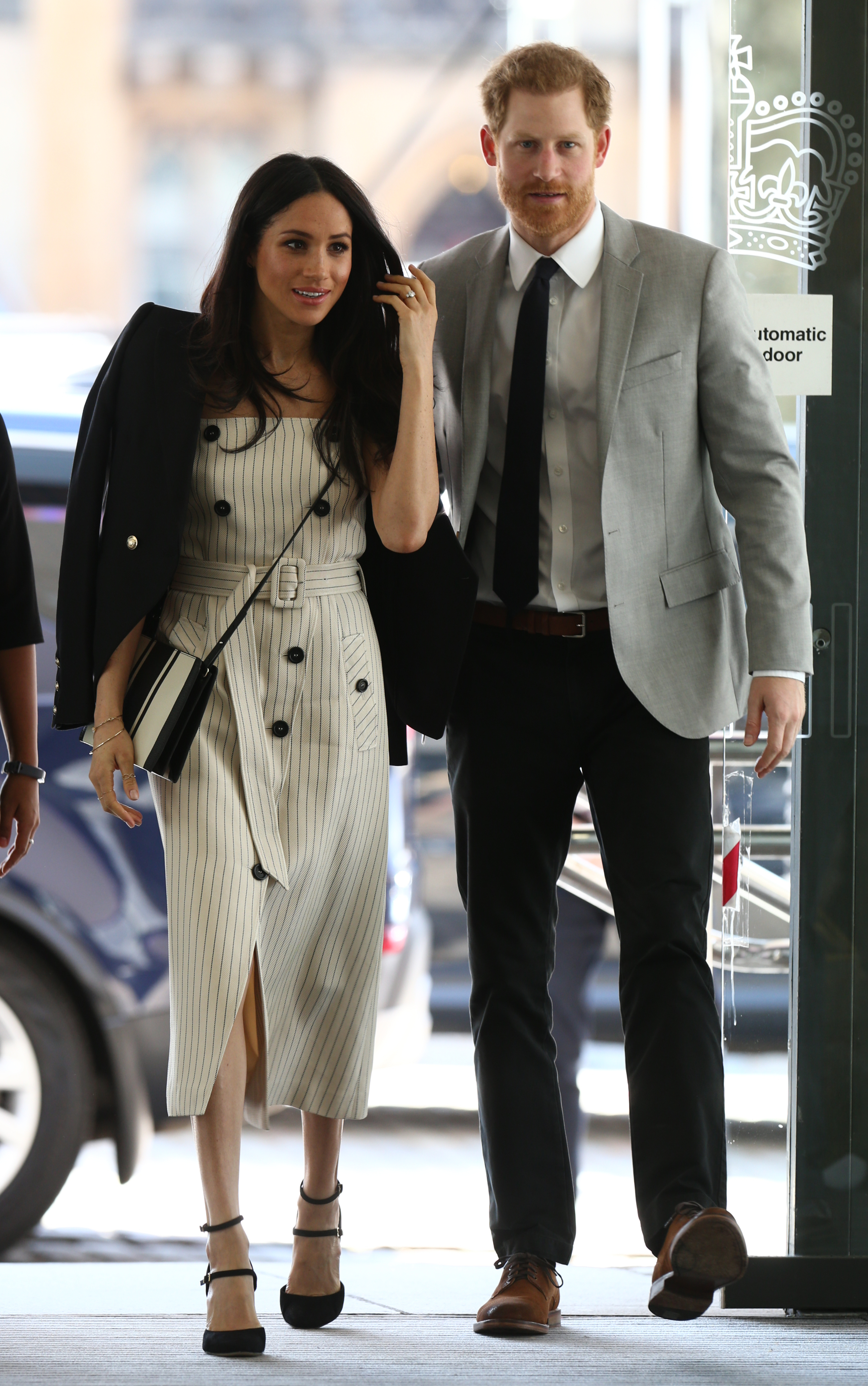 Earlier this week, Harry was announced as ambassador for the organization. In his first address since being appointed to the position by his grandmother, Queen Elizabeth II, he confirmed that his fiancée would also be involved with the Youth Forum, although he didn’t specify in what capacity. “In my new role, I will work to support the queen, my father The Prince of Wales, and my brother William, all of whom know that young people are the answer to the challenges of today,” he said. “I am also incredibly grateful that the woman I am about to marry, Meghan, will be joining me in this work, of which she too is hugely excited to take part in.”

The major new job title could mean the soon-to-be-married pair will need to spend a lot more time down under. Harry and Markle will visit Sydney later this year, following their nuptials on May 19 and will be making the trip to Australia for the 2018 Invictus Games. Although it hasn’t been announced in an official capacity via Kensington Palace, the former Suits actress revealed the exciting news earlier this month during an outing with Harry in Bath, England at the UK team trials for the Sydney Invictus Games. 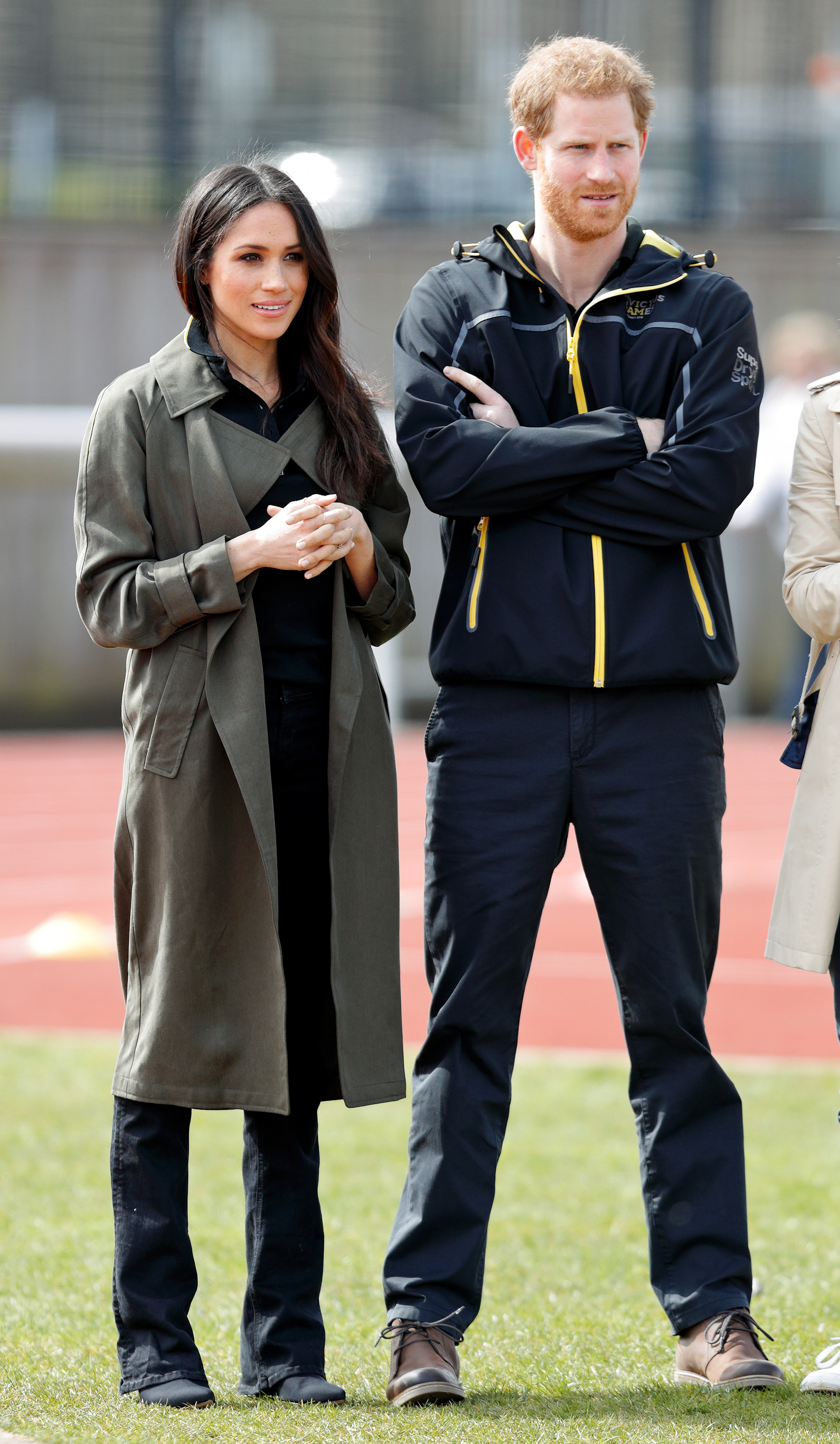 It is believed Australia holds a special place in Harry’s heart after he spent his 2003 gap year in the outback, and in 2015, his charm offensive wooed the nation yet again as he embarked on a month-long stint with the Australian Defence Force. Just last year, Harry jetted to Sydney for a whirlwind trip to launch the Invictus Games Down Under, an Australian version of the same event where the couple first debuted their signature public displays of affection. We’re looking forward to more outings of the lovely soon-to-be married couple.

Prince Harry and Meghan Markle Might Be Getting New Royal Titles