Every day is a good day to be Oprah Winfrey, mainly because of how much money she has! Forbes estimates the media mogul is worth a whopping $2.8 billion (casual). So, what does she do with all that money?!

The talk show host, producer, philanthropist, and just all-around boss lady appeared on The Ellen DeGeneres Show on Thursday, December. 28, but last time she appeared on Ellen DeGeneres’ YouTube Original series — Ellen’s Show Me More Show — she answered a series of rapid-fire questions. And, well, one of her answers had us hitting rewind because we just couldn’t believe our ears. We couldn’t wait to see what crazy stories she tells today!

“What is your ATM pin number?” Ellen causally asked Oprah. She looked stunned and shook her head until Ellen stepped in and replied, “You don’t know.” Oprah finally admitted, “I don’t have one.” Um, we’re pretty sure everyone who has an account with a debit card has a PIN number, but we digress. It only got more gasp-worthy from there. 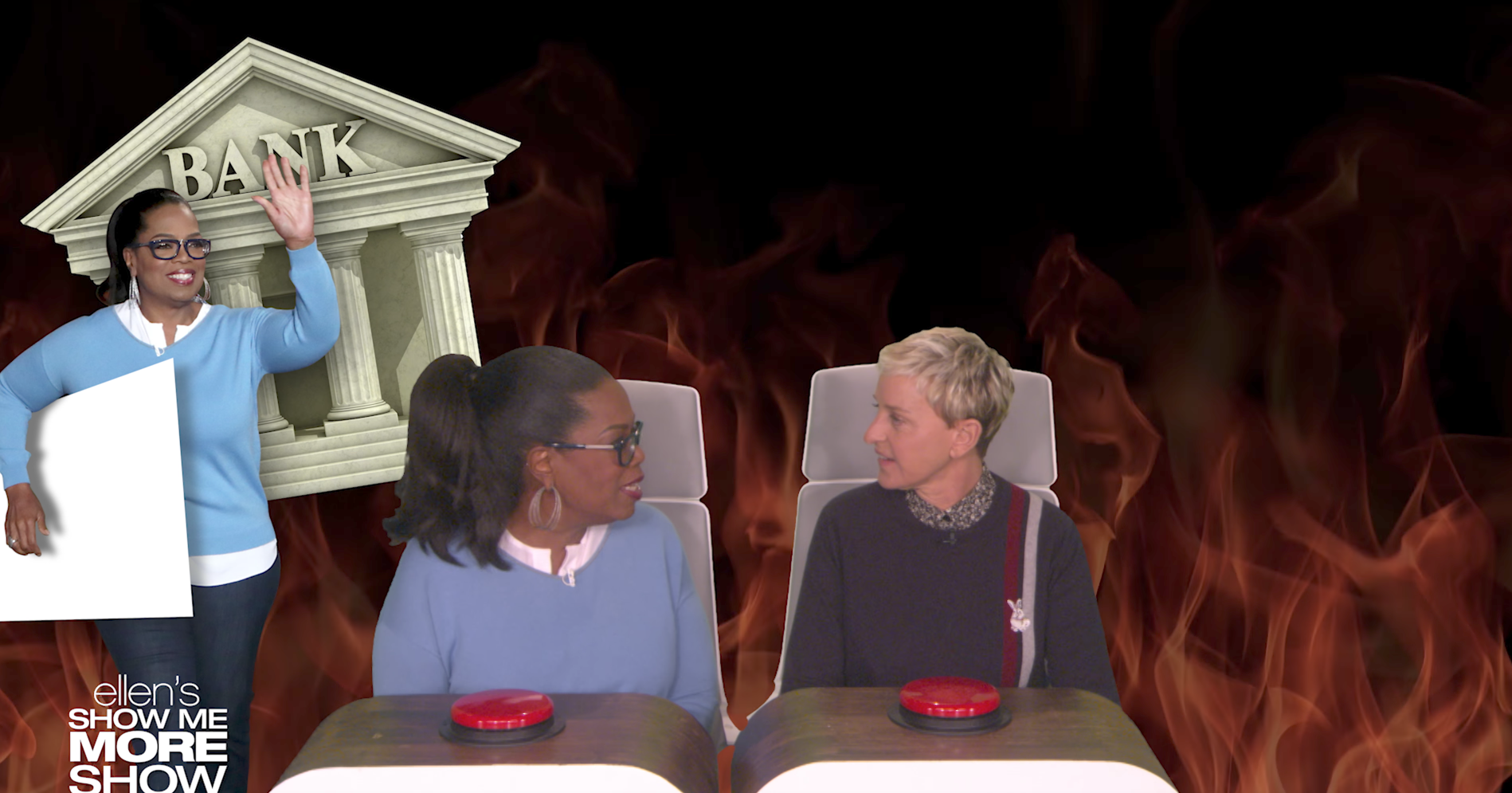 “I went to the bank recently because I hadn’t been to the bank since 1988,” Oprah explained. “What did you go to the bank for?” Ellen answered. This is the moment when the audience was thinking, “She went to the bank to deposit money or make a withdrawal, duh.” What we were not prepared for, however, was Oprah’s answer.

“To deposit a million dollars,” she replied. Come again?! “I just wanted to go there, just to do it… It felt fantastic! Actually, it was two million.” We would have loved to see the look on that bank teller’s face. First, Oprah just happened to stroll into the bank and to deposit, not one, but two million dollars like it’s totally casual.

And of course, her fans had a lot of feelings about her latest reveal. “Oprah is giggling over a $2 million check. Goals,” one fan tweeted, while another added, “Oprah’s a unicorn. She’s beat every odd and bled before us the entire way. Let her joke about going to the bank. Show kids what’s possible.”

Honestly, good for Oprah! She deserves all the success she has (she’s definitely earned it). But we just have one question: Will she adopt us?

Take a Tour Inside All Four (Yes, Four) of Oprah Winfrey’s Lavish Mansions

Oprah Winfrey Launches Her Own Comfort Food Line — but There’s a Twist!