Screen star Mariska Hargitay is the daughter of Hollywood royalty, a successful actress, and an impassioned activist — but her most beloved role is that of mom to her three kids. In an emotional new interview, the 54-year-old opened up about her home life and “perfect” family with her husband, Peter Hermann. “Our family is so perfect, or at least perfect for me. Together we’re just this whole, happy, joyful, chaotic, crazy unit. I’ve never known anything that was more right,” she gushed.

“The thing that’s made me a better parent is my kids. Because they taught me to really listen. My husband is my north star, and my kids are my teachers,” she told People. “Peter and I, we’re so different that it’s been amazing how we complement each other. He knows everything I don’t.” 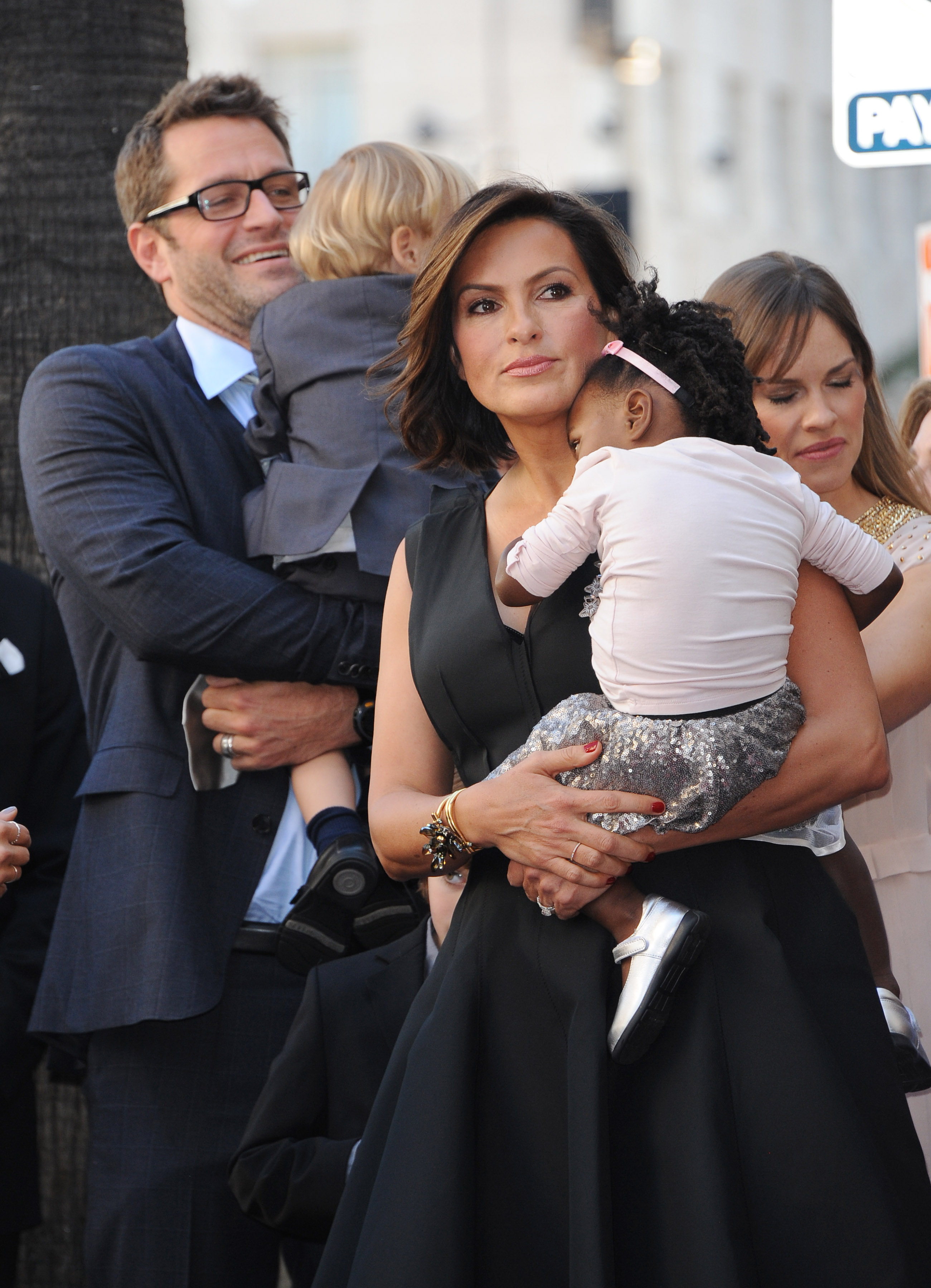 Two years after Hargitay and Hermann tied the knot in August 2004, they welcomed their first child, son August Miklos Friedrich Hermann, who is now 11. Then, in April 2011, the couple adopted their now-seven-year-old daughter, Amaya Josephine Hermann — they were even able to attend her birth. In October 2011, Hargitay’s family was completed when she and Hermann adopted their third child, son Andrew Nicolas Hargitay Hermann, who is now 6.

“The beauty is that families are made in so many different ways, and that was my reality as a child. Growing up, my family was made in such an interesting and unique way, and now I have that with my own family, and so I understand it. It’s been amazing,” Hargitay — whose parents are the late actress Jayne Mansfield and late bodybuilder Mickey Hargitay — said.

Though she is proud to be a working mom, Hargitay has admitted that it’s sometimes difficult to balance starring on Law & Order: Special Victims Unit with raising three young kids. “I get jealous that other people get to take August to school and pick him up. It’s hard for me to go to his school and not know all the parents. They all know one another, and it’s a community. I can’t always be a part of that. You can’t have everything, though,” she told Momtastic in a previous interview.

Drew Barrymore on Being a Single Parent: “I Cherish Every Day of My Life!”