Ever since Erinn Hayes was abruptly fired from (and subsequently killed off) Kevin Can Wait, fans have been introduced to a new character on the show. And now that there’s a new womanly figure on the sitcom, fans have been wanting to know: who does Leah Remini play?

Fans insisted that Leah replaced Erinn on Kevin Can Wait, and though that might be the case, Leah’s role is very different than Erinn’s was. Erinn played Kevin’s wife and mother to their three kids, Donna Gable, and Leah plays Vanessa Cellucci, a woman who used to work with Kevin before he retired from being a police officer.

Leah guest-starred in that role during the last few episodes of Season 1, so fans were unsure what role she’d come back as for Season 2. Many thought she’d become Kevin’s love interest, but instead, she returned as Vanessa again, but this time as Kevin’s detective partner!

The actress previously opened up about coming back to the small screen with her Kevin Can Wait co-star Kevin James after 10 years! “At the end of his first season, I played [Kevin’s] ex-partner. We were cops together, we were detectives together. So I just come back as that character,” Leah said of playing Vanessa. “I loved [being reunited with Kevin]. It’s an amazing feeling.” 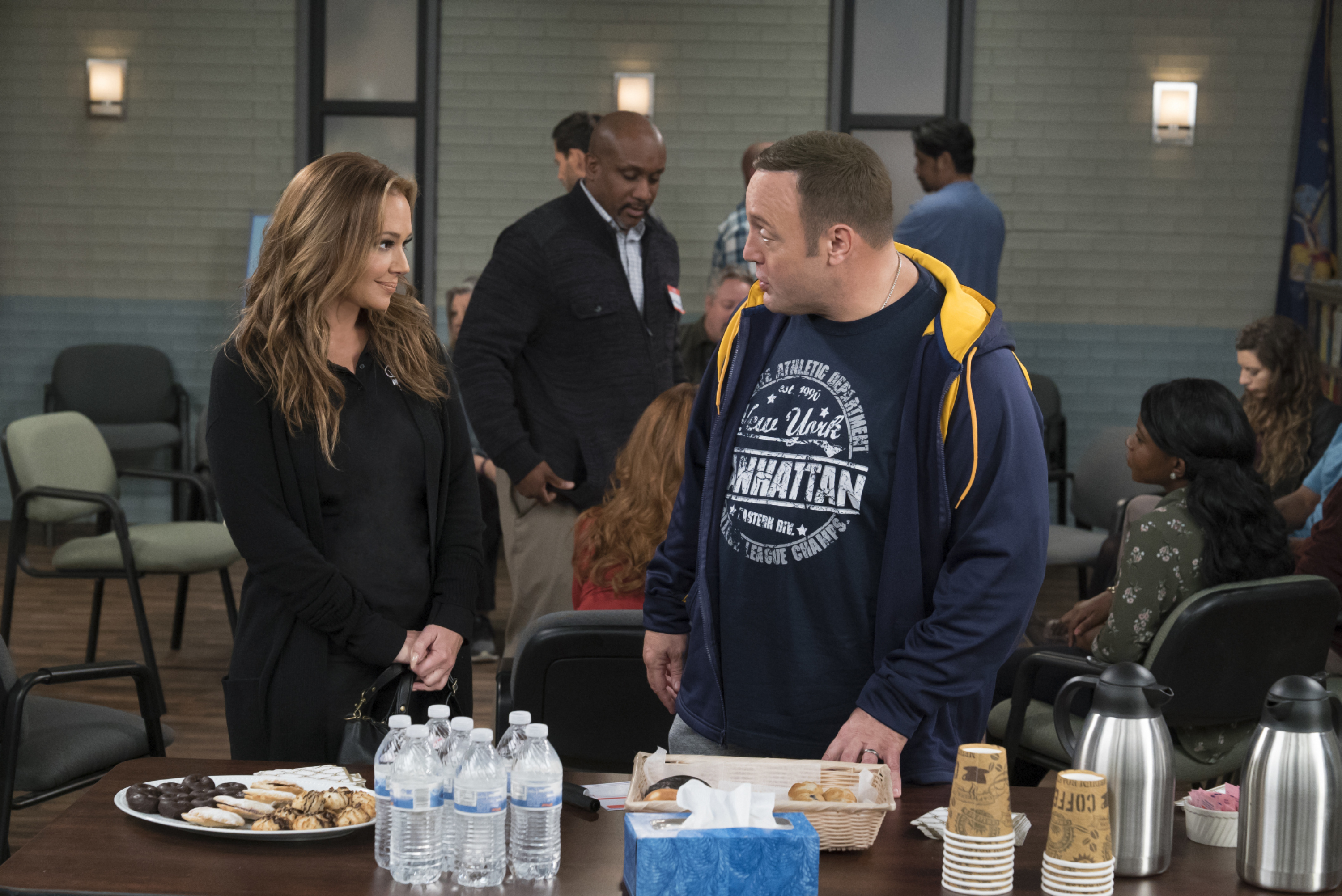 Right now, viewers are accusing Kevin Can Wait of being too much like a King of Queens reboot, but Leah admits she never had any doubts about coming on the show. “I got a call: ‘Do you want to do some more episodes?’ I said, ‘Yeah, of course, anything,'” she shared. “They said, ‘Okay, so you’re going to be doing all the episodes.’ I was like, ‘What?! For Kevin, anything.”

Although we love the dynamic between Kevin and Vanessa on the show, (they’re seriously so funny!), we’re curious if their relationship will turn into a romantic one because she’s always at his house and around his kids. It seems we’ll have to continue watching Season 2 of Kevin Can Wait to find out!

Mark Harmon Isn’t Leaving ‘NCIS’ After Season 15 but His Role on the Show Could Totally Change!