The question on many people’s minds last week was “What will Kate Middleton wear to the BAFTAs?” — and now we have our answer. Many actresses attending the 2018 British Academy of Film and Television Arts award show were expected to wear black in support of the #TimesUp movement, so, naturally, people wondered if Kate would, too. Well, here comes the spoiler: Kate Middleton did not wear black to the BAFTAs, and many people are upset.

Kate’s dark green gown, which was created by Jenny Packham — one of the duchess’ favorite designers — was certainly stunning. It featured cap sleeves and a black sash, which accentuated her growing baby bump. She accessorized with a set of breathtaking emerald earrings and necklace, as well as a black clutch and suede Prada heels. Given how stunning Kate looked, why is everyone so angry? 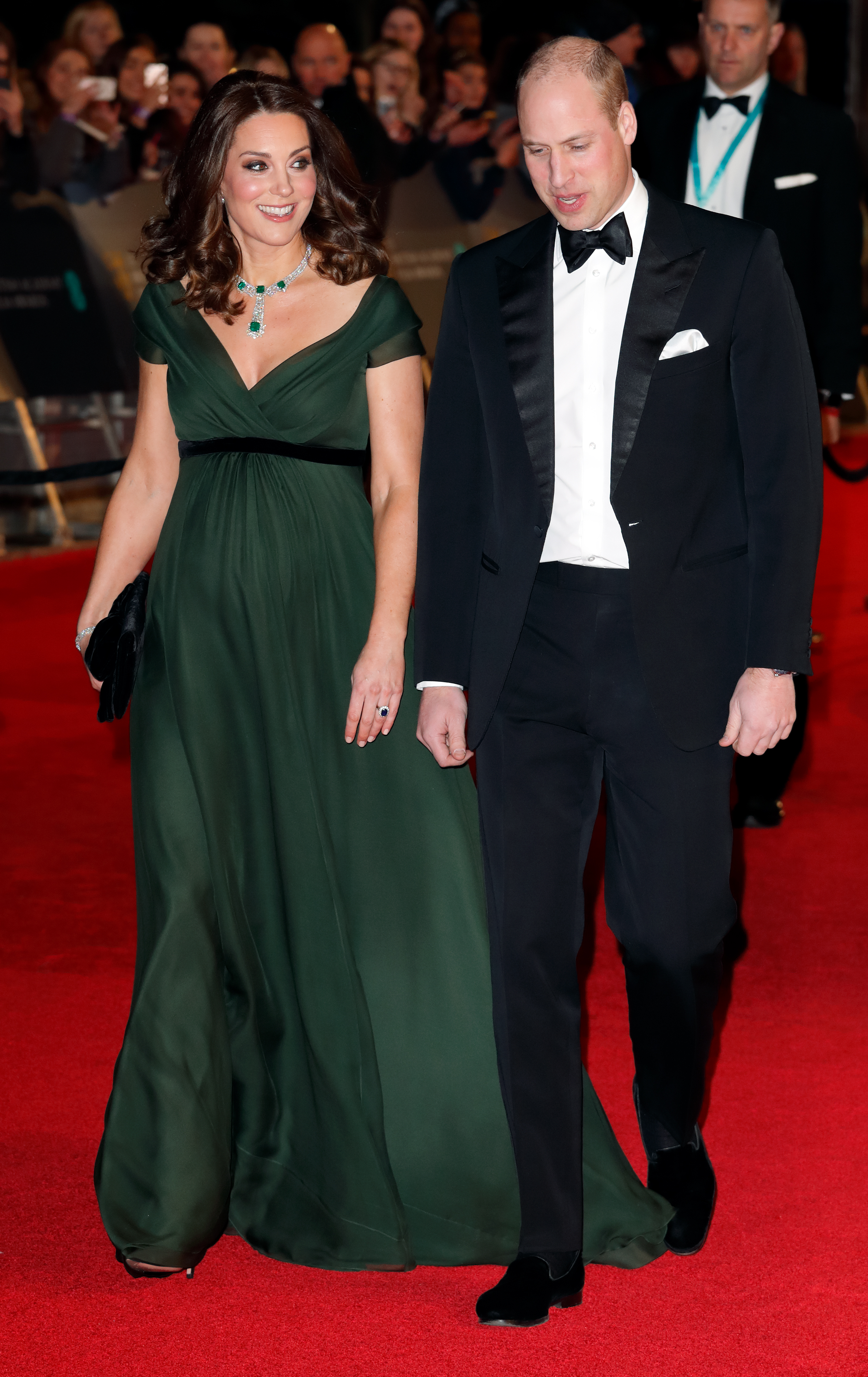 Royal etiquette dictates that no member of the royal family may make political statements, so if Kate had worn a black frock — a move which many could have seen as a blatant political statement — she might have broken protocol. But many now see her fashion choices as ignoring the #TimesUp movement rather than standing in solidarity with its members. So when it came to Kate Middleton’s BAFTAs outfit, she truly was between a rock and a hard place.

Some see the black sash and accessories as a signal that Kate tried to find a middle ground, and many have come to her defense. British commentator Piers Morgan tweeted, “Apparently, [the duchess is] not allowed to exercise HER feminist right to wear whatever colour dress she chooses.” Others, like Emily Andrews, a royal reporter for the British tabloid The Sun, tweeted that Kate’s decision not to wear black was a “massive missed opportunity.”

#Kate looks amazing tonight… & she’s damned if she does & damned if she doesn’t…but when ALL other #BAFTAs2018 women are in black, she shd be too. Saying #TimesUp to sexual harassment is not a politcal statement. It’s affirming a basic human right. Massive missed opportunity. pic.twitter.com/wuEoFsMXzR

We predicted that Kate, always the measured compromiser, would be able to find some workaround for the awards’ unofficial all-black dress code. The dress she wore to 2017’s BAFTA Awards — an Alexander McQueen off-the-shoulder black gown embroidered with white flowers — was an option, especially considering the duchess is known to recycle her outfits. But as for whether the black sash and clutch she wore this year was an acknowledgment of the #TimesUp movement might never be known. 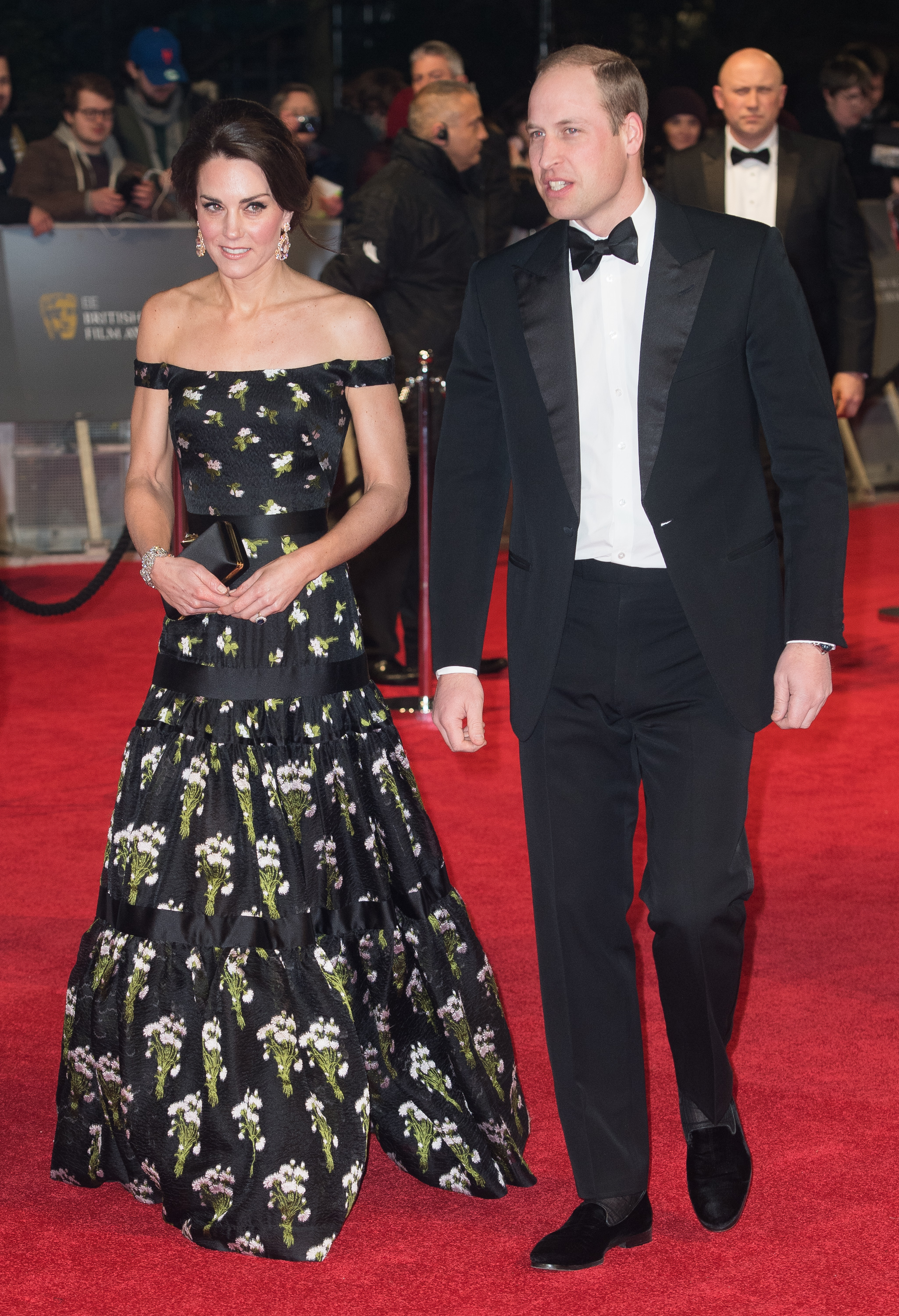 What’s more, despite all this back-and-forth about political statements versus royal protocol, Kate still took a fashion risk at this year’s BAFTAs: The plunging neckline of her gown is a departure from the demure and reserved styles she typically wears.

Kate Middleton and Prince William — along with Prince Harry and Meghan Markle — are part of the younger generation of royals working to reinvent and do away with the public’s perceptions of a tired and stuffy British monarchy. Though these young royals — Meghan especially — are more than happy to break away from old traditions, it was always unlikely that Kate Middleton would pull some kind of publicity stunt at the BAFTAs. Fortunately, we know Kate will handle this situation as she always does: with grace and class.

Harry and Meghan Pack on the PDA — So Why Don’t William and Kate?