You thought you didn’t photograph well, huh? At least you’re not this poor girl!

Chelsey Ramos and her boyfriend Reece Lagunas are getting ready for a trip to Germany to celebrate Lagunas’ 30th birthday, so they did what all good planners do: They got their passports in order. Ramos needed to renew hers and Lagunas needed to apply for his, so the two headed to Costco to have some photos taken. 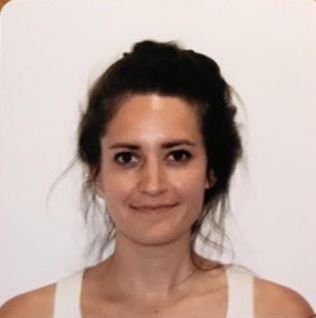 When Ramos got her passport back, she…er…didn’t get the photo she sent in. Well, not exactly.

From another room, Lagunas heard his girlfriend yell, “Oh my f-ing God…no they didn’t!” he told BuzzFeed. When he ran into the room, he burst into a fit of giggles when he saw the passport photo.

“As soon as I saw it I just started laughing. It’s one of the funniest ‘bloopers’ I’ve ever seen,” he told the Huffington Post.

The State Department nailed my girlfriend’s passport from funny

On reddit where Lagunas posted the photo, there were inevitable connections made to the 1993 film Coneheads with Dan Aykroyd and Jane Curtin.

Fortunately, the State Department was quick to remedy the error.

“The man that helped her was super helpful,” he said. “I think he pulled up the photo on his computer and also had a laugh — told her it was obviously their mistake, and provided her with all the info to get it taken care of.”

Ramos got to keep her messed-up passport, which she can look at whenever she needs a pick-me-up.

Now that the pair has gone viral, they say they’re surprised by all the attention and never “expected for this to get as much traction as it has.”

“It’s just been fun,” Lagunas said. “We’ve all needed something extra to laugh about the last seven months, and this has helped.”

Too bad space travel isn’t a reality yet for all of us normal folk.

These Betty White quotes will continue the laughs!

11 Safety Hazards That Will Make You Want to Dial OSHA

This Is Hands Down the Absolute Worst Airplane Seat Neighbor