When one mixes with royalty, they’re expected to act with grace and have their etiquette perfected. If you happen to be the Editor-In-Chief of Vogue, Anna Wintour, it’s thought you know how to present yourself while chatting with Queen Elizabeth. It turns out that Wintour hasn’t quite mastered the art of greeting royalty.

Earlier this week, the entire world was shocked Queen Elizabeth, at* the tender age of 91, made her London Fashion Week debut. As she was caught up in all the excitement, Anna forgot her manners. Although the 68-year-old editor stood up when the royal monarch entered the catwalk, she failed to remove her iconic sunglasses.

Calling shade on her actions, etiquette expert and Prince Charles’ former royal butler Grant Harrold shared his views on the matter. “Ms. Wintour should know that to wear sunglasses when talking to another person, with no medical reason, is unacceptable,” he told the Press Association. “She should have removed them before being in the presence of the queen, let alone in discussion.”

“Eye contact is important while holding a discussion, and not removing sunglasses is the height of bad manners and a serious breach of royal protocol,” he continued. “If the queen gave her permission to keep them on, then that would be acceptable, however, this would be unlikely.” 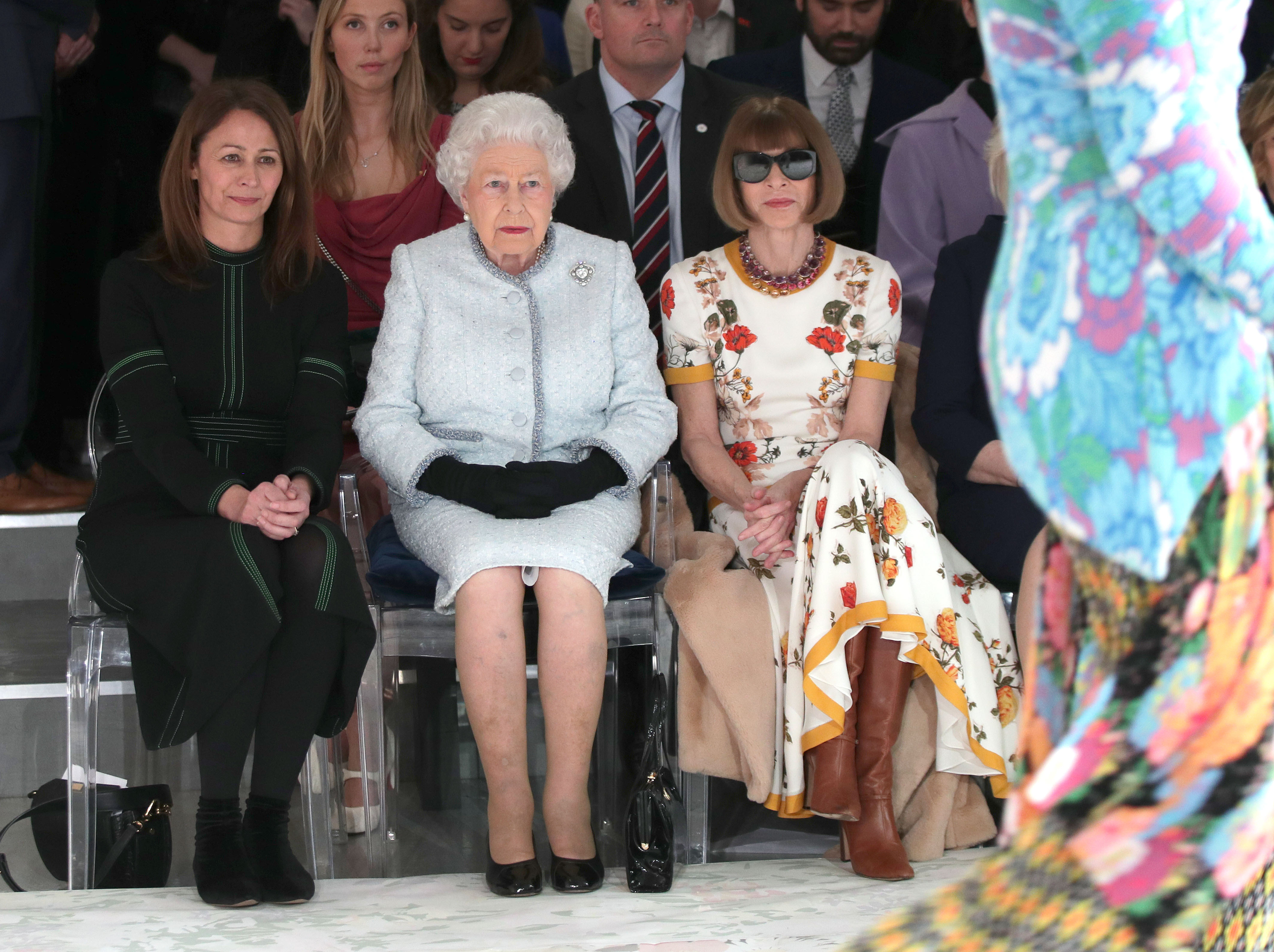 Despite his stern words, the queen seemed fine with Anna’s sunglasses. Throughout the event, the pair were seen laughing and chatting away. Twitter users, however, couldn’t help be both judge and jury over Anna’s royal offense. “Dame Anna Wintour, being a fashion editor, surely you should know wearing sunglasses indoors is so naff, especially being seated next to the Queen,” one person tweeted. “Why does Anna Wintour feel she has to wear her shades in the front row of a fashion show and sat next to the Queen?” another user shared. 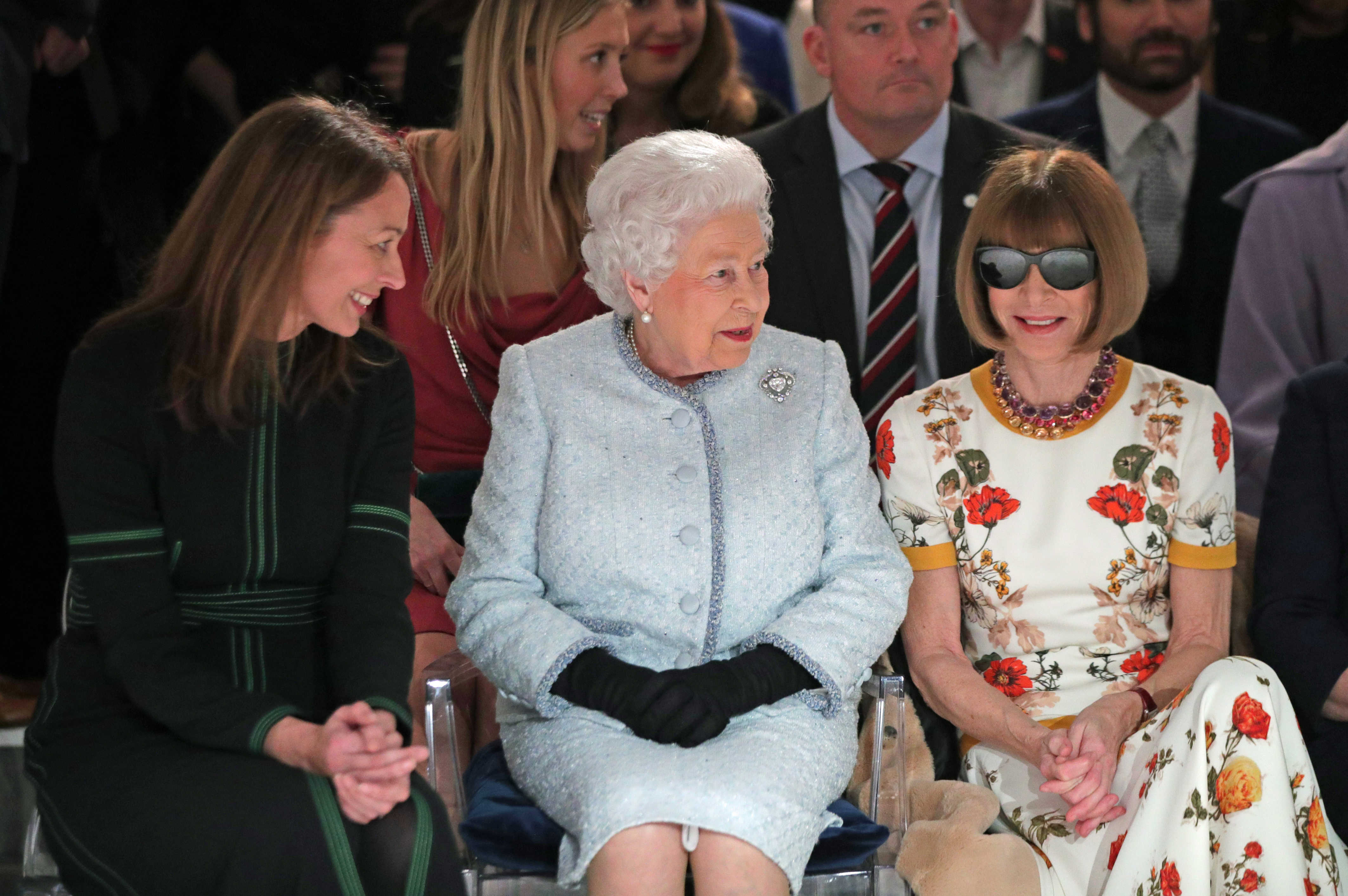 Of course, some people joked that even Queen Elizabeth can’t make Anna Wintour take her sunglasses off. We simply think it was a matter of two queens, one in fashion and the other royalty, taking their rightful place on the catwalk throne.