Some menopause symptoms are so common and so widely discussed among women that we nearly expect them to happen even before we go through “The Change.” (Hot flashes, anyone?) But other menopause symptoms can be just as commonly experienced, but not so commonly talked about. Let’s change that.

Women from all walks of life reach menopause at some point in their middle age after their childbearing years. And the vast majority of women have reported experiencing some menopause symptoms — a whopping 4 out of 5 women, to be exact. As embarrassing and unpleasant as some menopause symptoms can be, educating yourself can help you prepare for acknowledging them and treating them as needed. Moreover, it serves as a helpful reminder that when it comes to menopause, we women are (quite literally) all in this together. 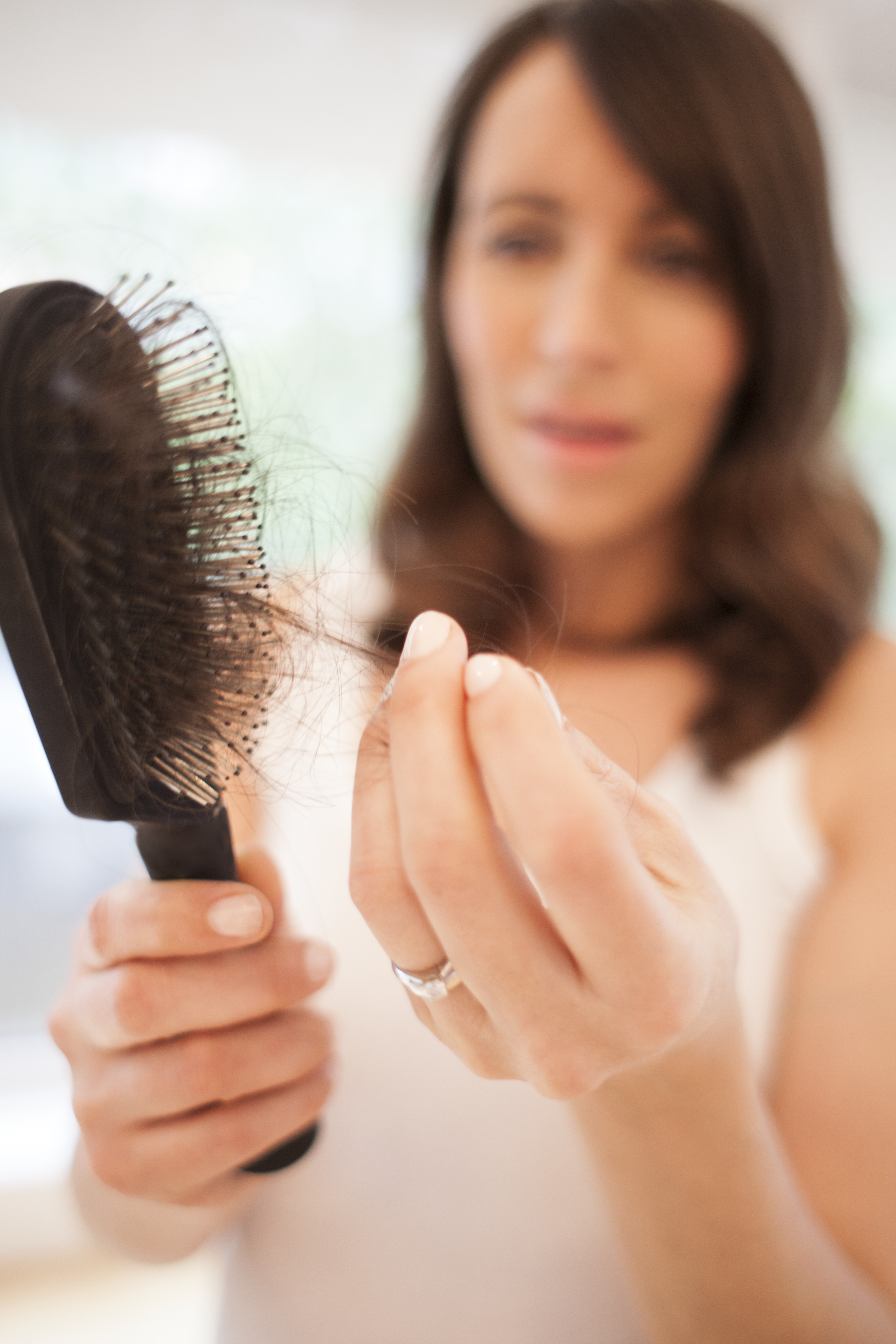 Brittle nails. Don’t freak out if your nails seem drier than usual. According to EverydayHealth.com, lower estrogen levels can lead to dehydration, which can affect your nails just as much as your skin. It’s as good a time as any to push the fluids and eat a healthy diet!

Dental issues. Thanks to the estrogen levels getting lower, your whole body is actually getting drier—including your mouth. And dry mouths can lead to tooth decay and bleeding gums, among other things. To avoid these problems, practice good dental hygiene every day, and see a dentist about any concerns you might have.

Loss of breast fullness. Lots of women notice after menopause that their bras seem much looser than they were before. Due to the change in estrogen levels, your breasts may not be as full as they used to be.

Thinning hair, or even hair loss. Because of the fluctuation in hormones, thinning hair and hair loss can be very common. According to Prevention.com, the best way to manage this is by using mild shampoos and conditioners, and avoid any chemical treatments that could potentially weaken your hair even more.

Libido going up. Prior to starting menopause, your body can have a dramatic surge in estrogen, which may make your sex drive increase. Despite all the other physical changes happening, you might want more sex than you did before menopause!

Feeling dry “down there.” Going back to decreased moisture in your body, it’s not uncommon to experience vaginal dryness. Loss of elasticity down there can also cause discomfort and even slight bleeding during intercourse. According to MayoClinic.org, water-based moisturizers and lubricants specially designed for that region may help.

Weight gain. Thanks to menopause slowing down your metabolism, it’s not unusual to gain weight during or even menopause. Many women do, so it’s nothing to be ashamed about!

See what your hair, skin, and nails can reveal about your overall health below!