Fans long admired Celine Dion’s marriage to her late husband René Angélil, and were devastated when her soulmate passed away in January 2016 due to cancer. Though some time has passed, many thoughts and prayers are still with the iconic songstress. But now, some people might be wondering if Celine Dion would ever consider marrying again after her heart-wrenching loss.

When she was asked about the possibility of a second marriage in a recent interview, Celine Dion revealed that it was much too early for her to say.

“Now it is definitely too soon for me. I am definitely in love with him, married to him,” Celine said. “He’s the love of my life. It’s very difficult for me to see myself with another person.”

She opened up more about how her feelings for him live on, even in his death.

In fact, Celine said she believes that she will grieve for him for the rest of her life. Not only was he the love of her life, he was also the only man she had ever kissed.

But there is one thing getting her through the darkest days—her children.

She revealed that she sleeps with her six-year-old twins every night to find comfort and to cope.

“I organize myself to not feel lonely,” she said. “So I got myself a huge, huge, huge bed and I sleep with my twins. They are comforting me a lot. I need them. I need them close.”

She also helped the little ones find a way to communicate with their late father.

“We kiss him every night,” she said. “We have a little ritual where we say goodnight to him with a little picture. Then the kids talk to him. And they write words, put them in balloons and we send the balloons to the sky.”

As she continues to adjust to the reality of the situation, she’s also shared the last words she said to him before he died. 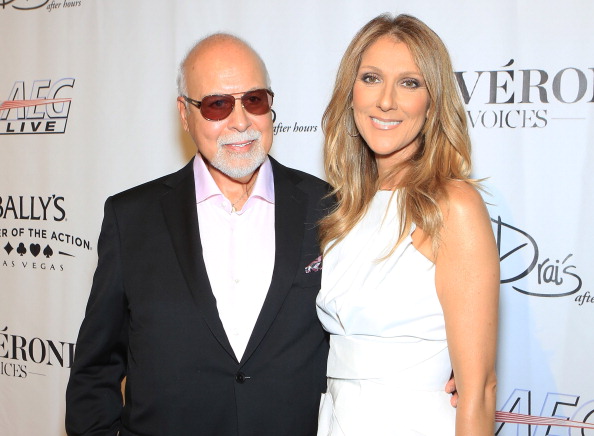 She said, “When he passed, I stand by his side and I said, ‘You know what, it’s OK, you know you didn’t deserve to suffer that much.’ He was cold. I said, ‘It’s enough, it’s enough of suffering. You gave so much, you don’t deserve that,'” she explained. “I said, ‘I’m fine, the kids are fine, OK, everything is going to be OK. You taught me, you taught me well. I’m going to use it.’ And that’s what I do every day—so Rene will never die.”

You and your whole family are still in our thoughts and prayers, Celine Dion. Stay strong!

See the longest-lasting celebrity marriages in the photos below.