At 75 years old, celebrity Martha Stewart has been known to audiences everywhere for well near five decades, and during that time it doesn’t appear as though she’s aged a bit. So while we continue to pray for the discovery of the real fountain of youth, we’re content to get by on Stewart’s words of wisdom when it comes to having ageless beauty. You can’t really argue with her results, can you?

Make your skincare a priority.

According to Forbes, Martha Stewart’s net worth hovers somewhere around $970 million, so while she has all the money in the world to throw at expensive skin care products — and trust us, she certainly does indulge in that — some of her vanity staples are things you can pick up at your local pharmacy for less than five dollars.

“At night, I wash my face really well, because I have to have my makeup done a lot. Johnson’s Baby Oil with a warm washcloth is one great way to take it off. I like oil because it keeps my skin very moist, and it works for me. I don’t get clogged pores,” she told PEOPLE.

If you’re willing to shell out the big bucks for skin like Stewart’s, check out her other favorites, which include brands like Mario Badescu, Yon-Ka, Cle de Peau, Susan Ciminelli, and Skinceuticals. 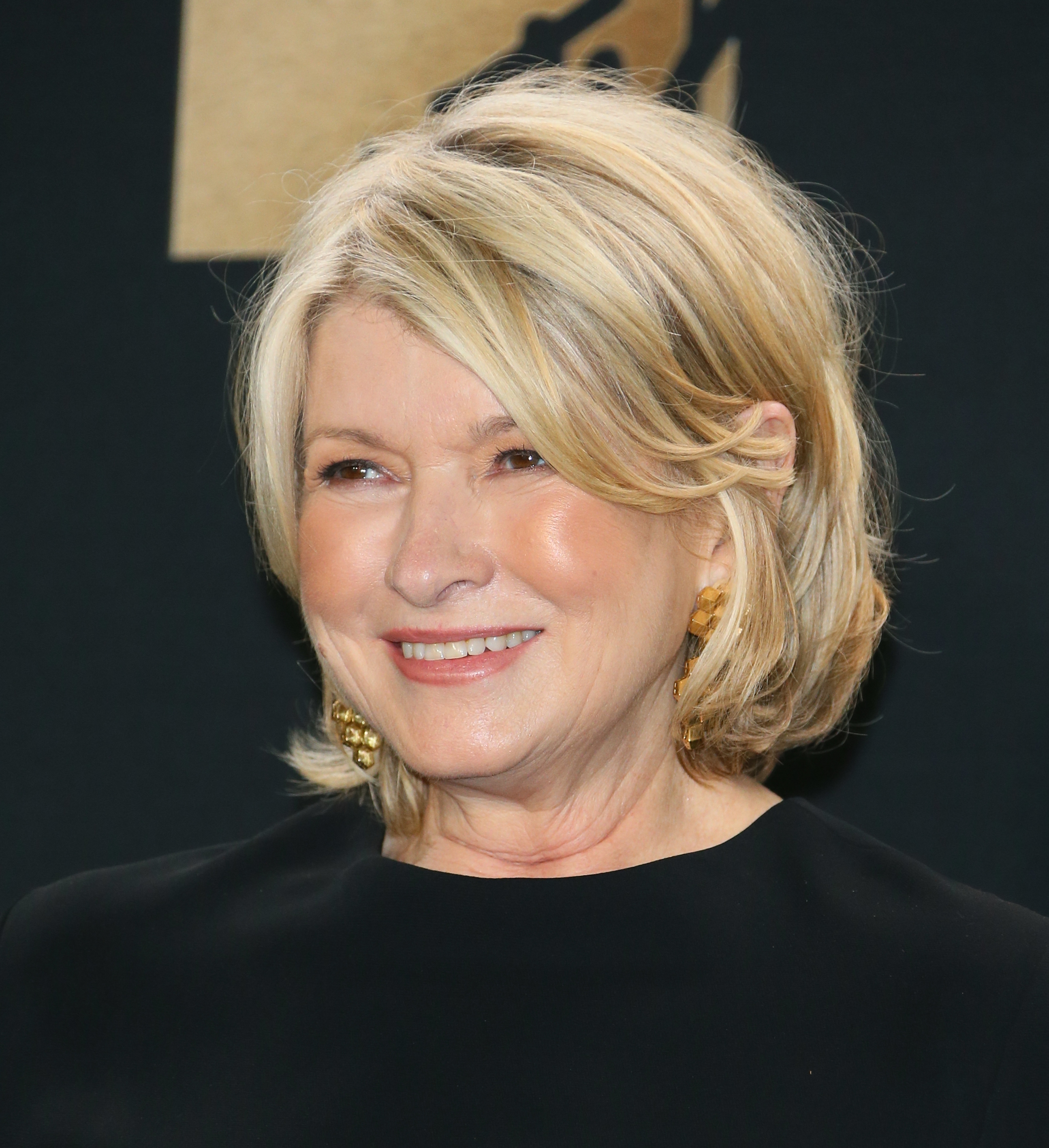 MUST-SEE: Create the Ultimate Anti-Aging Facial With These 3 Fruits

When you’re the star of a TV show and you run a multi-million dollar empire, catching some Z’s is low on your list of to-dos. So how do you combat the dark under-eye circles and feelings of fatigue? For Stewart, the answer is to use a face mask religiously.

“I don’t sleep too much. Every morning at 4 o’clock when I wake up, I put a mask on. Any kind of mask. I have gingko, I have gommage, I have collagen. I have all of those masks. Then I go back into bed, and I leave that on until I get up to go shower. It’s very good for your skin. It’s hydrating. I put it on my décolleté, so you look nice, and on my hands.”

While this sheet mask habit will certainly put a dent in your wallet, there are plenty of at-home, DIY face masks that’ll leave you looking younger at a fraction of the cost.

Martha Stewart isn’t the only celeb battling under-eye bags. Sandra Bullock has found a pretty unconventional way to get rid of hers.

A green juice a day keeps the doctor away.

While it may not look like the most appetizing snack, a green juice is an easy way to get your daily dose of vitamins.

“I drink green juice every single morning,” Stewart told PEOPLE this year. “And I make it out of vegetables that I grow, in the greenhouse in the winter, in the garden in the summer. And they’re organic vegetables.”

Stewart shared her go-to recipe with TODAY and it includes green pears, celery, English cucumbers, parsley, ginger and oranges. Yum! Of course, it’s so easy to customize a green juice to your own liking.

Fish should be you go-to source of protein.

In her book Clean Slate: A Cookbook and Guide: Reset Your Health, Detox Your Body, and Feel Your Best, Stewart revealed that she’s a big supporter of the Mediterranean diet. While that sounds exotic, it’s actually a very doable meal plan that’s been shown to “[ward] off heart attack, stroke, and premature death.” 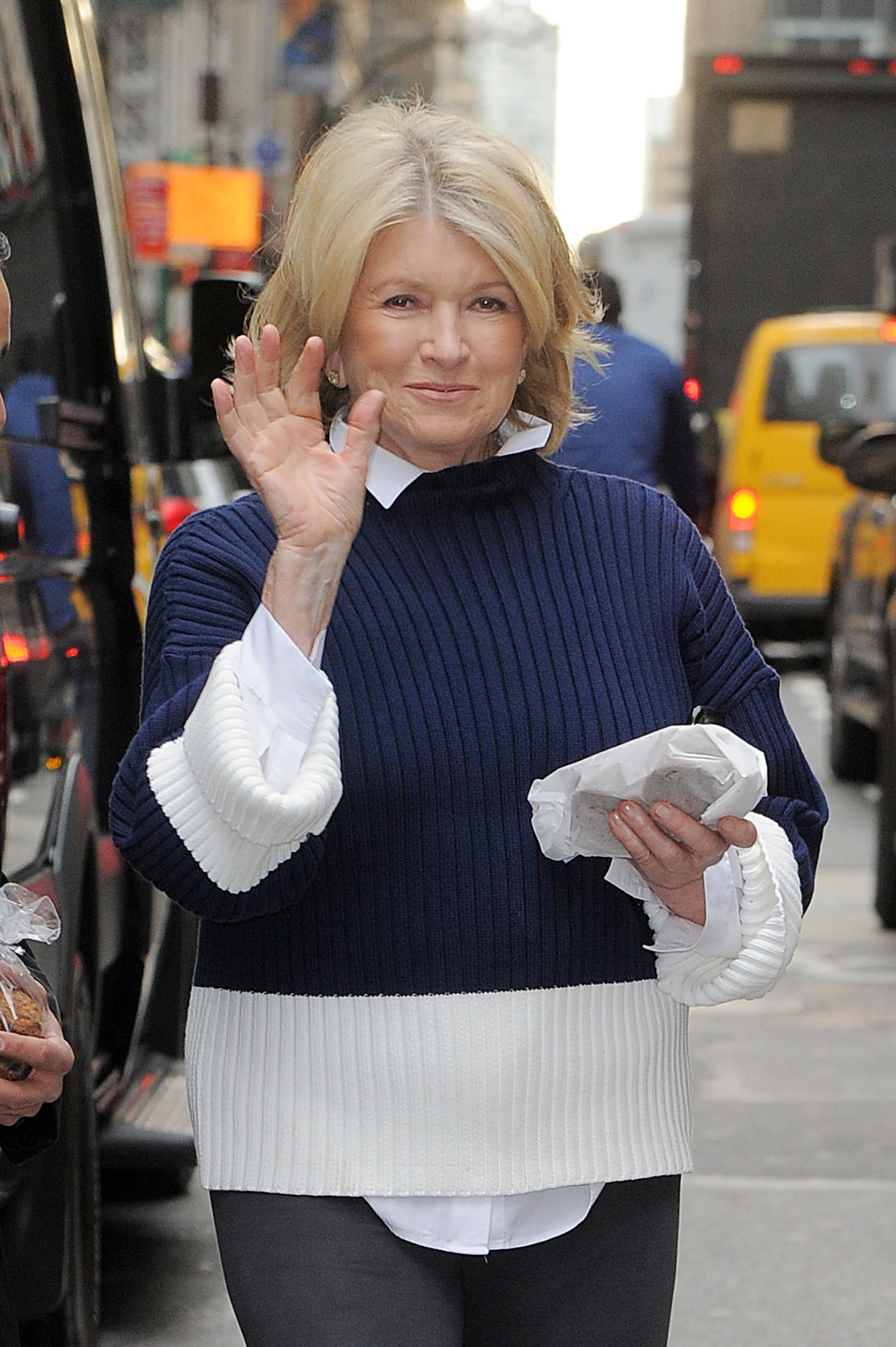 MUST-SEE: The Secret to a Healthier, Alzheimer’s Free Life May Be as Simple as Using More of This Herb

Exercise as much as you can.

Yuck, right? Exercising isn’t fun, but there’s no denying that it does a body good.

So what’s Stewart’s workout of choice? She recently revealed to the New York Times that she enjoys taking spin classes. She also talks about her love for yoga, a practice that she’s so passionate about that she actually taught it while she was in jail. Seriously!

NEXT: These photos of a young Martha Stewart prove she was always a stunner.