In preparation for her new movie, A Bad Moms Christmas, star Mila Kunis had to spill all of her “bad mom” confessions. During her latest appearance on Jimmy Kimmel Live!, she told guest host Shaquille O’Neal that her daughter, Wyatt Kutcher, 3, has no clue what her mommy does for a living.

“It’s weird, because there are billboards everywhere in LA right now, and in the billboard, I’m wearing a Santa hat. And my daughter has no clue what I do for a living. She kind of thinks that mommy gets hair and makeup done for a living — that’s what I do,” she confessed. “Because she comes to the hair and makeup trailer, and then she leaves. She saw this billboard of me with the Santa hat and she says, ‘Huh! That’s silly. Why is mommy wearing a Santa hat?’ I was like, ‘I don’t know.’ I don’t know how to even explain to her what I do for a living, so I don’t know when she’s going to see any of my movies, because none of them are OK. None of them! I clearly don’t make movies for children, you guys.” 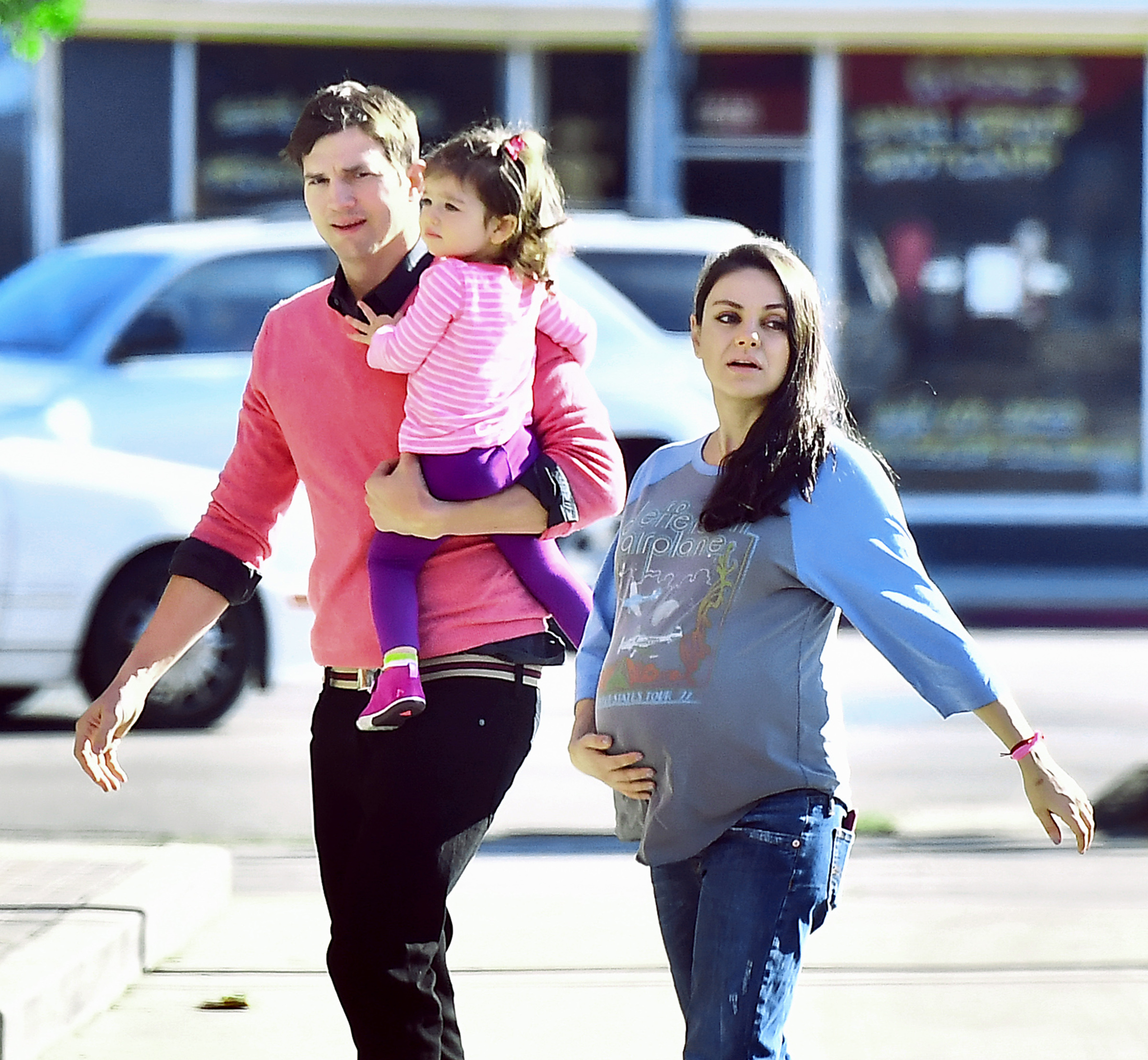 In another interview with Extra, the mother-of-two revealed that she gives her little girl wine every Friday… for religious reasons! According to the 34-year-old, she and hubby Ashton Kutcher, 39, host Shabbat dinner every Friday — a Jewish holiday where drinking wine is customary.

“We do Shabbat at our house,” Mila explained. “At Shabbat, you have a sip of wine. My daughter had a sip of wine since she was born… Friday mornings she wakes up and I say it’s Friday, she says, ‘I can have wine!’” We bet little brother Dimitri Kutcher, who’s nearly one, enjoys some pinot of his own, too!

Though Ashton and Mila only tied the knot in 2015, their relationship blossomed for years. They, of course, met while filming the sitcom That ‘70s Show in 1998 when Ashton was 19 and Mila was just 14. Though they are seriously #CouplesGoals today, back then, playing on-screen love interests was admittedly uncomfortable for the teen stars.

“I think I was her first kiss, like, on the show,” Ashton shared of his now-wife on The Howard Stern Show back in June. “It was really weird. I was like, ‘Isn’t this illegal?’ It was really awkward. She was 14! She was like my little sister. I wanted to make sure she was OK.”

Mila opened up to Elle last summer about how their relationship first began. “We started dating with the idea we’re both never going to get married,” she said. “[Ashton] just got out of a marriage. I got out of a long relationship. I was single and having the best time ever. I was totally dating, having a great time, and I was like, ‘I’m never getting married.’ He’s like, ‘Great, neither am I!’ And we’re like shaking hands on it and we’re like, ‘Life is great!’ A year later, we’re like, ‘Tomorrow, let’s get married.'”

This story originated on our sister site, Closer Weekly.