Hitting the 12-week mark of your pregnancy is always such an exciting time. You can officially announce your happy news to the world, and there’s no more hiding the nausea, or making up questionable excuses to refuse a drink. My husband Sean and I were ecstatic as we excitedly shared the news on Facebook that we were pregnant again. We already had a 2-year-old, Laila, and we couldn’t wait for our family of three to become four.

As any expectant mom will know, you’re a lot more conscious of your body and had I not been pregnant, I might not have taken much more notice of the stinging sensation in my right armpit. I got up and looked in the mirror, noticing it was really swollen. “I’m going to get it checked out, just in case,” I told Sean. I was worried I’d caught some sort of infection that would affect my baby.

“It feels very tender, like something’s digging in,” I explained to my doctor. The doctor immediately arranged an ultrasound and a biopsy. That had me worried. Two days later, I got a phone call telling me to come back in. I knew before I even got there, it wasn’t good news. If it was, they would have told me over the phone. But I was only worried about my baby, preparing myself to be told it was an infection. The actual diagnosis completely floored me: “You have breast cancer,” the doctor said softly. At first, I thought I must’ve misheard. A thousand thoughts ran through my mind.

I was petrified for myself, but more so for my baby. We had to wait a further two agonizing days to find out the type of cancer, as there was a chance I wouldn’t be able to go through with the pregnancy. “We need you,” Sean whispered to me during those painful days. I couldn’t bear to imagine losing my baby as well as fighting cancer. How was it only a few days ago we were sharing our happy news?

But the cancer turned out to be triple-negative, which meant I could be treated and carry my baby to full-term. Having this type of cancer means that the three most common types of receptors known to fuel breast cancer growth aren’t present in the tumor. Triple-negative breast cancer also generally responds well to chemotherapy. While I was still pregnant with my baby, I had to have a mastectomy and chemotherapy. Then I’d have to do a course of radiotherapy after I’d given birth.

As I was entering the second trimester of pregnancy, I was being booked in to have a mastectomy. Timing was everything. I’d have my right breast and 23 lymph nodes removed before 16 rounds of chemotherapy. I was petrified of the risks but knew I had to fight for me and my precious cargo.

Two weeks after the diagnosis, I went in for surgery. Luckily, everyone in the hospital was amazing, from the anesthesiologist, to the obstetrician, to the surgeons themselves. Afterwards, I didn’t have long to recover before I started chemo. I had a port administered and would sit in a ward being pumped with chemicals every few weeks. It was always on a Wednesday, and I always dreaded it. 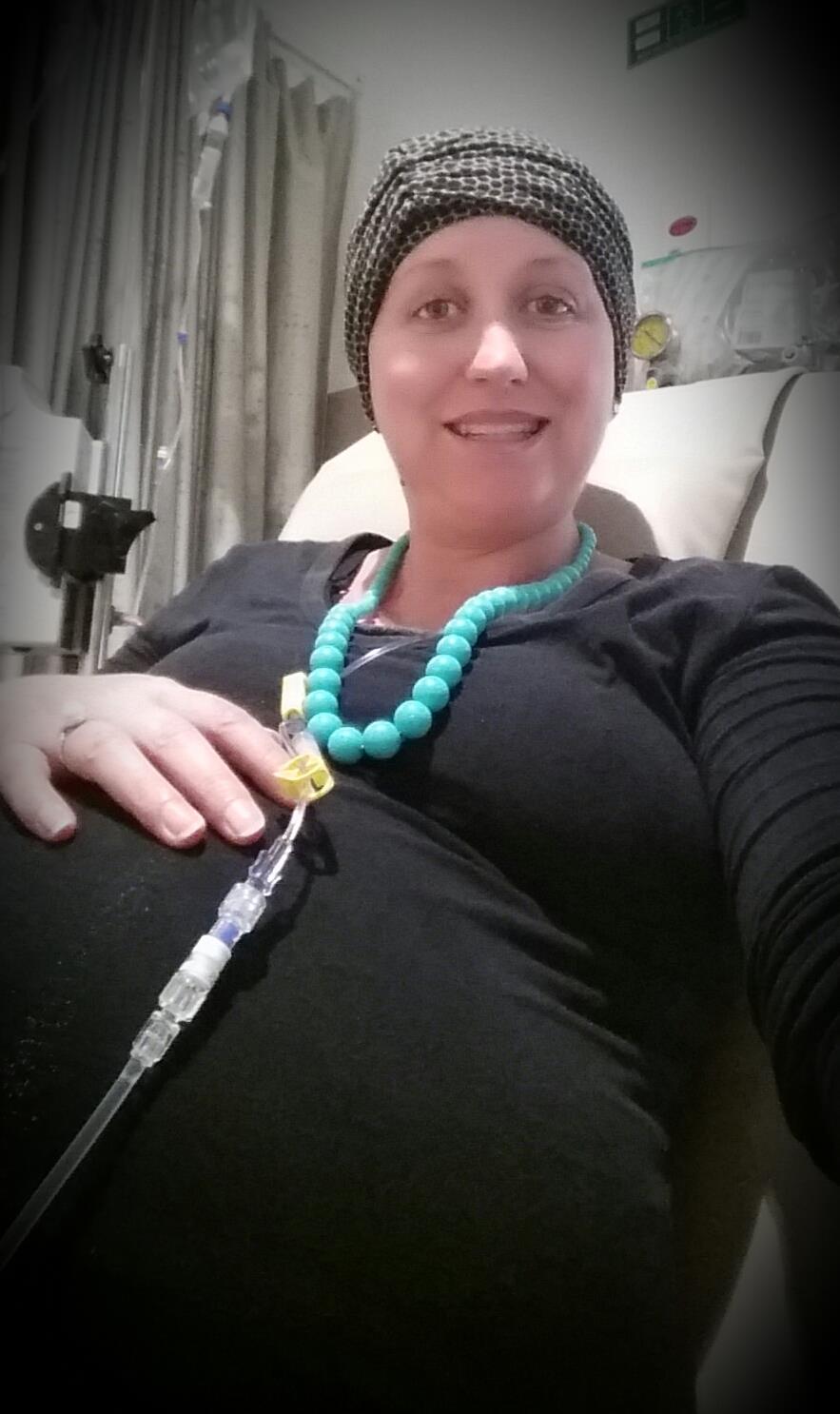 I got an allergic reaction and would have these sneezing fits, but I wasn’t allowed antihistamines because I was pregnant. I thought that was quite ironic — I wasn’t allowed an antihistamine but I was allowed chemotherapy. Chemo was as awful as you’d imagine, but I think being pregnant helped me cope with the nausea. It was just like continued morning sickness.

I suffered all the regular side effects along with the severe nausea: aching body and hair loss, including my eyelashes. That was really hard because I had this burgeoning baby bump but I looked so sick. People would stare at me when I went out as it was very apparent I had cancer, but when they noticed my bump, I could see the confusion then horror on their faces. Also, I was downright exhausted. Having a 2-year-old is tiring enough before throwing in a pregnancy, an operation, and chemotherapy into the mix.

Chemo finally finished three weeks before I had my baby, but I didn’t celebrate. I was too terrified it’d be tempting fate. When I went into labor, it was so surreal. I really felt that cancer had robbed me of the joy of pregnancy. I can’t begin to describe the emotion I felt looking at my beautiful baby boy Harlyn as he came into the world — we’d made it. But I still had a fight ahead of me.

I couldn’t breastfeed, and I did feel less “womanly” this time around. Because I was embarrassed about my body, I carefully selected what I’d wear when I was giving birth. With Laila, I’d just let it all hang out. I was also robbed of Harlyn’s first precious few weeks, as I had to spend the first six weeks in the hospital. I started radiation, getting 30 rounds over five weeks. Honestly, it felt like my skin had been cooked as it began flaking off. But I persevered. Finishing the radiotherapy was a wonderful feeling, but I still didn’t feel like I was out of the woods — I guess I still don’t after such a traumatic experience. 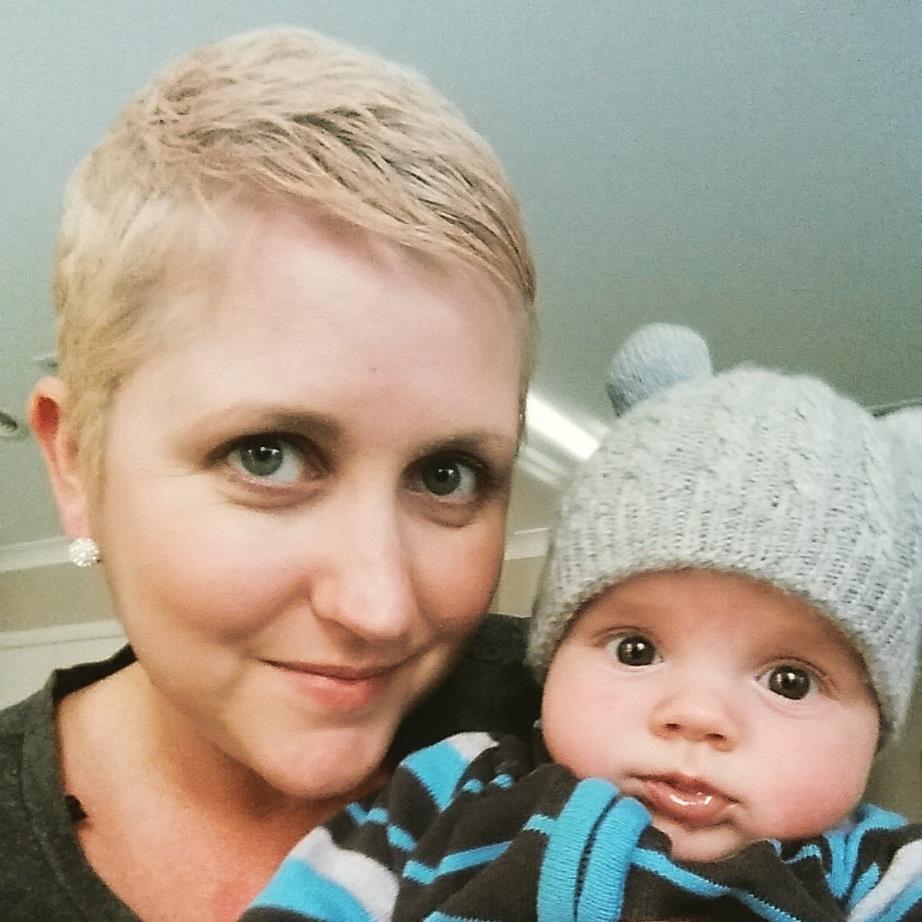 Slowly as my skin healed and my hair grew back, I started to feel more like myself again. When I was told I was finally in clinical remission a year later, I felt hope again for the first time. Sometimes when I think back to this time, it’s almost like it happened to someone else. I don’t know where I got the strength from; I guess you just have to keep going. While it was undoubtedly the hardest thing I’ve ever had to endure, I am proud of myself. And I know Sean is, too.

And when the kids are old enough, I’ll tell them about the battle and what a little miracle Harlyn proved to be. Sean was an unwavering source of support and is the best dad to our kids. And, of course, if ever I was having a down day, there was little Laila to keep my spirits up. I couldn’t have done it without them. My advice to any women out there is to really know your own body and listen to it if something doesn’t feel right. I know how lucky I am we caught the cancer when we did, and I make sure to cherish each and every day because of it. 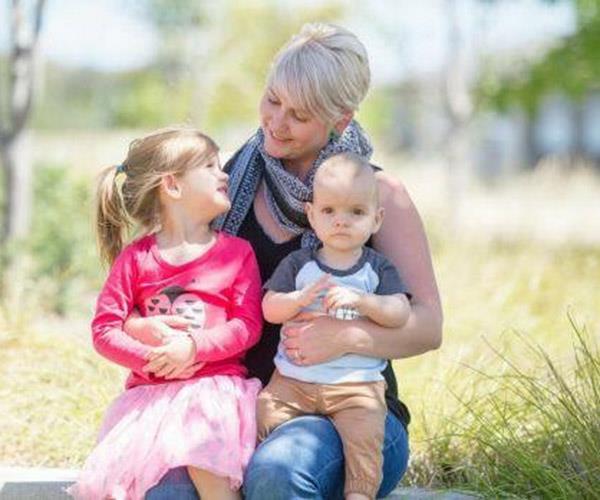 This article was written by Erina Holding told to Lorna Gray. For more, check out our sister site, Now to Love.

‘A Long Hug Helps Me Feel Safe’: How to Comfort Someone With Panic Attacks, From a Woman Who Knows