Singer Kelly Clarkson is beyond beautiful at any size, but the mom of two has recently shed a few pounds — and now she’s revealed the secret to her weight loss. “I’m not working out! I think people think I’m working out, and I’m like, ‘Don’t think I’m going to come play some sport!'” the 36-year-old confessed on the 2018 CMT Music Awards red carpet on June 6.

“I literally read this book, and I did it for this autoimmune disease that I had and I had a thyroid issue, and now all my levels are back up. I’m not on medicine anymore because of this book. It’s called The Plant Paradox by Steven R. Gundry ($16.79, Amazon), MD,” Clarkson told Extra. It’s basically about how we cook our food, non-GMO, no pesticides, eating really organic. Literally, I haven’t worked out at all!” 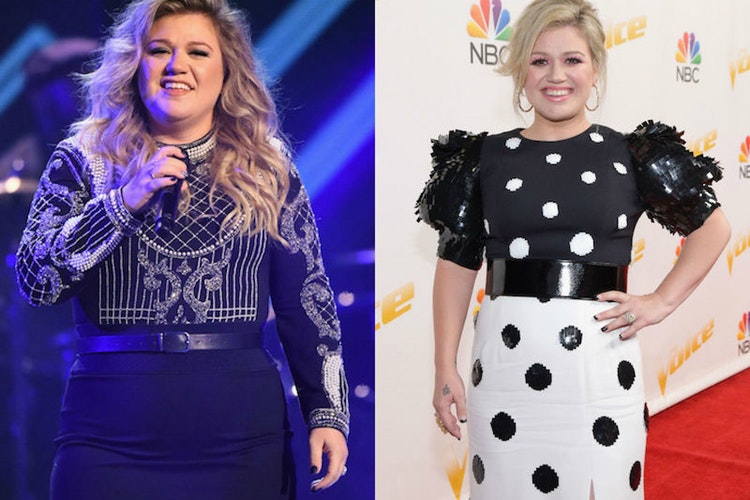 This isn’t the first time The Voice coach has opened up about her recent weight loss. After fans commented that her size seemed to be shrinking during the most recent season of the hit NBC singing competition, Clarkson quipped, “I have to shout out my whole glam squad. I literally hired Harry Potter and SPANX; it’s all like a sausage.”

Though we’re not exactly sure how much weight Clarkson has shed in the past few months, fitness coach Nadia Murdock told Life & Style magazine, “Kelly looks like she’s lost 40 pounds! You can definitely tell there was a dramatic weight loss.”

Despite Clarkson’s fabulous new look, the singer has admitted she’s confident with her body at any weight. “People think, ‘Oh, there’s something wrong with her. She’s putting on weight,'” she previously shared. “I’m like, ‘Oh, no! I’m sorry, but that represents happiness in my emotional world.’ No one actually cares about your health. They just care about aesthetics. It’s when I’m fat that I’m happy.”

Kelly Clarkson Gets Real About Hollywood’s Unrealistic Beauty Standards: “This Is Fake News!”

Meryl Streep Was “Totally Freaked out” by Kelly Clarkson at the Golden Globes, Admits Singer