I already know how I want to die: surrounded by different kinds of shrimp and smelling slightly of scampi sauce. So when I heard that Red Lobster was testing out a delivery program in New York City, I really had only one option — to try it. And try it I did.

How to Get Red Lobster Delivery

Red Lobster recently partnered with the food delivery service Grubhub — which also owns Seamless, Eat24, AllMenus, and MenuPages — to test a new Red Lobster “on-demand” service. Though the delivery menu isn’t a full Red Lobster menu, it offers plenty of guest favorites, specials, and new offerings you can enjoy in the comfort of your own home or office. That last part is important to me because as much as I enjoy digging in (and I mean literally) to a pile of crab legs, I would prefer to go to town on my food away from the judging eyes of strangers. (Why is everything delicious so messy to eat?)

I tried the Ultimate Feast based on the advice that it would be a great way to try a little bit of everything. That was the understatement of the year. When the piping hot delivery reached me after a mere 20 minutes (it takes longer than that to do my eyeliner in the morning), I had a sinking feeling that I had ordered way too much food. I unpacked the bag and pulled out a lobster tail, snow crab legs, garlic shrimp scampi, Walt’s Favorite Shrimp, a Caesar salad, a baked potato, french fries, and — most importantly — Cheddar Bay Biscuits. They weren’t lying when they said you could order almost anything they served at a brick-and-mortar Red Lobster. 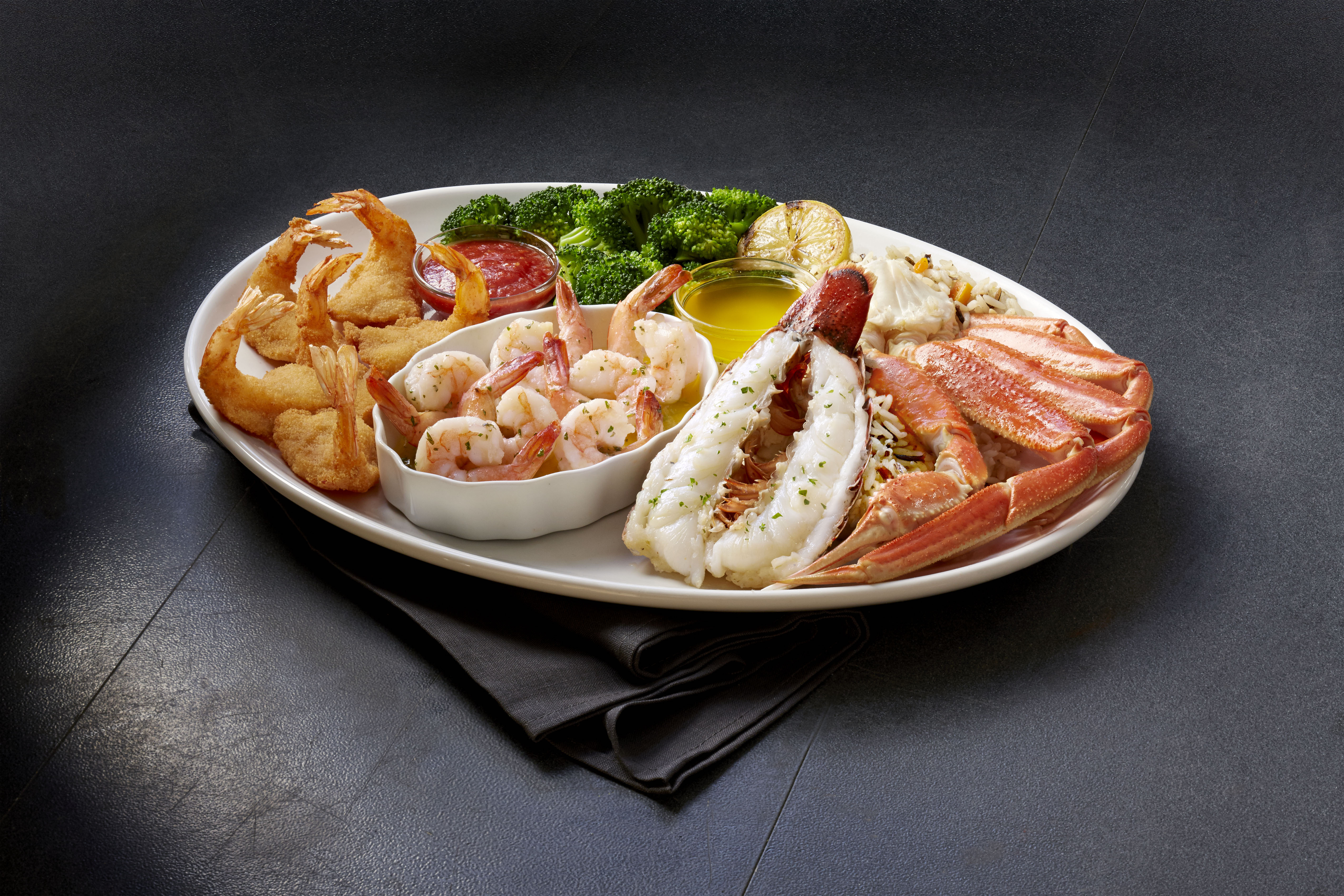 As I wrestled with a few decisions, namely what to eat first (not the salad, duh), whether I should share with my coworkers (I was selfish and didn’t), whether I was really going to eat a second lunch (you betcha!), and if I had the self-control to save some biscuits for tomorrow (I did), I definitely felt overwhelmed.

One thing that really struck me as I worked my way through the shrimp dishes is how none of the food lost its deliciousness during the bike ride to my office. If anything, getting to savor my scampi while watching cute cat videos on the internet (please don’t tell my boss) made my dining experience so much more enjoyable. In fact, I would argue that the only benefit of dining in at Red Lobster is free refills — oh, and Endless Shrimp.

High on seafood-induced happiness, I did find it in my heart to share one Cheddar Bay Biscuit with a coworker who had never had one before. Her review pretty much mirrors mine, especially when it comes to deciding whether to eat another biscuit or save room for the main course: “As a neophyte to both the Red Lobster experience and consumption of Cheddar Bay Biscuits, I had high expectations but also NO EXPECTATIONS. What surprised me the most was how fluffy and light they are — I was expecting a dense biscuit experience. But they were salty and fluffy and I feel like I could probably eat the whole bag of them but probably shouldn’t.”

I had to wave my white flag after foolishly loading up on french fries. I managed to finish both the scampi and Walt’s Favorite Shrimp, as well as a quarter of the lobster and two Cheddar Bay Biscuits before calling it quits. Fortunately, none of the remains went to waste, and I had enough leftovers for dinner the next night.

So would I order Red Lobster delivery again? Absolutely! My dad is recovering from a back injury that forced him to learn to walk all over again, so being able to get a meal delivered — rather than eating out without him — is truly a difference-maker. And if I can get all the benefits of a meal out without the hassle of waiting for a table, waiting for my meal, and waiting for the bill, why wouldn’t I order delivery?

13 Shrimp Recipes So Delicious They’ll Knock Your Socks Off