“Do you think she’ll like it?” the guy asks nervously, glancing from side to side, pawing the bra in his hands like it’s a bomb that might not have been disarmed. “Do you like it?”

In my days as a retail assistant in a big fashion store, I navigated situations like this quite frequently around Christmas. Men would tiptoe into the lingerie department, pick a bra seemingly at random, and glance about shiftily until a member of staff appeared. At which point, they’d decide that because said member of staff was female, she must have the same taste in underwear as their girlfriend.

There’s mistake number one. What I like to cover my breasts with isn’t necessarily the same as the next woman. So, no. I actually have no idea if she’ll like it, and what I think of it is wholly irrelevant.

Let’s get one thing straight: If their partner has sent them shopping with instructions to buy underwear, then props to them for making an effort to get her something she actually wants. But if they’re doing it as some sort of sexy surprise, they should probably keep the receipt. Although some women would be delighted to open a new set of panties on Christmas day (that may or may not be the wrong size, because you wouldn’t believe how many men don’t check how female sizing works) others, like me, find something a bit presumptuous and gross about it.

First, it’s a tired cliché that all women like underwear. Some prefer Calvins, or even to go commando. And if you’re not sure what your partner’s taste in underwear is, or even what size she needs, then you’re playing with fire buying some as a gift. Again, if you have the facts before buying, cool. 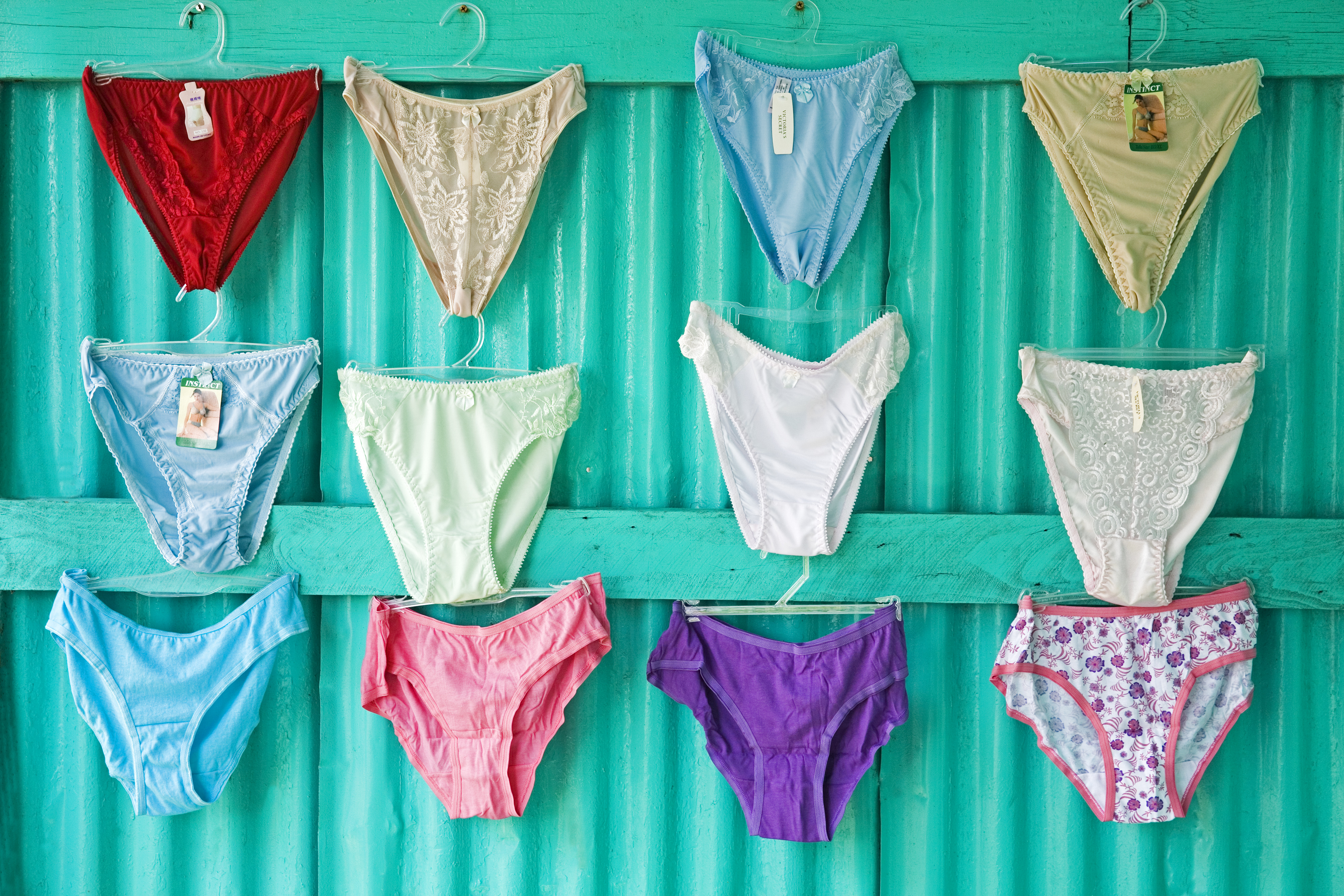 Secondly, there’s something about a man choosing to buy underwear without checking. It could be it’s something his partner wants or likes, or it’s because he sees her as a sexual plaything, there to be dressed up and ogled at. That’s probably not the thought process that goes through a guy’s mind when he wanders into the lingerie section, but more the result of how women have historically been viewed in society. Why else would underwear have ended up as the go-to gift? Why aren’t men’s boxers sexualized in the same way?

If I want new underwear, I’ll buy it myself, and for no other reason other than to make myself feel good. If my partner happens to like it, great, but my undies (or, indeed, any other aspect of my appearance) aren’t chosen or cultivated with men in mind. Receiving unexpected underwear would only highlight to me that my boyfriend doesn’t really know me, and wouldn’t make for a very merry Christmas.

This post was written by Thea de Gallier. For more, check out our sister site Closer.

How to Make Sure Your Christmas Tree Doesn’t Have Bugs

Why I Didn’t Give My Baby Any Presents on Christmas