Prince Harry and Meghan Markle are set to tie the knot on May 19 at St. George’s Chapel in the most anticipated ceremony since, well, the last royal wedding. Shortly after the engagement was announced back in November, the royal family confirmed that they’d be footing the bill for the celebrations. So, how much is the big day expected to cost? 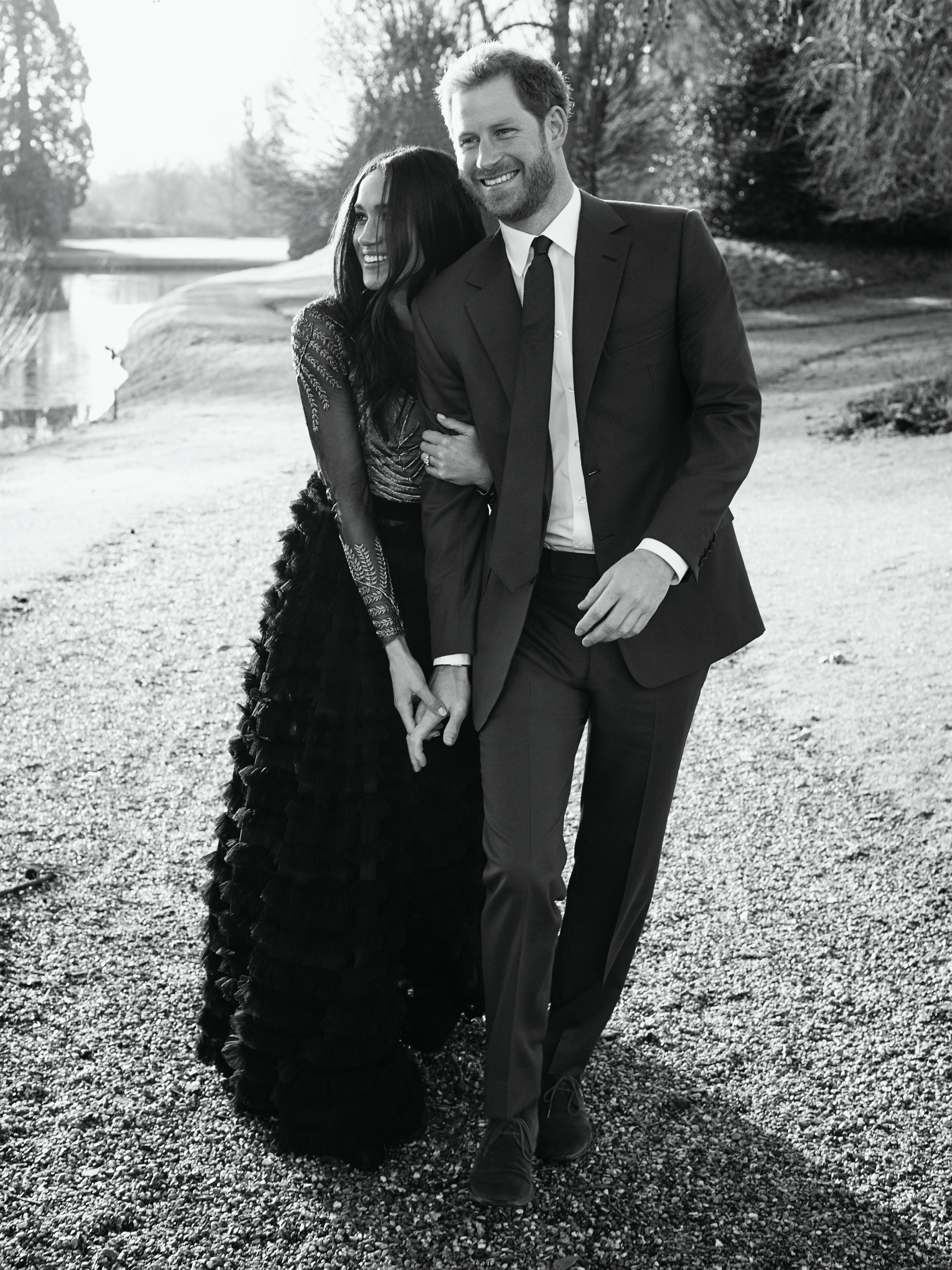 For Bridebook.co.uk’s founder Hamish Shephard, the wedding “is the mixing of two incredible time periods. Whilst Harry represents the endless history of the British royal family, Meghan personifies the modern day phenomena of celebrity. Whilst the wedding is being held in a castle following ancient traditions, it will also no doubt break most social media records.”

With 4,040 guests, 17,000 glasses of champagne, and an eight-tier banana wedding cake, here’s how they broke down the costs.

Harry and Meghan didn’t have to undergo the usual search for the perfect wedding venue: When your grandmother is Queen Elizabeth, after all, you have an unrivaled array of properties at your disposal. The couple is set to tie the knot at the 800-capacity St. George’s Chapel in Windsor Castle, with the reception thought to take place at St. George’s Great Hall and then in an outdoor marquee in the Upper Ward grounds of the castle.

According to Bridebook, a luxury glass marquee (much like the one Pippa Middleton used for her wedding to James Matthews last year will cost £297,598 (about $420,770 USD), with an additional £49,600 (about $70,130 USD) for catering, security, and staff adjoining marquees. 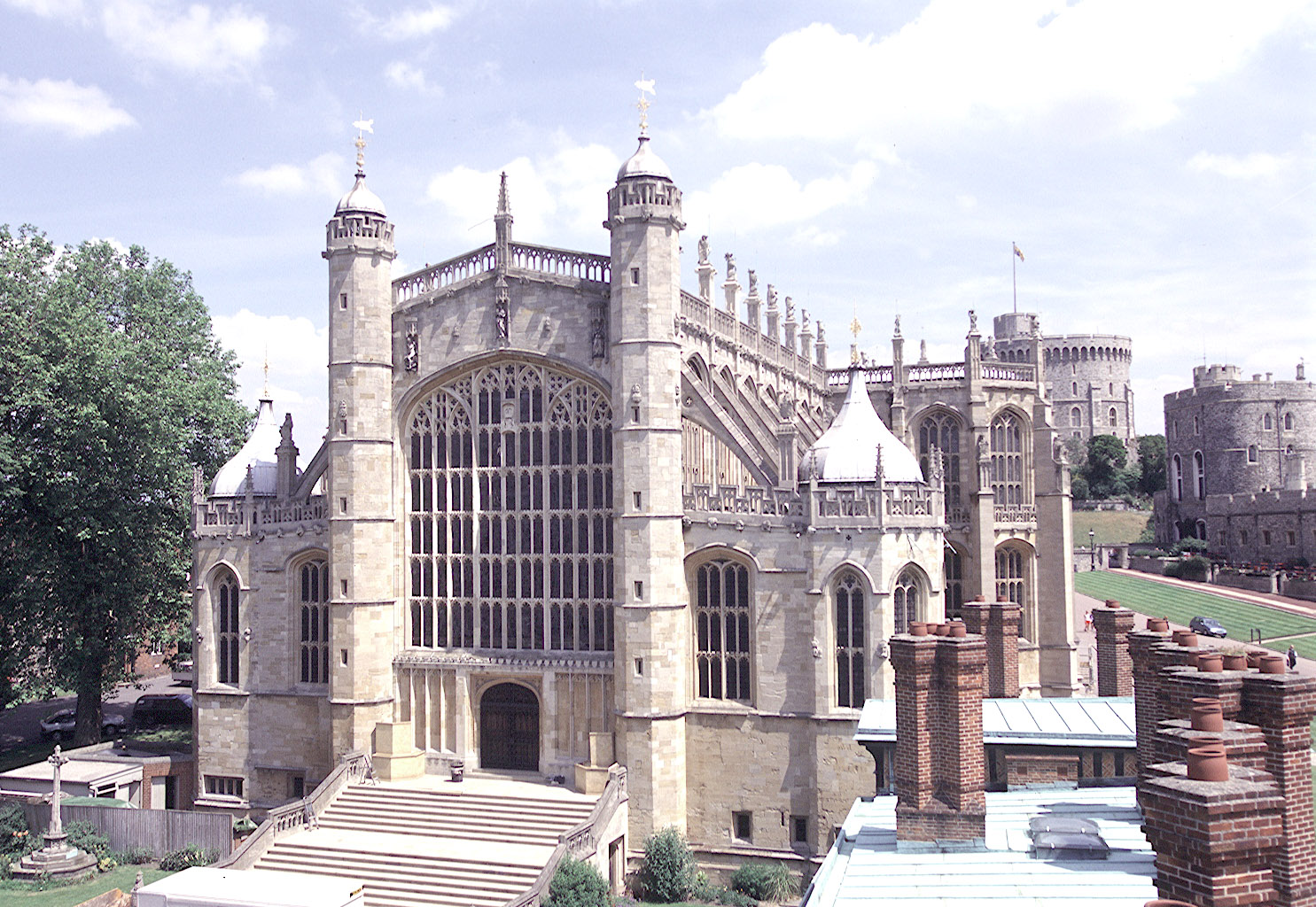 According to Bridebook’s experts, this could prove to beone of the most costly aspects of Harry and Meghan’s celebrations. First, there’s the formal reception for state guests and then a dinner for close family and friends. Per Bridebook, a luxury caterer would charge at least £100 (about $140 USD) per guest for lunch and £300 (about $420 USD) per guest for dinner. Then, there’s the 2,640 members of the public who’ve been invited along to watch from the grounds, who could be given drinks and snacks.

On the day, drinks are most likely to come from the Palace cellars. Bridebook suggests that one glass of champagne is served for every 30 minutes of the reception, with half a bottle per guest per meal: With the couple’s extensive guest list, they could lay on at least 2,300 bottles to meet this demand. If, according to the site, they opt for Bollinger, the royal family’s favorite champagne, they could spend around £134,911(about $190,750 USD) on champagne alone. Throw in some Tignanello wine to keep Meghan happy (Her now-defunct blog The Tig is named after this wine — her favorite.) and the costs keep getting higher. 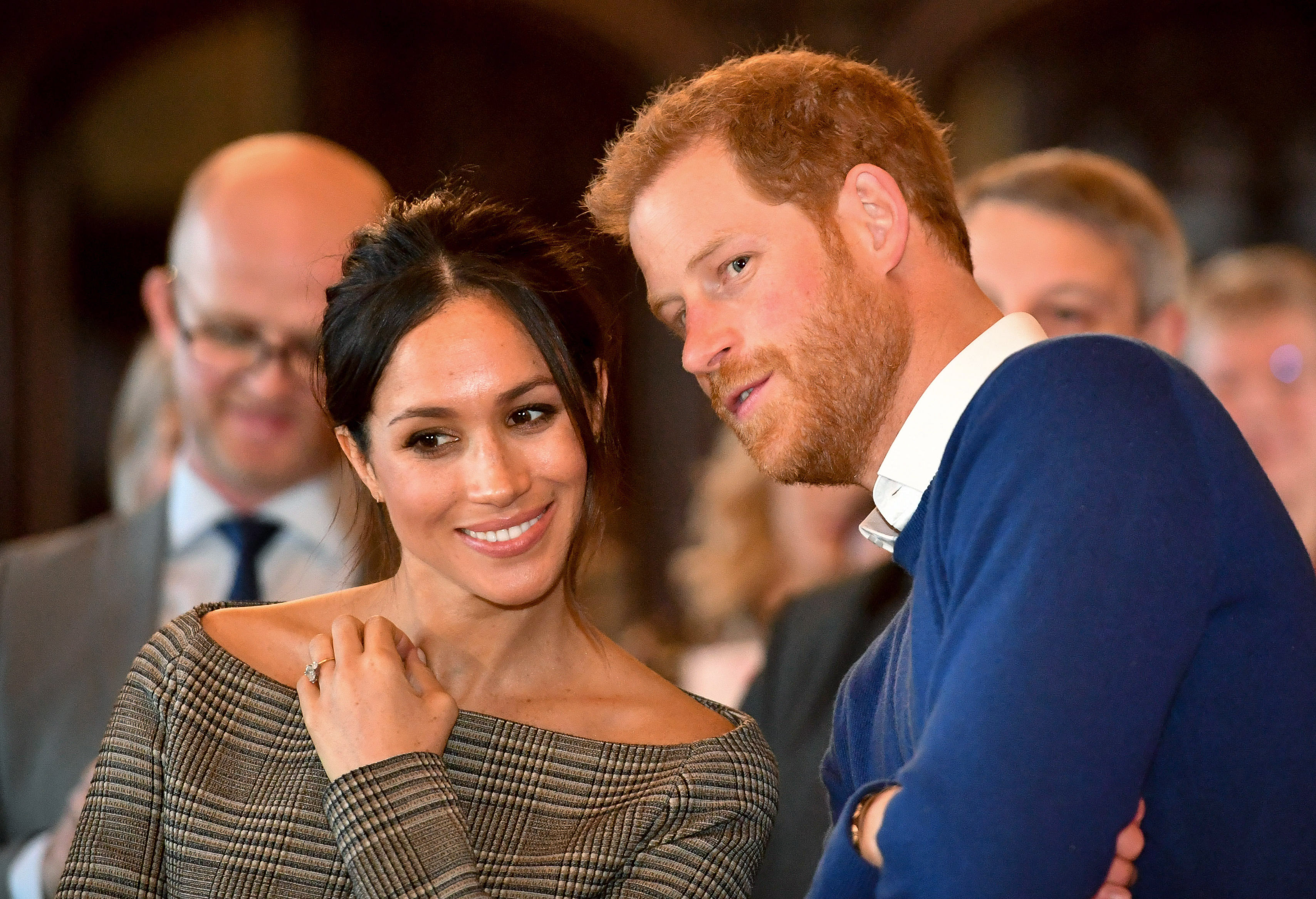 There’s always a chance, too, that Meghan will choose another custom style for the evening reception (just like her future sister-in-law, Kate Middleton did on her wedding day, which could double the cost again.

According to Bridebook, “floristry is often much more costly than expected, and with at least two locations for the day, it will also be one of the heftiest costs for the couple.” Flowers for the marquee alone could cost around £69,440 (about $98,180 USD), with the church costing an additional £396,680 (about $56,100 USD). For their 2011 wedding, William and Kate used seasonal British flowers, and we can surely expected Harry and Meghan to follow suit.

Dorset-based photographer Millie Pilkington, who photographed William and Kate’s wedding as well as that of the latter’s sister, Pippa, is likely to be documenting the occasion on film, as is Hugo Burnand.

While the wedding will be broadcast live on television for the world to see, it’s likely that Harry and Meghan will have a personal videography team — and maybe even a drone or two. 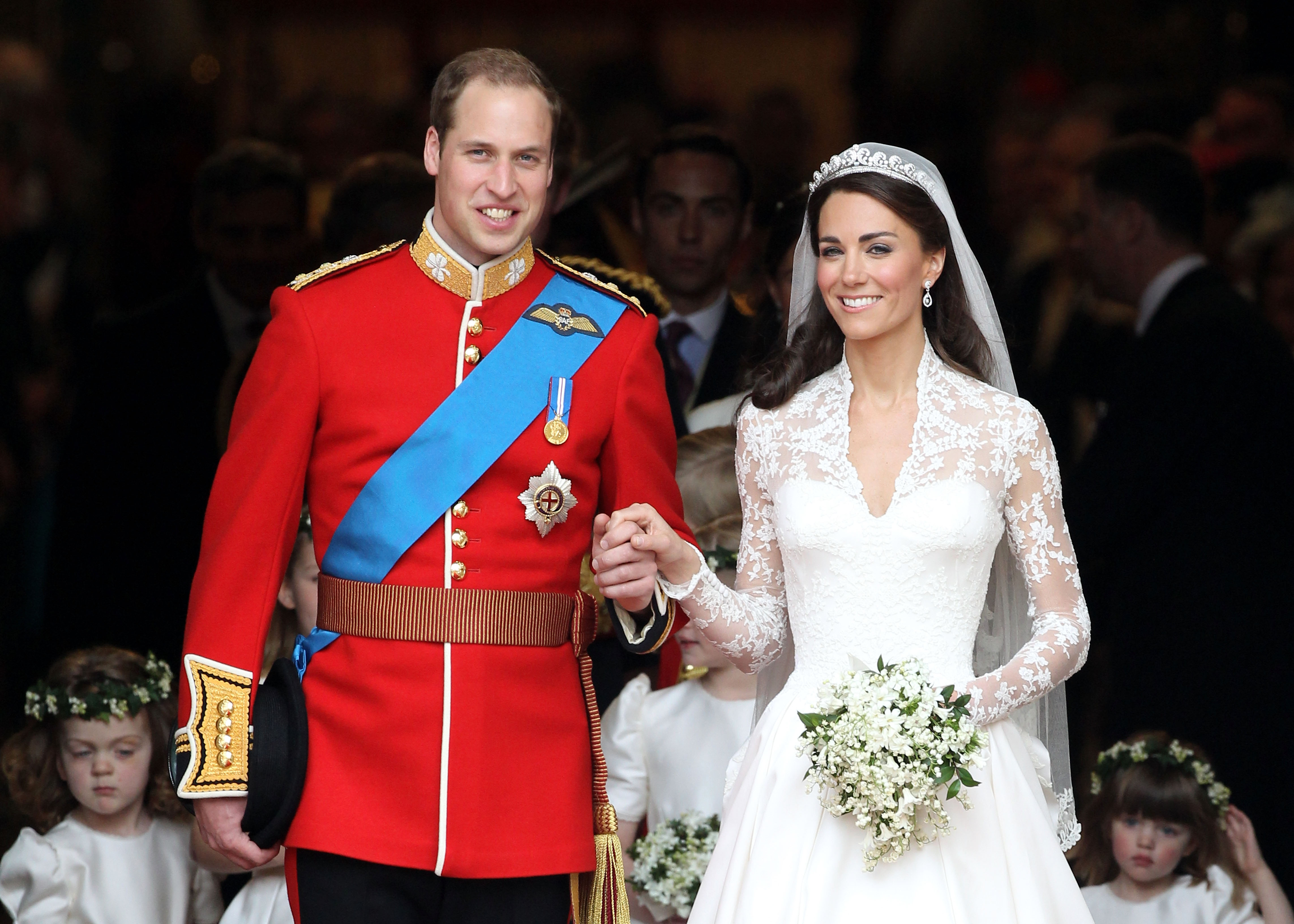 The cake will need to have at least eight tiers to provide a slice for each of the 800 guests, while the addition of fresh fruit will only add to the price (it’s already been rumored that the couple is favoring a banana cake.) No word yet on what Claire Ptak will charge for the lemon elderflower cake the couple requested, but the Cambridges’ cake was rumored to cost £79,360 (about $112,200 USD) wedding cake back in 2011.

From save-the-dates to invites to the Order of Service, the cost for stationery can quickly add up. Bear in mind, though, that Meghan used to moonlight as a professional calligraphist for A-list weddings, meaning that this is one element she’d be more than qualified to DIY.

William and Kate had Ellie Goulding sing “Your Song” for their first dance, and it’s been rumored that everyone from the Spice Girls to Ed Sheeran to Elton John could perform on Harry and Meghan’s big day. One thing’s for sure: Whoever gets the top job certainly won’t come cheap.

Yes, really. Every royal event, apparently, needs a trumpet fanfare. The Ministry of Defense has reportedly requested 20 silver-plated fanfare trumpets stamped with the Royal Coat of Arms. Per Bridebook, they’ll be made in the same workshop as those used for the Olympics and for William and Kate’s wedding and will cost between £2,970 (about $4,200 USD) and £5,960 (about $8,420 USD). Did we mention that this was no ordinary wedding? 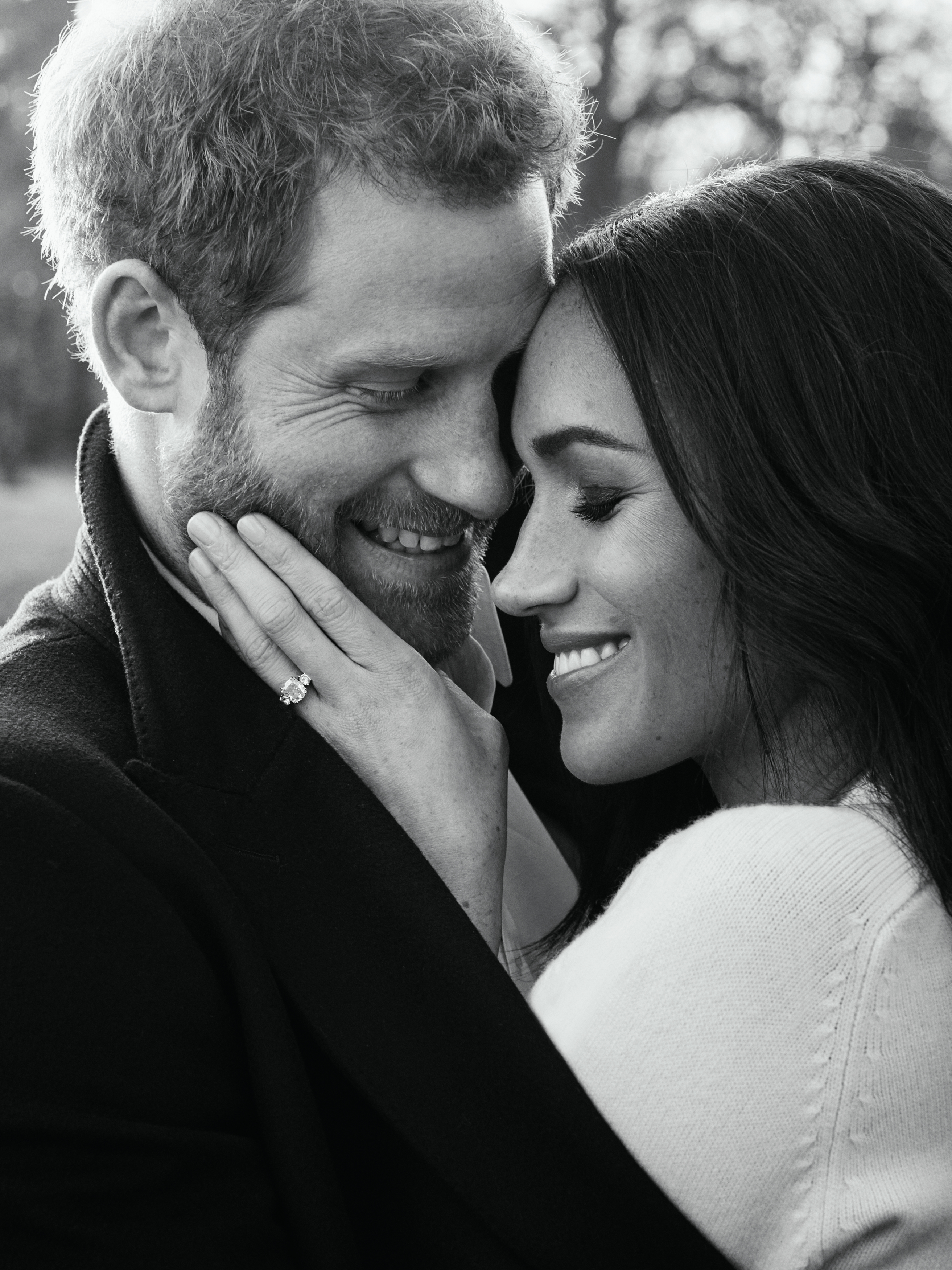 Lighting and production will make this a world-class event, requiring the services of a top production agency.

Tradition dating back to 1923 suggests that the rings will be fashioned from a nugget of Welsh gold. While Prince Philip and Prince William do not wear wedding rings, Bridebook guesses that Harry will buck the trend with a gold band, predicting that “Harry will choose to wear a band on his fourth finger, proving again that he is intent on doing things his own way.”

A designer bridesmaid dress can cost on average £990 (about $1,400 USD) each. While the Duchess of Cambridge had just one adult bridesmaid — her maid of honor, Pippa — Meghan might opt for more as a nod to US wedding traditions.

Nicki Macfarlane created outfits for the flower girls and page boys at the royal wedding in 2011, so expect to see Prince George and Princess Charlotte in her designs, which cost up to £340 (about $476 USD) each. 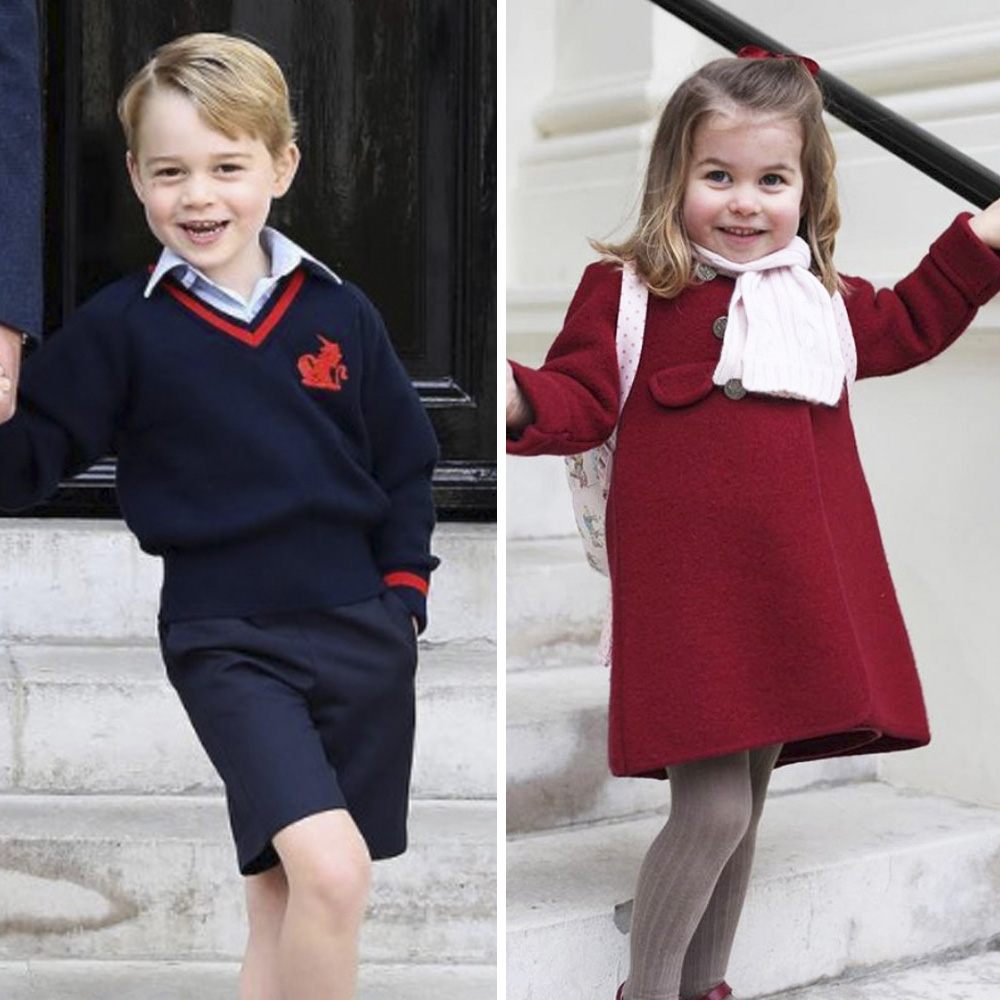 Like any other couple, Harry and Meghan will need to pay for use of the chapel at Windsor. This will doubtless prove one of the cheapest aspects of the big day, but it’s certainly one of the most important.

It’s likely that Prince Harry will wear an RAF uniform on his wedding day — just like his older brother — as he is a qualified Apache Helicopter Commander.

Two words: glam squad. Meghan is reported to favor Neville Hair and Beauty in Belgravia (which has also been frequented by Kate), while Richard Ward (who styled Kate and Pippa’s hair back in 2011) could be another contender. There’s also Amanda Cook-Tucker, who works with the Duchess of Cambridge on a regular basis.

Bridebook predicts the RAF taking part in a wedding day spectacle, with a photo booth and children’s entertainers among the other more conventional entertainment options. Plus, expect to see fireworks over Windsor at night.

If Meghan’s guide to hosting is anything to go by, expect something that’s handmade and personal.

Not exactly glamorous, we know, but luxury toilet rental for 800 guests — plus the 2,640 members of the public gathered in the grounds of Windsor Castle — will certainly prove pricey. 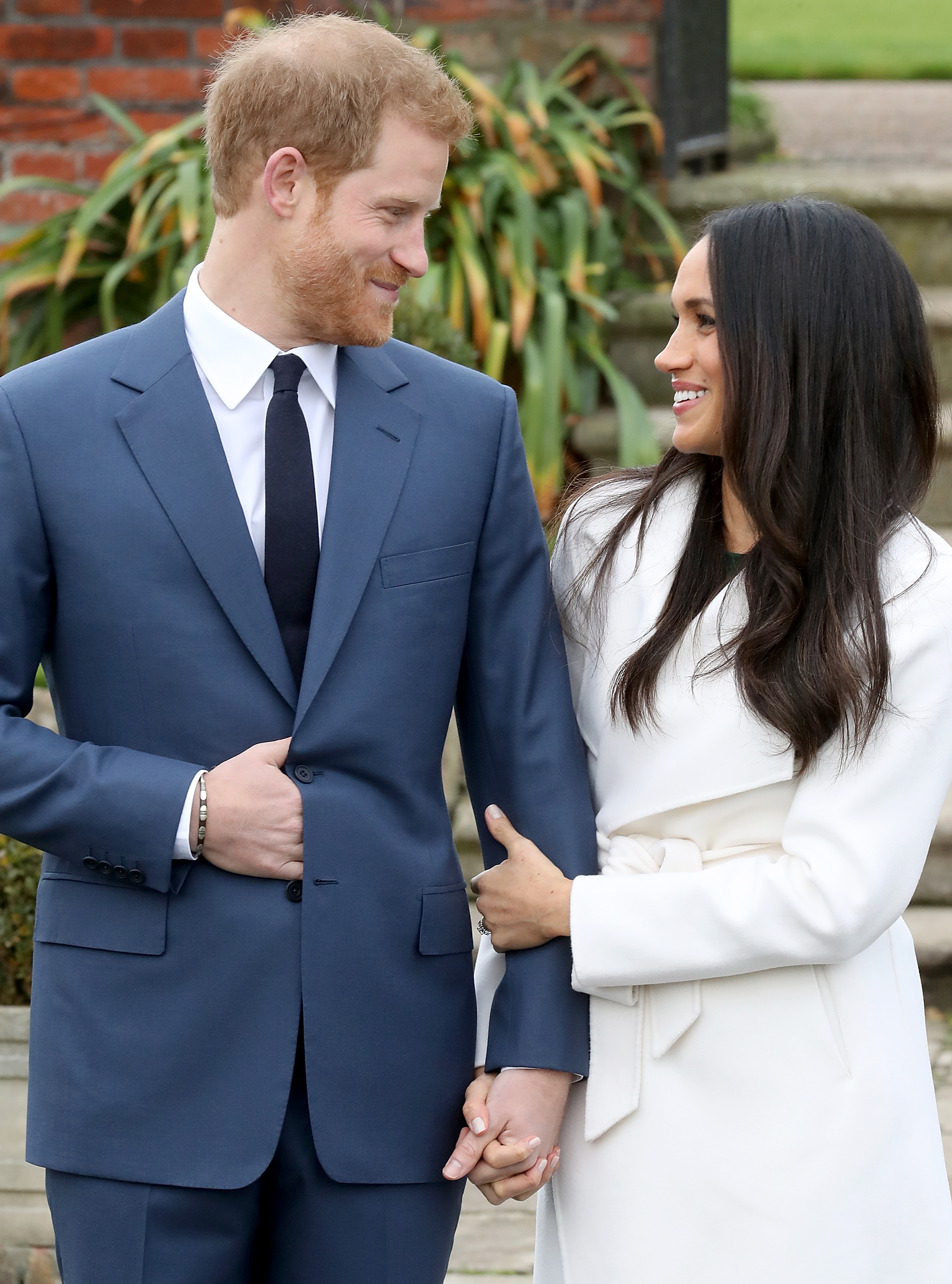 If we’ve learned anything from The Crown, it’s that the royals have an extensive state fleet at their disposal. Surely Harry can call upon Queen Elizabeth for a Rolls-Royce or three on his big day — and he might even borrow Charles’ Aston Martin Volante DB6 to drive from the church to the reception, like his brother.

Bridebook’s honeymoon experts predict that Harry and Meghan might break with tradition when it comes to the honeymoon, escaping ahead of the wedding then holidaying with “a group of party-loving friends […] to celebrate afterwards, either on [a] safari in Africa or to long-standing friend Sam Branson’s private Caribbean island, Necker.” Sources have reported that Meghan will be footing the bill as a wedding gift to her new husband.

Security for the Duke and Duchess of Cambridge’s nuptials cost a massive £29,705,701 (about $42 million USD), and while Harry and Meghan’s ceremony won’t be taking place in central London, it’ll still pose a major risk, necessitating rooftop snipers, undercover police, and the latest military technology, plus an anti-paparazzi system that’ll ward off rogue drones, too.

To say this is going to be one expensive wedding is, perhaps, the understatement of the year, but let’s keep in mind that Prince William and Kate’s wedding cost an astounding $34 million (excluding the extra $42 million they spent on security). Compared to that eye-watering sum, a measly $2.7 million wedding seems like a steal.

Meghan Markle Is Getting a TV Show