The last year has been far from easy for Angelina Jolie. In September 2016, the actress and her third husband, Brad Pitt, announced their divorce after two years of marriage. A few months later, Angelina was diagnosed with Bell’s palsy, which paralyzed part of her face. And now, the Oscar winner is candidly opening up about her health, children, and relationship with Brad today.

MUST-SEE: No One Can Tell if This Is a Photo of Bill Murray or Tom Hanks

“Things got bad. I don’t want to use that word… Things became ‘difficult.’ [Our lifestyle] was not in any way a negative. That was not the problem. That is and will remain one of the wonderful opportunities we are able to give our children… They’re six very strong-minded, thoughtful, worldly individuals. I’m very proud of them,” she told Vanity Fair of her split from Brad. “[Our children have been] very brave… in times they needed to be. We’re all just healing from the events that led to the filing…They’re not healing from the divorce. They’re healing from some… from life, from things in life.” 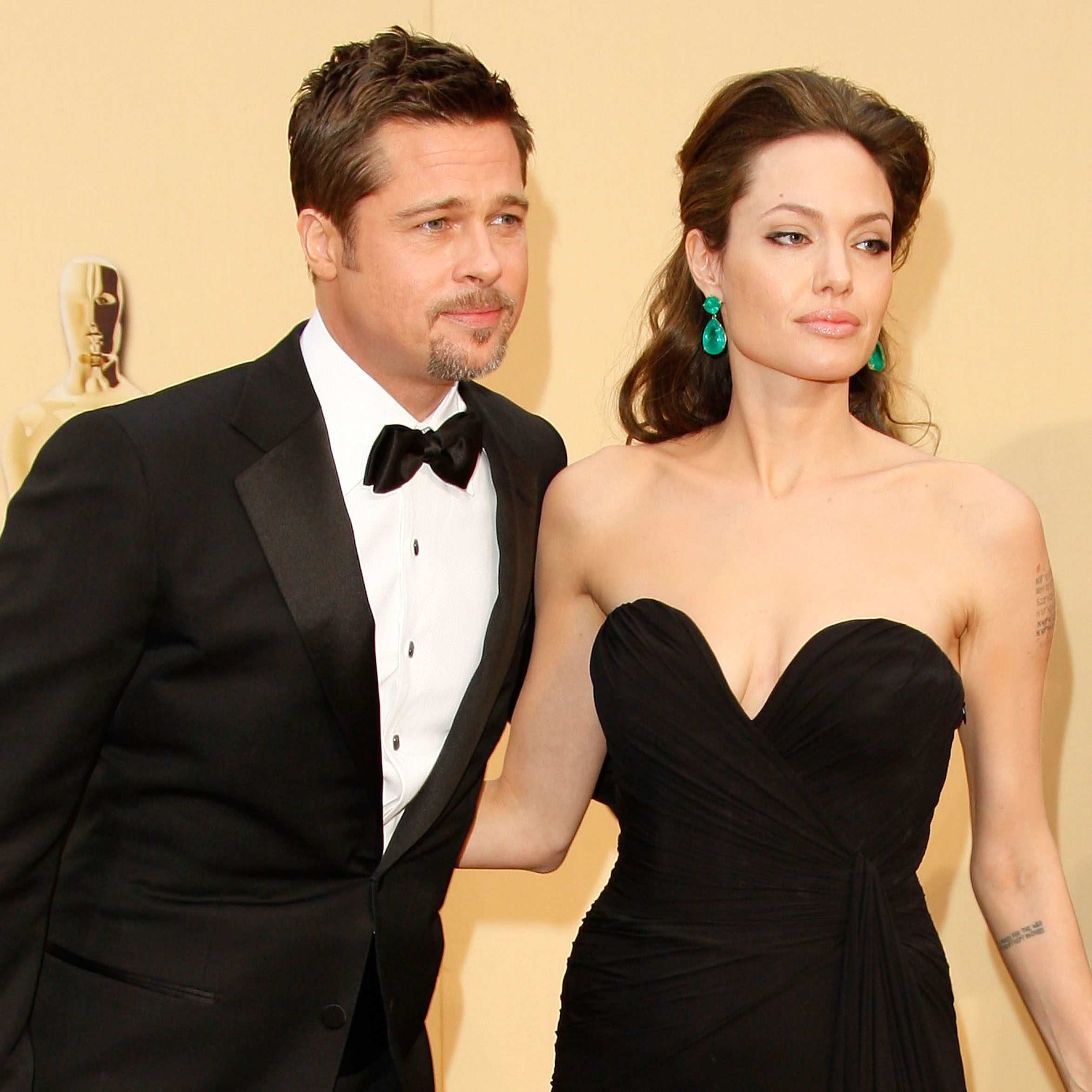 Following her separation from Brad, 53, Angelina and the couple’s six kids moved into a rental home and lived out of suitcases for nine months. The Mr. and Mrs. Smith star, 42, revealed she and her children recently moved in a $25 million LA mansion — and life has seemed to slow down ever since. “It’s just been the hardest time, and we’re just kind of coming up for air. [This house] is a big jump forward for us, and we’re all trying to do our best to heal as our family,” she said.

“I’ve been trying for nine months to be really good at just being a homemaker and picking up dog poop and cleaning dishes and reading bedtime stories. And I’m getting better at all three,” Angelina said of her home life. The actress also recalled a conversation she recently had with her youngest son, Knox, 9, about being a “normal” family. “He said, ‘Who wants to be normal? We’re not normal. Let’s never be normal.’ Thank you — yes! We’re not normal. Let’s embrace being not normal,” she said.

In the months after the end of her marriage, Angelina was additionally dealing with a health scare — she was diagnosed with both hypertension and Bell’s palsy. “Sometimes women in families put themselves last, until it manifests itself in their own health,” she said, crediting acupuncture for curing her facial paralysis. Angelina also said she’s recently noticed a few more gray hairs. “I can’t tell if it’s menopause or if it’s just been the year I’ve had.”

“I actually feel more of a woman because I feel like I’m being smart about my choices, and I’m putting my family first, and I’m in charge of my life and my health. I think that’s what makes a woman complete,” she said.

John Stamos Fans Are Going Crazy After His Wardrobe Malfunction

If You Have Endometriosis, You’re Not Alone — Dolly Parton, Susan Sarandon, and Whoopi Goldberg Live with It, Too