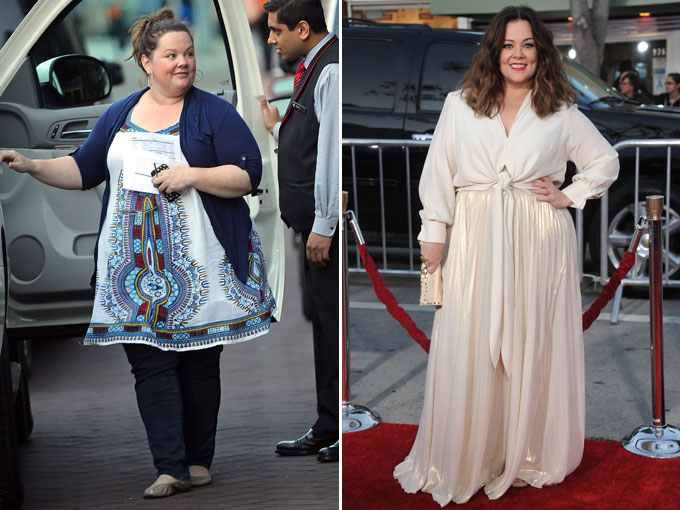 Melissa McCarthy has reportedly lost 75 pounds and slimmed down to a size 14. But the story doesn’t end there.

The hilarious actress, who has her own super-inclusive fashion line opened up in a new interview about her noticeable weight loss. She admitted that she is still “not the ‘norm'” in Hollywood. And she’s alright with that.

“It’s all fictitious, made-up stuff,” she said. “I know some of those women in those magazines who get called perfect or whose butt is supposedly better and often they don’t even look like that in person.”

While some celebs are eager to melt off the pounds for a specific movie or event, that’s not McCarthy’s motivation. Instead, it’s a continuous process for her.

“I’ll be up, I’ll be down, probably for the rest of my life,” she said. “The thing is, if that is the most interesting thing about me, I need to go have a lavender farm in Minnesota and give this up.”

McCarthy wants to see conversations about women in Hollywood expand beyond their bodies–not just for her, but for other actresses too.

“There has to be something more,” she said. “There are so many more intriguing things about women than their butt or their this or their that. It can’t be the first question every time, or a question at all.”

PLUS: See the most dramatic celebrity weight loss photos below!