Summer may be long gone, but rosé season is here to stay thanks to Hangar 1 Rosé Vodka! And there are no gimmicks: The innovation isn’t just a rosé-flavored vodka; it actually combines real rosé with liquor.

“In working with neighboring vineyards and farms to source the grapes and fresh ingredients that create our core products, we were inspired to create a rosé vodka that celebrates local Golden State wine culture,” the brand states. “Hangar 1 Rosé is a first-of-its-kind blend of our classic Hangar 1 vodka and real California rosé wine.” 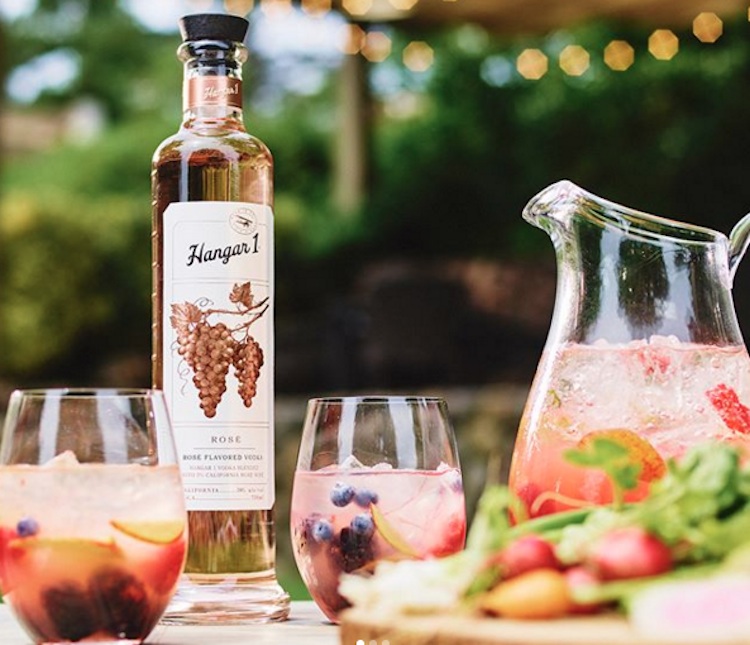 Like the summer staple, the drink maintains its pale pink color and is described as “floral with notes of crisp apple, sweet pea blossoms, and a hint of oak on the nose, with a silky and soft mouthfeel finishing fresh with hints of cranberry.”

According to lucky testers at Delish, “It tastes a lot like vodka initially, but then that burns-so-good feeling is washed away with a delicately acidic taste that’s unmistakably rosé-like. It’s a little floral and a little fruity. “

One big difference from the classic wine? You won’t be able to finish the bottle in one sitting, as it’s 30 percent alcohol by volume — which is more than double of a typical bottle of rosé. To drink, you can enjoy it straight up or on the rocks like any other liquor, or you can try out one of Hangar 1’s irresistible recipes like a sangria or a spritzer.

Of course, rosé fans are freaking out on social media about the new vodka, which is now available just in time for Valentine’s Day (or Galentine’s Day!). “OK, I said I was done drinking forever last night, but I just found out rosé-flavored vodka exists,” one Twitter user wrote, and another tweeted, and another tweeted, “Apparently there is a rosé-flavored vodka, and if that doesn’t sum up my entire personality.

Head to reservebar.com to get your hands on a bottle (or two, or three) for $32. Cheers!

Did Rob Kardashian Lose Weight in 2017? See His Latest Pics!