UPDATE — October 3, 2017: The plot thickens. According to TIME, Equifax announced that an additional 2.5 million more people may have been affected by last month’s massive security breach. In total, 145.5 million people are estimated to be at risk of having their personal information stolen.

Mandiant, the company Equifax hired to look into the hacking, has finished its report and plans to release it “promptly.” In the meantime, Equifax’s former CEO, Richard Smith, is due to begin hearings in front of Congress regarding the breach. The company has been the target of constant attacks since news broke that millions of peoples’ personal information — including Social Security numbers, dates of birth, addresses, and names had been stolen.

Equifax is currently the subject of several state and federal class-action lawsuits.

ORIGINAL ARTICLE — September 11, 2017: Earlier this month, news broke that Equifax, one of the largest credit reporting agencies in the U.S., had been hacked. The company says 143 million people have been affected, so here’s how to find out if hackers got their hands on information like your Social security number.

If you visit Equifax’s website, they offer more information about the incident as well as a link to their website where you can learn if your personal information was affected. They also offer complimentary theft identification and credit monitoring, but after this hacking episode, we don’t blame you if you’re wary of their promises. 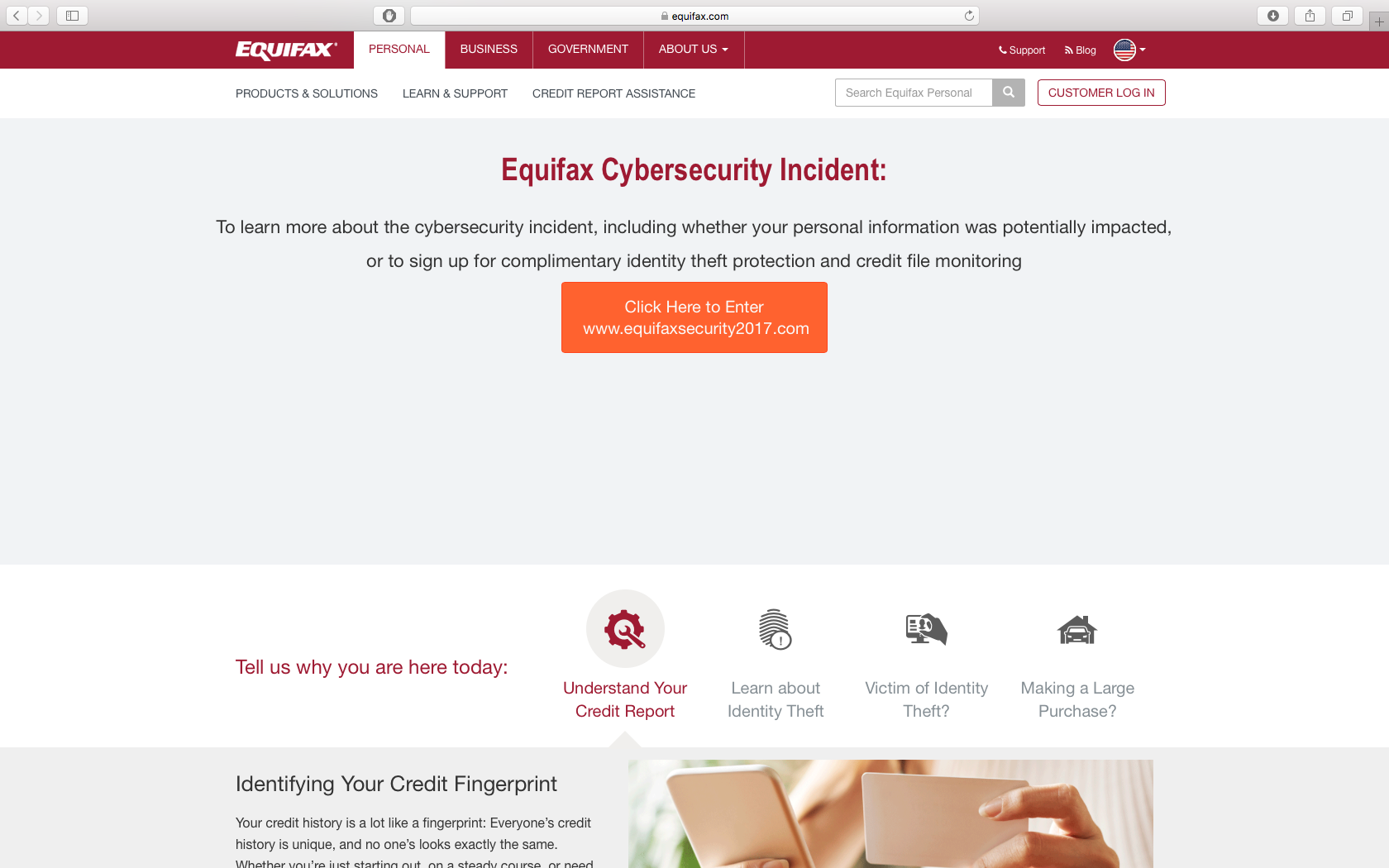 To see if you’ve been impacted, all you have to do is click on the big orange button. You will be redirected to a webpage that informs customers about what Equifax is doing to right the wrong. Scroll down to the bottom of the page where you’ll notice a large red button that says potential impact. Click on that, and you’ll be taken to another webpage that tells you that you need only enter the last six digits of your SSN to discover whether or not your information has been compromised. 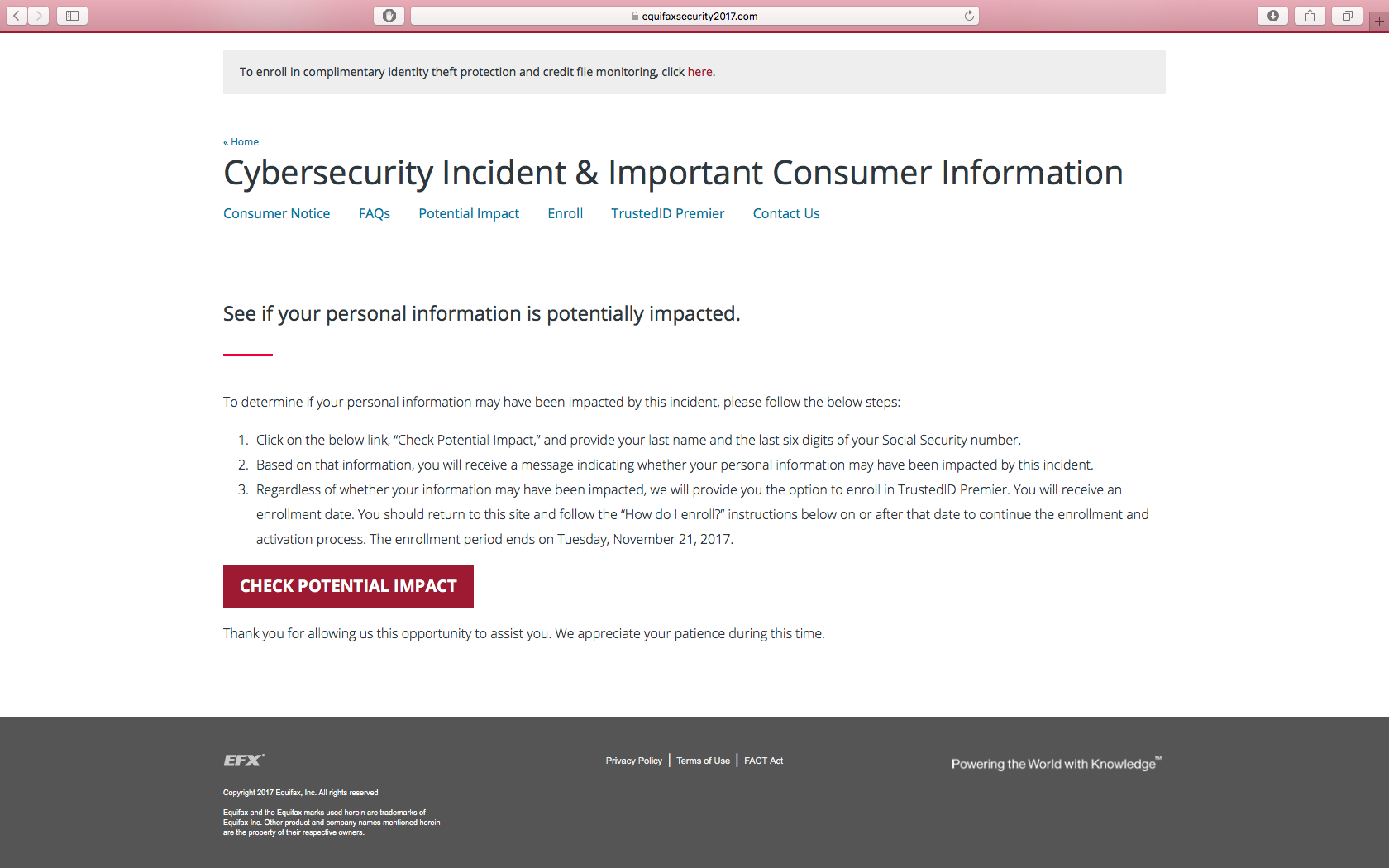 “This is about as bad as it gets,” Pamela Dixon, executive director of the World Privacy Forum, a nonprofit research group told the New York Times. “If you have a credit report, chances are you may be in this breach. The chances are much better than 50 percent.”

Avivah Litan, a fraud analyst at the consulting firm Gartner, echoed Dixon, saying “On a scale of 1 to 10 in terms of risk to consumers, this is a 10.” So even if you’re a firm believer in the saying “Ignorance is bliss,” we highly recommend taking just five minutes to check, because we’re firm believers in “Better safe than sorry!”

Don’t have internet? Learn how to turn your iPhone into a hotspot!

How to Make Your iPhone Run Faster

How to Cut Onions Without Crying