Would you ever live in a 3D-printed house? The idea might seem strange at first, but one look at “the first permitted, 3D-printed home in America” might change your mind.

The company ICON and the charity New Story partnered together to bring this modern living space into the real world. By using a mobile 3D printer called the Vulcan, the workers were able to figure out how to print 600 to 800-square-foot houses for $4,000 in less than one day. 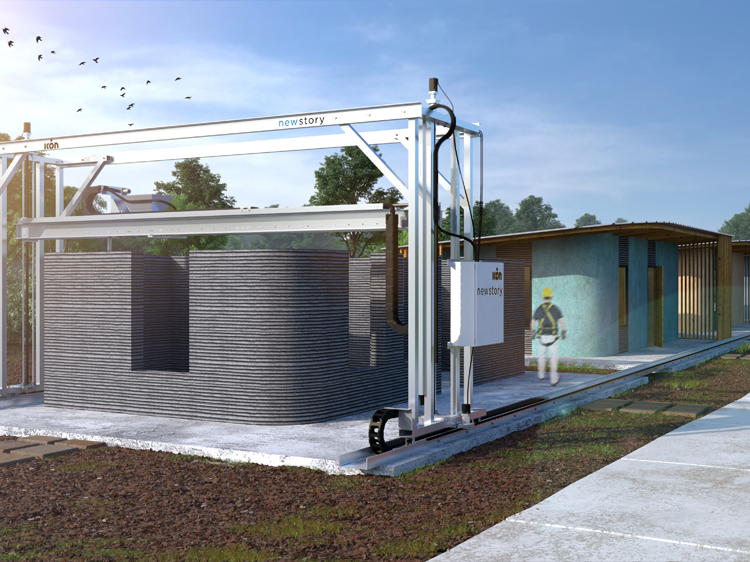 A rendering of the 3D printer used. (Photo Credit: Courtesy of ICON)

Because of their tireless work, the city of Austin, Texas is now home to the very first permitted 3D-printed dwelling. And we think it turned out pretty darn well! 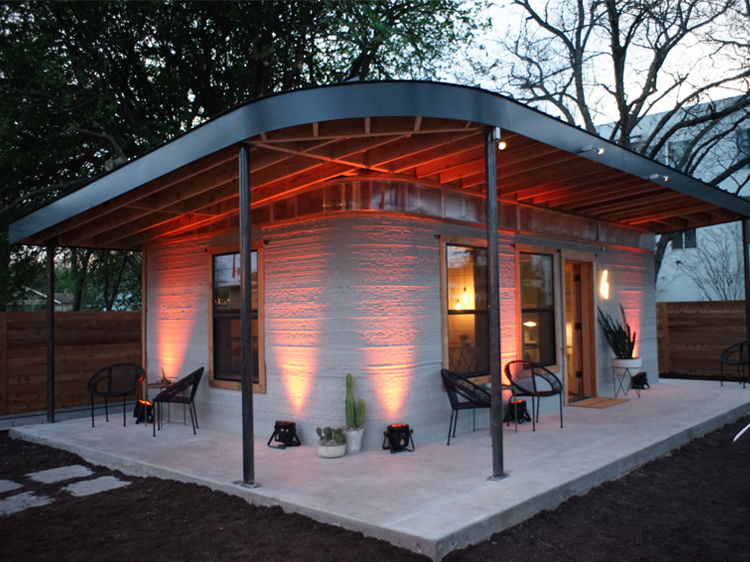 We’re a huge fan of the tiny house movement in general, but the 3D-printed house is especially impressive because we’ve never seen anything quite like it before. Not only is this new home innovative and inexpensive, it also boasts a few other benefits for both the homeowner and the environment.

ICON co-founder Jason Ballard said in a statement: “With 3D-printing, you not only have a continuous thermal envelope, high thermal mass, and near zero-waste, but you also have speed, a much broader design palette, next-level resiliency, and the possibility of a quantum leap in affordability. This isn’t 10 percent better; it’s 10 times better.” 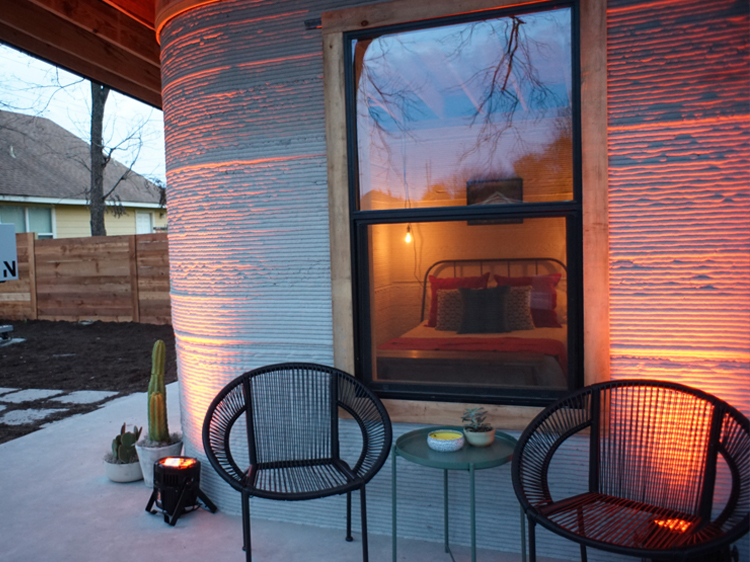 A side view of the first permitted 3D-printed house. (Photo Credit: Courtesy of ICON)

The best part? Since this 3D-printed house is designed to handle conditions where power isn’t always reliable and portable water isn’t available at all times, it’s perfect for rural communities in places like El Salvador. And that’s exactly where New Story plans to “print out” its first community.

Eventually, New Story plans to build other sets of 3D-printed homes in other locations, but right now the team is raising money to fund an initial batch of 100 homes. If you’re interested in donating to the cause, you can contribute on New Story’s website. If all goes according to plan, families may be able to start moving into homes like these in 2019.

How an Exterior Makeover Can Add Value to Your Home

House Hasn’t Been Touched in Decades, so Real Estate Agent Boldly Decides to Sell ‘As Is’