Luna’s going to be a big sister pretty soon! Chrissy Teigen and John Legend recently announced that they’re expecting their second child together back on November 21, with the cutest Instagram post — and the baby will be here before we know it! But is little Luna ready to be a big sister? According to dad John, he’s not so sure!

“She has no idea, she has no idea what’s going on,” the “All of Me” singer told E! News on the red carpet at The Art of Elysium’s 11th Annual Gala on Saturday, January 6. “We know there’s a baby in there and she can say ‘baby,’ but I don’t really know if she knows what it means for her mother to be carrying another child and for that child to be her little sibling. I don’t know if she’s ready for that yet.” 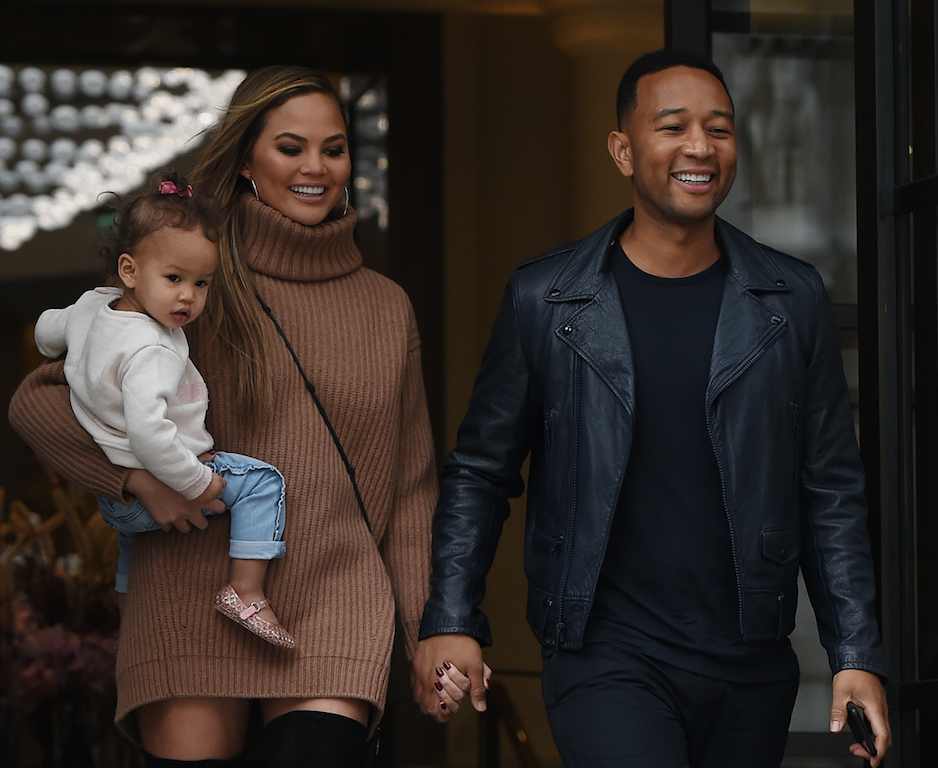 Although the 1-year-old is just too young to fully get the concept of pregnancy, John can’t wait to see Luna as a big sister. He’s an older sibling, so he definitely understands what she’ll be going through! “She has no idea, she can’t process it to that extent. I was an older brother, I had two younger siblings and I was excited when they came along. It was fun.”

Chrissy’s pregnancy hasn’t been the smoothest — she’s opened up about her intense pregnancy headaches — but the model is still enjoying her second pregnancy. “I love being pregnant. I like it more than not being pregnant,” she wrote on Twitter.

Chrissy and John have always been open about their journey with in vitro fertilization. “You know, sometimes it’s just harder for some people than for others. We’re just happy that we were able to do it with our doctor,” John has said in the past. “He’s never really told us that there was something specific that he could identify was the reason why it just didn’t work out naturally. We did what we had to do.” Luckily, the family-of-three will be expanding to four pretty soon — and we’re sure Luna is going to make the best big sister!