It was a historical moment as Queen Elizabeth and Prince Philip rung in their 70-year wedding anniversary on Monday, November 20. On Monday evening, the royal couple were surrounded by their loved ones as they held a celebratory dinner at their beloved Windsor Castle in Berkshire to mark the ground-breaking occasion.

Prince William, his pregnant wife, Kate Middleton, and Prince Harry led the pack and could be seen arriving at the castle gates dressed to the nines in a chauffeured-driven car. The brothers opted for stylish black tuxedos with bow ties, and Kate showed up in a fluffy jacket, a black Diane Von Furstenberg, gown and an intricate pearl necklace with matching drop earrings. 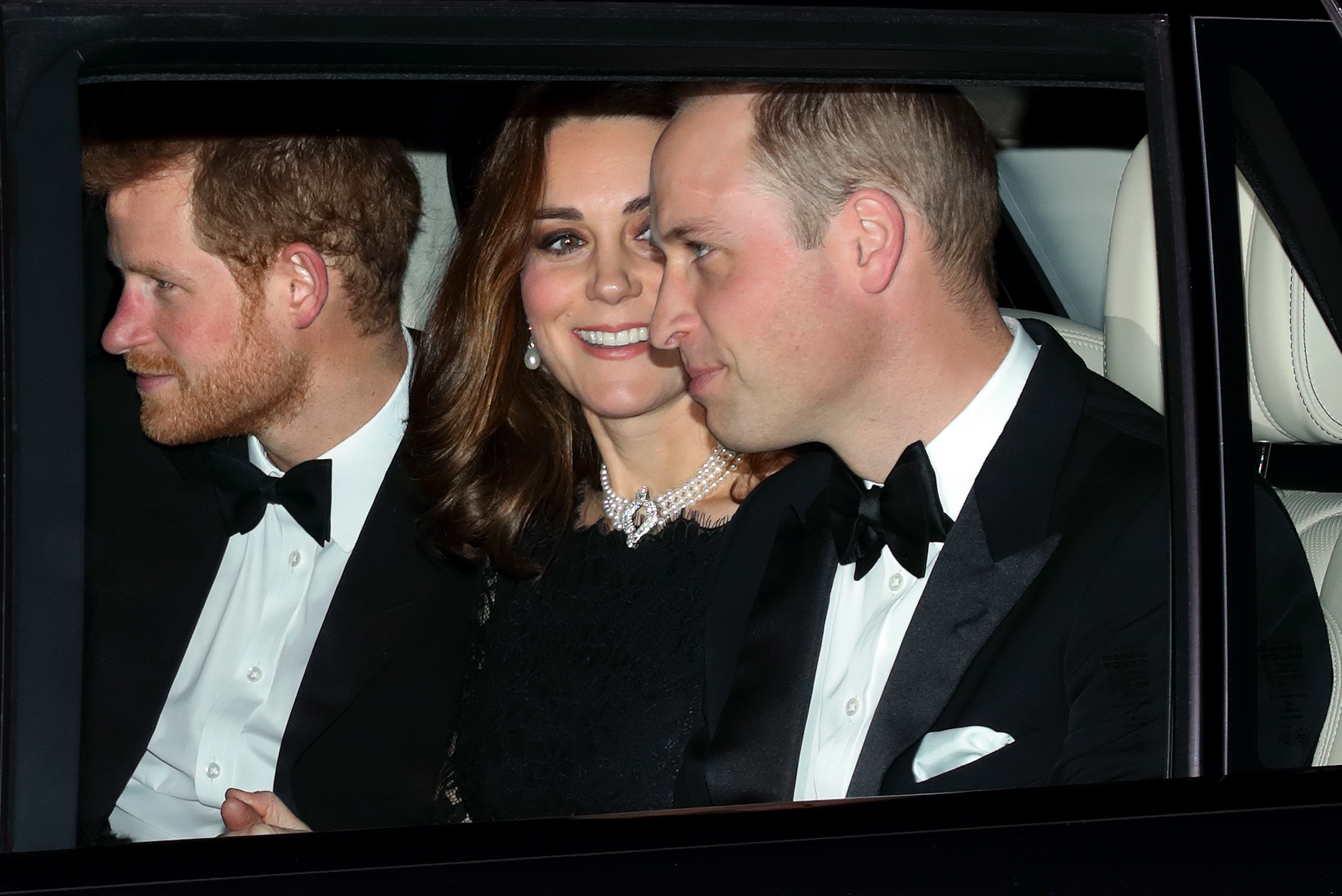 Other royal attendees included the duke and the queen’s four children: Prince Charles, Princess Anne, Prince Andrew, Prince Edward, and their partners. A slew of their grandchildren were also in attendance, including Princesses Beatrice, Princess Eugenie, Peter Phillips, and Zara Tindall, who were out in full force to help celebrate the momentous milestone.

So, what on earth do you get your husband after 70 years of marriage?

When you’re the queen, it’s not hard to pull a few strings and bestow him with a fancy new knighthood — and that’s exactly what the 91-year-old monarch did!

Queen Elizabeth gifted the 96-year-old, who retired from royal duties in May, with one of the highest honors, making him the Knight Grand Cross of the Royal Victorian Order, to say “thank you” for his decades of service to the commonwealth.

Buckingham Palace confirmed Prince Philip’s newest accolade on the day of their anniversary. Recipients of the Royal Victorian Order can only receive the title personally by the queen, and Prince Philip is one of 41 people around the world to have the honor.

To mark the occasion, the palace also released a set of four stunning new photos of the couple, which were taken by Matt Holyoak. After losing so many loved ones this year, the queen and Prince Philip decided not to throw a lavish public celebration for their platinum anniversary. Instead, they chose to toast their accomplishment with a private dinner with close friends and family at Windsor Castle.

Tomorrow Her Majesty The Queen and The Duke of Edinburgh will celebrate their 70th Wedding Anniversary as more new photographs are being released. British photographer Matt Holyoak of Camera Press, took these new images in the White Drawing Room at Windsor Castle earlier this month. On 9th July 1947, the engagement of the then Princess Elizabeth to Lieutenant Philip Mountbatten was announced. Their wedding ceremony took place at Westminster Abbey on 20th November 1947. Find out about The Queen and The Duke of Edinburgh's wedding day by clicking on the link in the bio.

In London, however, the bells at Westminster Abbey were rung at 1 PM on Monday, at the exact site where they wed in 1947.

Shedding light on their inspirational union, the queen’s former press secretary Dickie Arbiter recently told the BBC: “There was love and adoration when they were driving back from Westminster Abbey. That exists today. They’ve got humoor. They’ve got affection for each other. They’ve got chemistry.”

“She does make him laugh. What you see in public is very different from the person that you see in private. They are two people that are pretty much wrapped up in each other, although they do give each other space. She’s got a job to do. He’s got a role and they allow each other to get on with it.”

We’ll cheers to that!

Queen Elizabeth Is Preparing to Abdicate the Throne for Charles, Royal Aides Say