In a recent study, researchers found a concerning number of baby food products — approximately two-thirds — in the U.S. contain arsenic and other harmful contaminates, including lead, cadmium, and acrylamide.

The study was conducted over a five-month period by The Clean Label Project, a nonprofit organization dedicated to educating consumers on transparency in product labeling. During the study, 530 popular baby products — baby food, infant formulas, and toddler drinks and snacks purchased within the past five months — were tested and the results were shocking, to say the least.

Popular brands including Enfamil, Gerber, Plum Organics, and Sprout scored the highest for toxic metals. In addition, more than 60 percent of the products labeled “BPA-free” tested positive for the industrial chemical bisphenol A. While the quantities of contaminates vary, more than a few products tested positive for up to 600 parts of arsenic per billion. 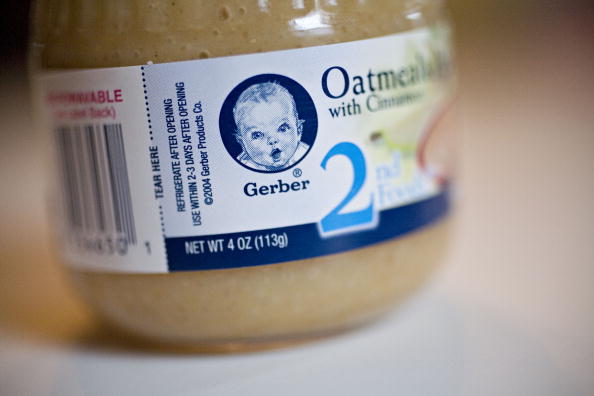 According to Jaclyn Bowen, the executive director of The Clean Label Project, rice-based baby food, such as snack puffs, contained the highest levels of arsenic.

Because rice has the potential to accumulate more arsenic than other food crops, the Food and Drug Administration proposed a limit of 100 parts per billion of arsenic in infant rice cereal. According to the World Health Organization, long-term exposure to high levels of arsenic can lead to cardiovascular disease, diabetes, neurotoxicity, and developmental defects.

“It is important for consumers to understand that some contaminants, such as heavy metals like lead or arsenic, are in the environment and cannot simply be removed from food,” Peter Cassell, a FDA spokesperson, told USA Today.

What Does all of This Mean?

If you’re wondering if you should freak out, the quick answer is no. The main takeaway here is to pay attention to ingredient labels. In hopes of helping parents choose healthier products for their children, The Clean Label Project published a list of products it tested, in addition to a star-rating grade informed by the California Office of Environmental Health Hazard Assessment, on its website.

Calcium Supplements May Cause Serious Heart Problems, According to Major New Study

Depression Could Be Linked to Mom’s Due Date, Study Suggests