The only accessory you needed on the Grammys red carpet this year was a white rose. The biggest names in the music industry rocked the flower to the show in support of the Time’s Up movement — similar to the blackout at the Golden Globes earlier this month.

Showing solidarity for the women who have been a victim of sexual harassment and abuse, Lady Gaga, Kelly Clarkson, and Nick Jonas are just some of the stars who stepped out with their white roses in hand. Voices in Entertainment was the group that sent out a letter to encourage all artists to participate.

“As we are inspired by the #TimesUp campaign, we are encouraging the artists that we work with and our colleagues attending the 60th Annual Grammy Awards in New York City to wear a white rose to the ceremony on Sunday, January 28,” the letter read, according to People magazine. “We choose the white rose because historically it stands for hope, peace, sympathy, and resistance.”

Singer and actress Rita Ora also showed her support by pinning a white rose on her strapless black gown at the event and revealed why she didn’t hesitate to participate. “I think it’s so incredible how the world is pivoting in a new direction naturally and organically and I think that just showing solidarity and unity makes everything more powerful,” she said on the red carpet. “The more voices come together, the more powerful everything gets. It’s so cool to see how we’re just taking control. It’s really lovely.” 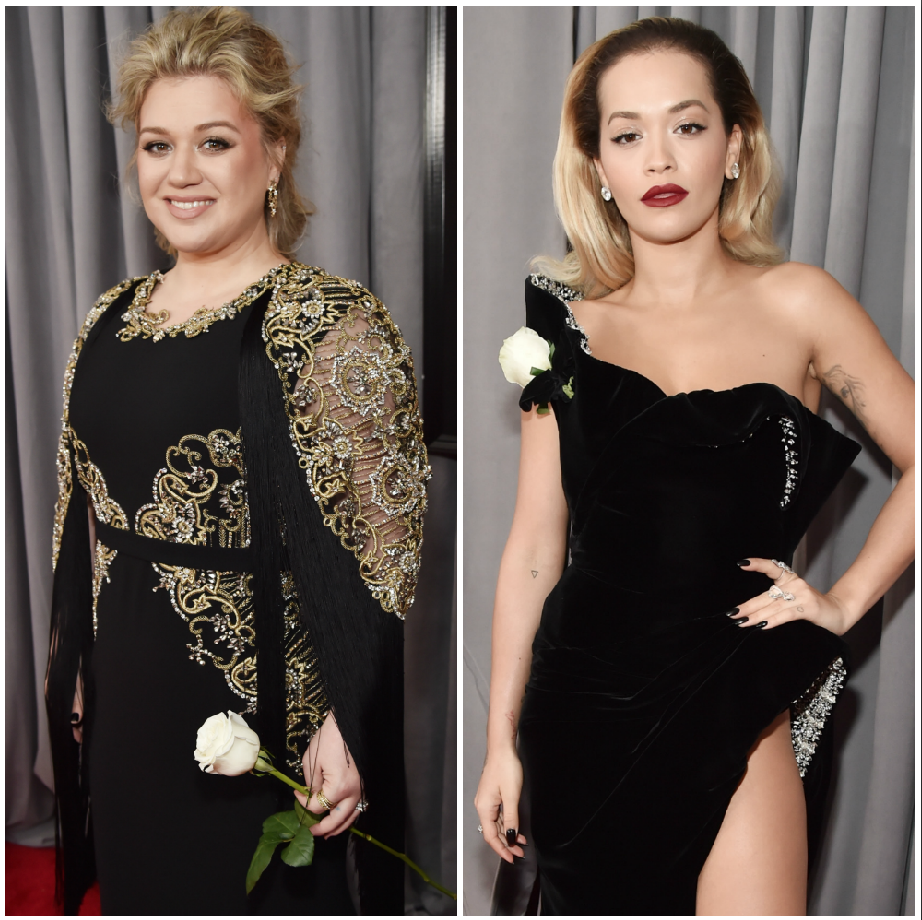 Kesha — who was at the forefront of the #MeToo movement after she accused music producer Dr. Luke of sexual misconduct last year — also be took the stage at the Grammys last night. Her performance of her song “Praying” was stunning. She was joined by fellow female performers Cyndi Lauper, Camila Cabello, Julia Michaels, Andra Day, and Bebe Rexha.

See Bruce Springsteen, Stevie Wonder, and More Recipients of the Most Grammy Awards!