Meghan and Harry’s romance is like something out of a fairy tale, and as fans still ride the royal wedding wave, we’ll probably never come to terms with just how much Prince Harry completely and utterly adores his wife, Meghan Markle. From the sweet nothings he whispered to her all day, to the way he never stops doting on her — these two rockstar royals are head over heels in love.

13 Best Weight Loss Programs To Help You Shed the Pounds
No matter if you’re new to the world of weight loss plans or have tried them (almost) all before — there’s a plan out there that’s perfect for you.
Read More ››

Now to Love speaks exclusively with Louise Mahler, a leadership influencer and body language expert, as she weighs in on the new Duke and Duchess of Sussex and the key players from their wedding day to reveal some fascinating insights.

When the groom first lays eyes on his bride, it’s always a very special moment. And when Prince Harry finally met Meghan Markle at the altar, Louise notes there was a sudden shift in the groom’s stance. “This is a moment where the height of tension is palpable. Harry is so worried about Meghan,” Louise says. “He tells her she looks amazing. He asks if she is OK. I think Harry worries himself sick about protecting her and that was his major focus,” she adds.

“He was adoring and focused and above all, admiring of her. He was not overcome by the moment — just focused on her and her well-being.” Attentively, the groom asks Meghan if she is alright — a touching gesture which once again proves his protective streak. “I think he is projecting his love for his mother and concern for how she was treated onto Meghan. He is going to save Meghan at all costs,” Louise tells Now to Love. 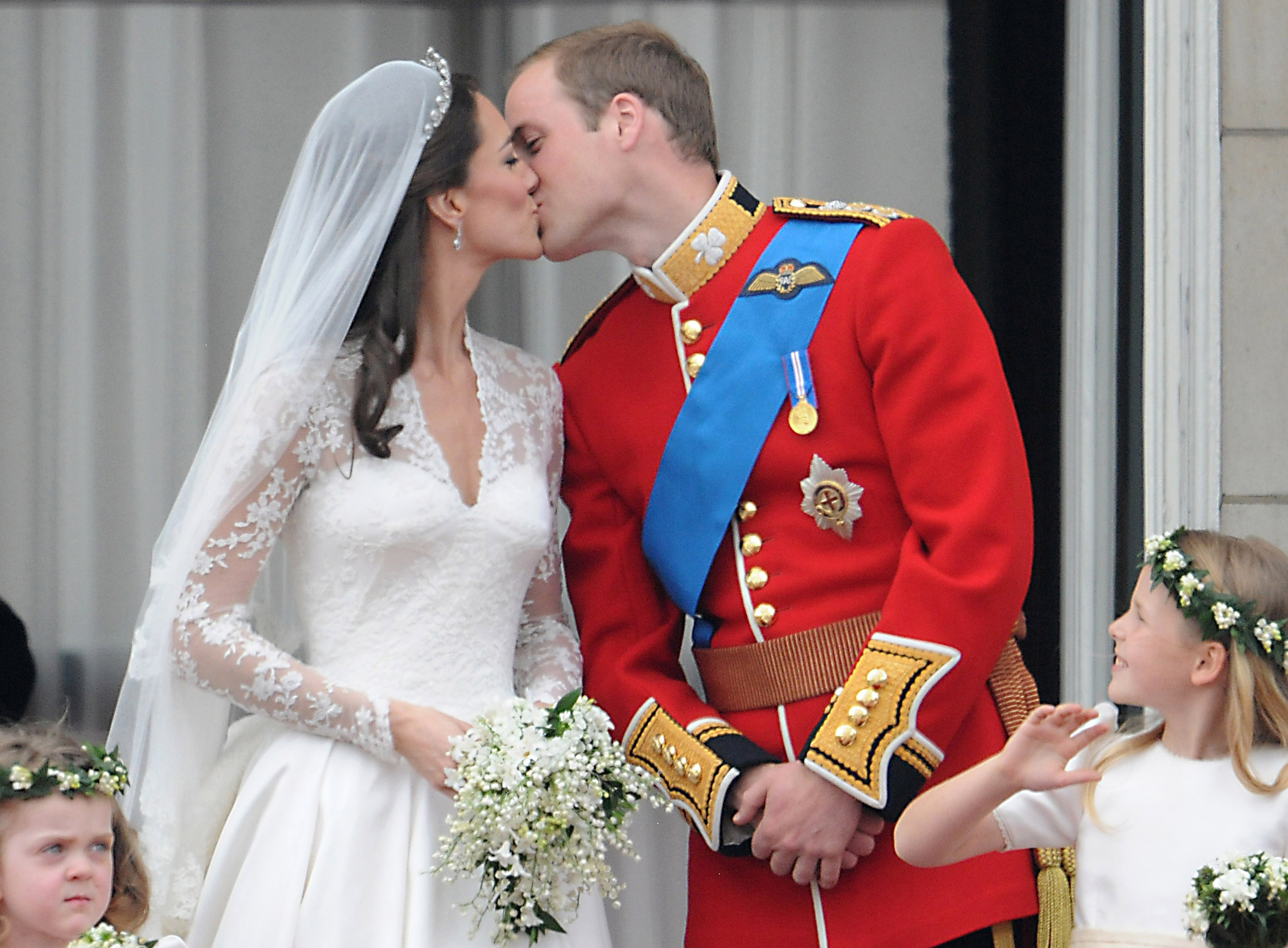 “The kiss is similar in body position, intimacy, and love, however the hands are different,” Louise says of the main key difference.

“Meghan and Harry are holding hands. Kate and William are separate. For me, the critical thing was that Meghan appeared to turn to him and initiate that now was the time, like she was telling him what to do!”

“Meghan and Harry’s closed eyes, pressure on the lips, and the length [of the kiss] lingers for longer than William and Kate’s, but both are clearly couples in love. No question about that, as opposed to Di and Charles.” 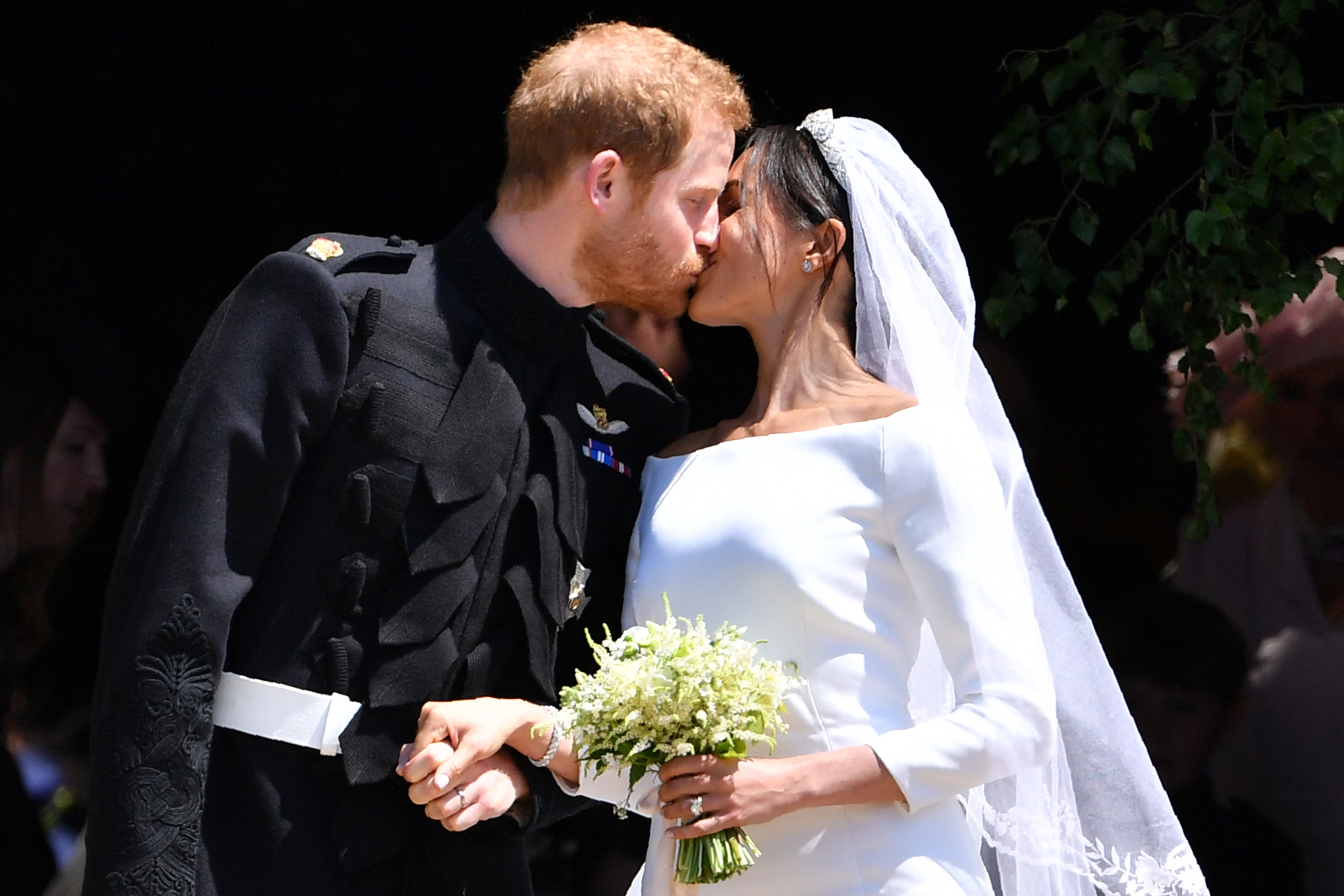 At 33 and 36 respectively, Prince Harry and Meghan Markle are years older than William and Kate when they wed. In 2011 when they married, William was 28 while Catherine was 29. According to Louise, the Cambridge’s were a touch more nervous during their vows — and in all fairness, Meghan is a professional actress and Harry has had years in the spotlight.

“Kate had quite a high-pitch voice and spoke softly. She had a very quiet and sharp appearance, looking away with pursed lips while William spoke with no smile. He was very serious and nervous. Meghan and Harry both spoke incredibly assertively. Their onset of sound was strong and clear; they spoke with a strong flow of air and intensity of gaze.”

Undeniably the standout star of the day, Doria Ragland was praised for sitting in the pews on the bride’s side by herself. After Thomas Markle pulled out of the royal wedding, Doria was the only family member from Meghan’s side to attend the event, and fans applauded the yoga instructor for her poised and independent stance — an inspiring symbol for single parents around the world.

“Doria was a picture of grace and poise. [She was] everything any daughter could have hoped for in a mother. She was moved, but not too moved. She was alone, but never alone,” Louise says. “Her breath remained low, her eyes remained soft and focused, her jaw was loose, and she walked with grace.” 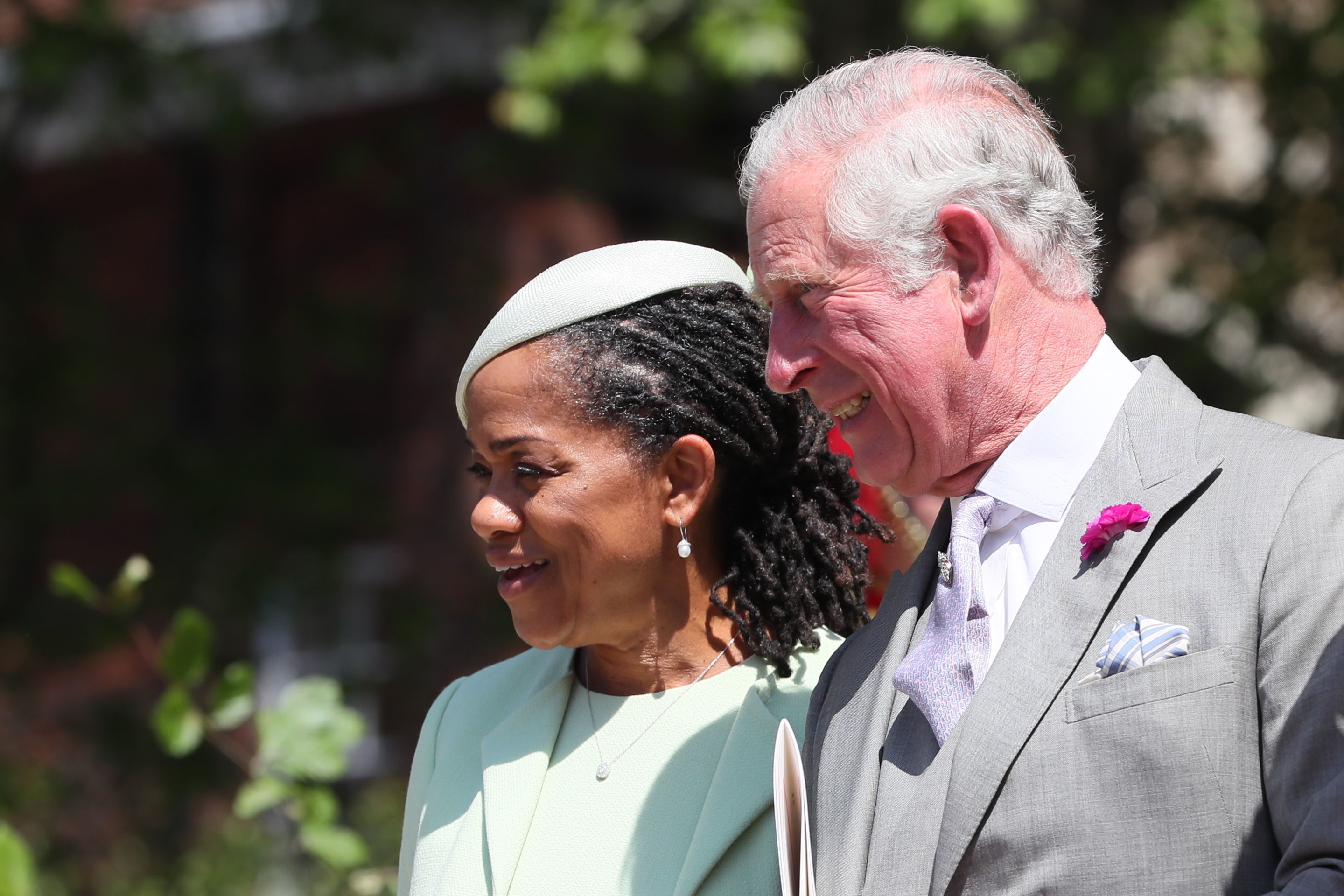 Prince Charles is the unsung hero of the day.

Another stoic and supportive figure was Prince Harry’s father, Prince Charles. From walking Meghan Markle down the aisle, to welcoming Doria Ragland into the fold, Louise says this is “the new Prince Charles.”

“Charles’s warmth for Meghan is palpable. He throws his body toward her, reaching out, warmly guiding her as he walks he down the aisle. His downward look signals respect and his arm around her is caring.” During the singing of the registry, Charles gently offered out his hand and escorted Doria to the private room where the newlyweds enjoyed a moment of privacy in front of their parents.

After the ceremony, Doria Ragland was escorted by Prince Charles to wave off her daughter and new son-in-law as they embarked on their carriage ride. In a very sweet moment, she linked arms with Prince Charles, and according to guests at the reception, the pair were as thick as thieves and inseparable all evening. “He seemed genuinely welcoming and caring to Doria. What a change from what we saw at his wedding,” Louise says. “His body is towards Camilla, but his elbow is open towards Doria, not slammed in. His body posture is open and welcoming towards her; she’s part of the team. He is open to her. [He’s] breathing and relaxed.”

How Prince Harry Feels About his Princess Bride, Meghan Markle

After watching Harry on his wedding day, it’s easy to see that he’s absolutely taken by Meghan and is extremely concerned with her well-being. Whether he’s gently stroking her hand or asking if she’s OK, this is a man in love. As Louise concludes, “Harry changes when he is with Meghan. He gets serious. It is not a case of not being infatuated or madly in love; he is.”

“He changes from being the joker with William to being the protector with Meghan. He acts like her body guard and lover,” Louise notes. “When he is with Meghan, he smiles less and instead of jokes, we get sweet comments like ‘Are you alright?'” Isn’t love grand?

Want to relive the most endearing of royal wedding moments? Check out the video below: