Your wedding day is a day you’re supposed to cherish for the rest of your life. Many say that the wedding is supposed to be all about the bride, but in my mind, it was a day for both me and Joe, my husband. I included him in every decision that was to be made about the cake (I had both Key lime pie and a cake for my guests), the colors, and the flowers. I made sure to include him in everything, because I wanted our wedding to reflect our mutual tastes.

It’s sad to think that Meghan and Harry won’t have the same experience. In fact, it’s hard to imagine they’ll have any say in the wedding at all — considering every detail is based not just on tradition, but on what Harry’s grandmother, Queen Elizabeth II, decides. Not only does the Queen have to approve of Meghan and Harry as a couple, but she’s in charge of the invitations, the bouquet, and all three of their wedding receptions.

Under Queen Elizabeth’s command, royal wedding invitations are formally sent out eight weeks before the big event. They’re designed and printed by the royal family’s trusted printer, Barnard Westwood — a company that’s been printing and bookbinding for the Queen since 1985.

Indeed, the Kensington Palace revealed that, like clockwork Meghan and Harry’s invitations were printed and ready to go on March 22, 2018.

“The invitations follow many years of Royal tradition and have been made by @BarnardWestwood,” the Kensington Palace wrote on Twitter. “They feature the Three-Feathered Badge of the Prince of Wales printed in gold ink.”

The invitations follow many years of Royal tradition and have been made by @BarnardWestwood. They feature the Three-Feathered Badge of the Prince of Wales printed in gold ink. pic.twitter.com/cd7LBmRJxO

Sure, they’re beautiful, but the choice of wedding invitations is the very first aesthetic decision you make as a bride-to-be, is it not? Many brides spend weeks — okay, some bridezillas spend months — choosing their wedding invitations. And what do Meghan (and Kate Middleton, for that matter) get? Pre-ordained, elegant — but boring-looking, if I’m being honest — wedding invitations that have been scrutinized by the Queen and that Meghan and Harry quite possibly had no say in picking.

Wedding invitations should embody the personality of the soon-to-be wed couple. (Ours had a rustic vibe and included an illustration of mason jars, to match the ones we used to hold candles on the guests’ tables.) Some have said, though, that the invitations were printed on English cards using American ink because Harry is English and Meghan is American. If true, then I think that’s a pretty cute detail. 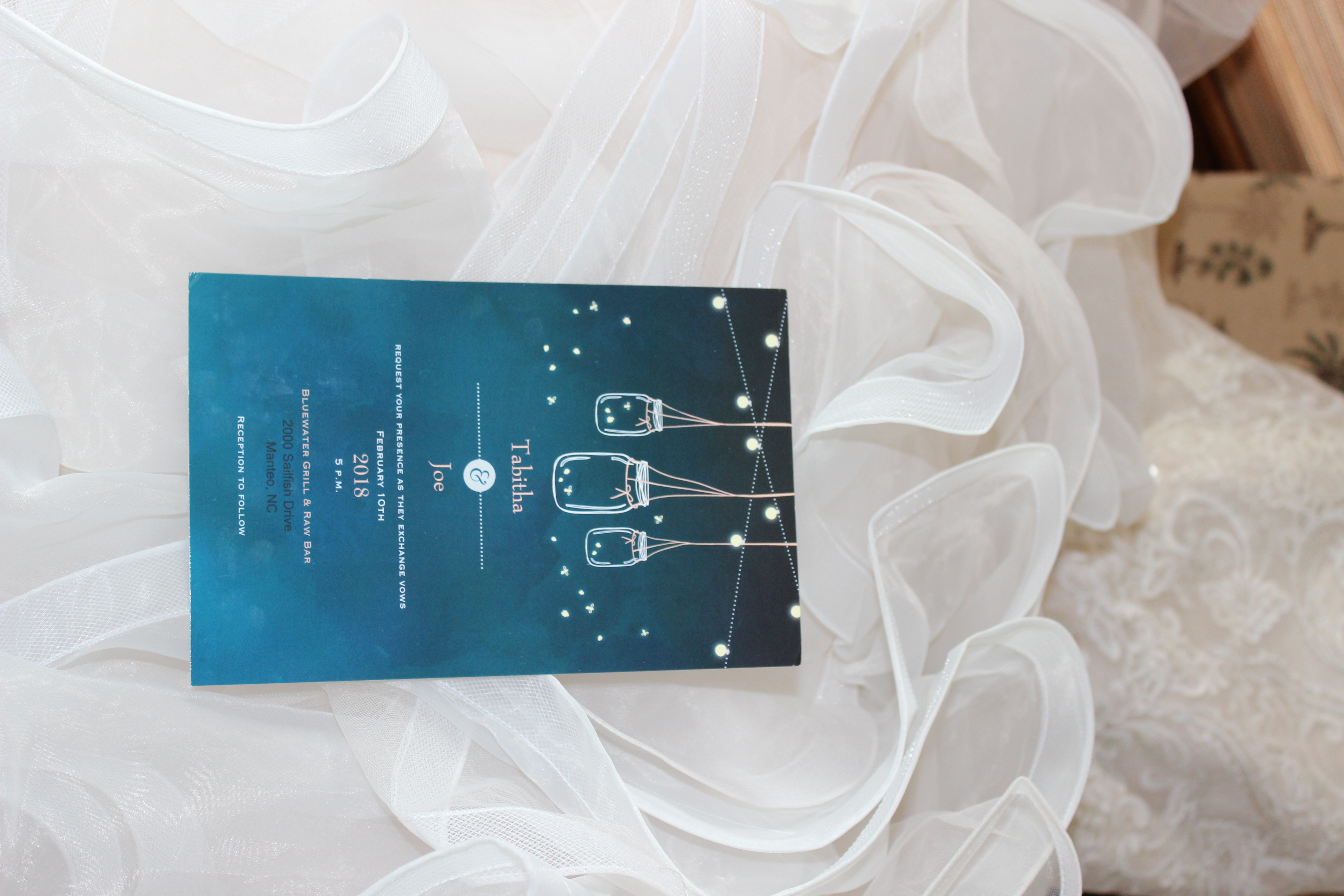 In 1923, the Queen Mother (the late Elizabeth Bowes-Lyon) placed her bouquet at the Tomb of the Unknown Soldier in memory of her brother, Fergus, who was killed in 1915 at the Battle of Loos during the First World War. Since then, many royal brides (including Kate) have continued the tradition. Following the ceremony, Meghan is expected to do the same.

While this tradition does sound respectful, it also seems out of place (hmm, or is “inappropriate” the word I’m looking for?) for a wedding. I’m not sure I would want to visit a graveyard immediately after saying “I do.” Weddings are a time for love, laughter, and dancing — not graveside visits. Although I’m sure Meghan won’t have to actually step foot near the grave herself, the whole idea still feels a bit morbid.

My second question: Will she get a second bouquet to toss in the air to her guests? Considering her bridesmaids will be children, I’m assuming not. Sure, to many people, the bouquet toss is a cringe-worthy, slightly embarrassing American tradition where the single ladies line up to catch the flowers in hopes of becoming the next bride, but for me it was a hilarious memory I’ll never forget. Instead of gracefully tossing the beautiful flowers that my mom had put together for me over my head toward my friends, I hit a ceiling fan and chopped the bouquet in half. I was so embarrassed that I just turned around and flung the remaining flowers to my husband’s cousin. Was it ideal? No. But it was a funny moment I’ll remember forever. Plus, the bouquet toss is meant to bring good luck to the female guests at the party — and surely Meghan’s pals might like to have a little fun with the whole thing? It could have been a cute photo opportunity; I’m just saying. 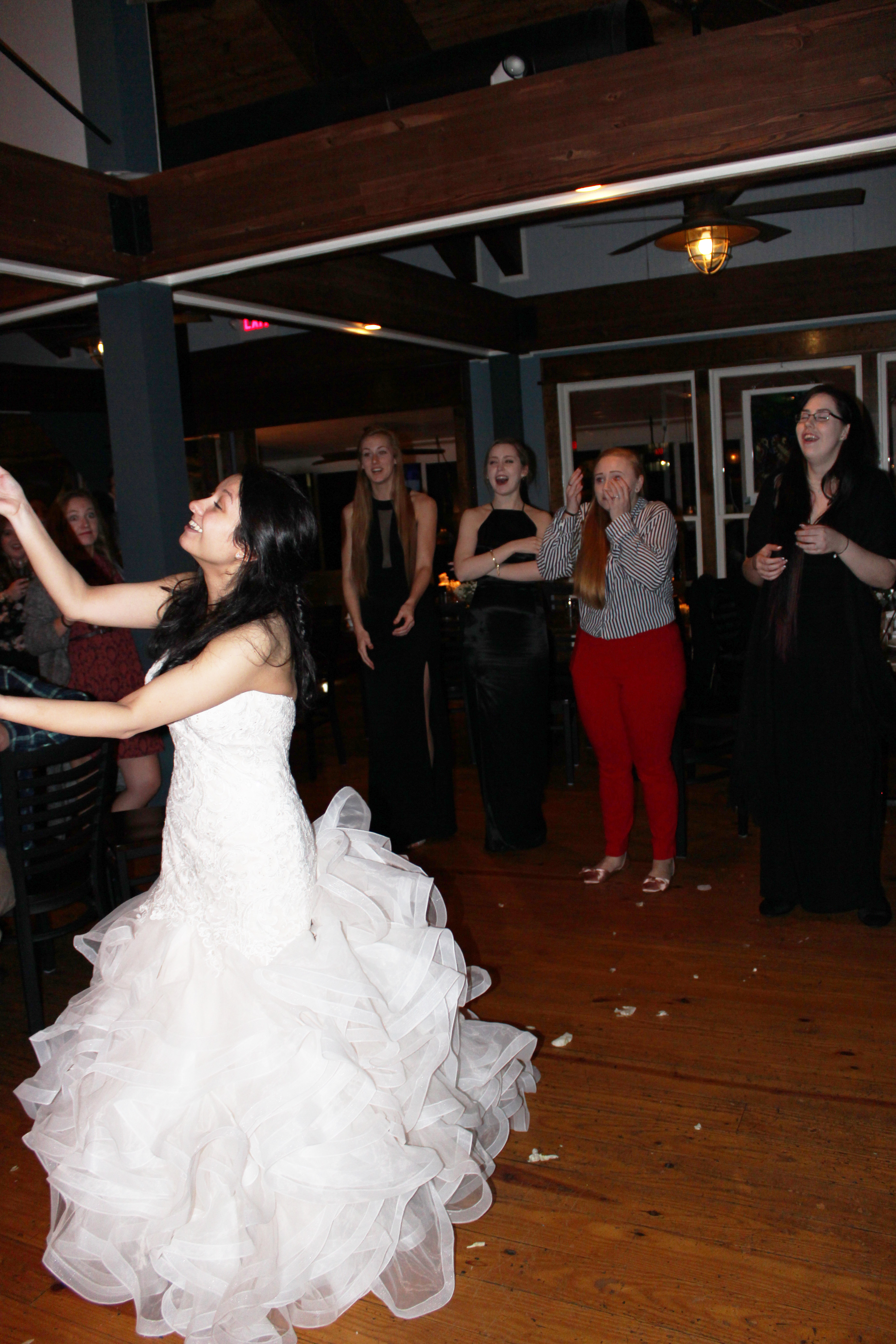 After Meghan and Harry tie the knot, they’re expected to attend a wedding breakfast, a luncheon reception — which will be hosted by the Queen at St. George’s Hall at Windsor Castle — and an evening reception. All 600 guests are invited to attend the luncheon, which will be held in the exact same hall the royal family holds its Christmas parties. Following the Queen’s luncheon, the couple (plus 200 of their guests) will then attend a third, private reception hosted by Prince Charles at the Frogmore House. How stuffy!

Basically, the event revolves around a strict, tight schedule that dictates exactly where Harry and Meghan should be, and when, and with whom — and one that doesn’t allow much time for relaxing together as a couple or simply soaking it all up. Don’t get me wrong, it must be nice to have the royal family footing the bill and taking care of every perfect detail for the couple — but it also sounds like a tense to-do list for Meghan, with so much potential for stress.

I was nervous about my wedding, and I had less than 80 people on my guest list. I also just can’t imagine having a wedding reception where my family usually has our Christmas dinner — but then again, we don’t live in a palace. Most likely, Harry and Meghan will be running around trying to talk to guests and smiling for endless pictures — and before they know it, the day will be gone.

If I were Meghan, I’d ask Harry for a second, private wedding — and I wouldn’t tell a soul about it.