When this Australian couple put their house on the market, they probably never expected their online ad to be such a hit. But images of the home’s interior have gone viral after viewers spotted a rather unexpected intruder lurking in the corner.

At first glance, nothing seems amiss about the two-story house, which is featured on the Bell Real Estate‘s property website. There are wooden floors and door frames, a sink and cabinets, a child’s peeping head…Wait, that’s not supposed to be there right?! 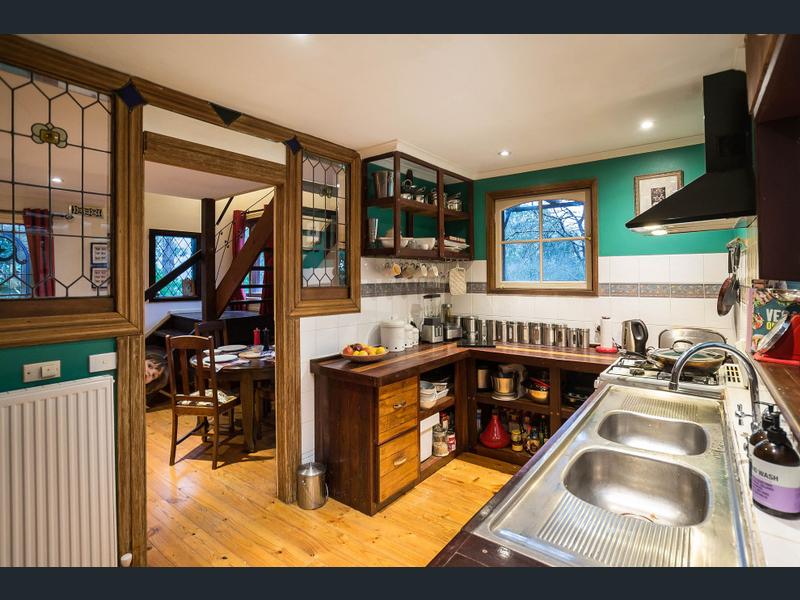 Turns out, while snapping a shot of the kitchen, the photographer captured the couple’s mischievous little boy peering around the door frame. And apparently, the professional failed to notice his presence before posting the photo online for all to see.

The boy’s mother, Jenny McAdams, said that she couldn’t believe how her son managed to pull off the stunt.

“We were huddling in the laundry locking him in,” McAdam told The Courier Mail. “Even the real estate agent was helping me keep him out of the shots.”

MUST-SEE: 20 Animals That Completely Stole the Spotlight from the Bride

An eagle-eyed family friend, Lorelei Vashti, was the first to point out the three-year-old in the photo, sharing it to her Instagram with the culprit boldly circled.

I am literally obsessed with this kid who snuck into his family's professional 'house for sale' photo shoot.

“I am literally obsessed with this kid who snuck into his family’s professional ‘house for sale’ photo shoot,” she captioned the photo. “DISCLAIMER: I actually know this kid and this house. It’s fantastic, and you should all buy it and move out to Belgrave with us,” she added.

And it appears that Vashti isn’t the only one who can’t get enough of the boy’s hilarious antics.

And after all the publicity this home has now received, we can’t help but agree! We’re currently jotting this down on our list of top tips for selling your home.