Don’t go, Raúl Esparza! The Law & Order: SVU actor — who portrays Assistant District Attorney Rafael Barba on the show — is sadly leaving the popular series after six memorable seasons. His final episode was Wednesday, February 7, and it was an emotional one, to say the least.

During the hour-long tearjerker, he pulled the plug on a child who doctors had declared brain-dead. Although he was acquitted of all charges associated with the crime, he decided to resign, and now Chicago Justice character Peter Stone (played by actor Philip Winchester) will take over the role. 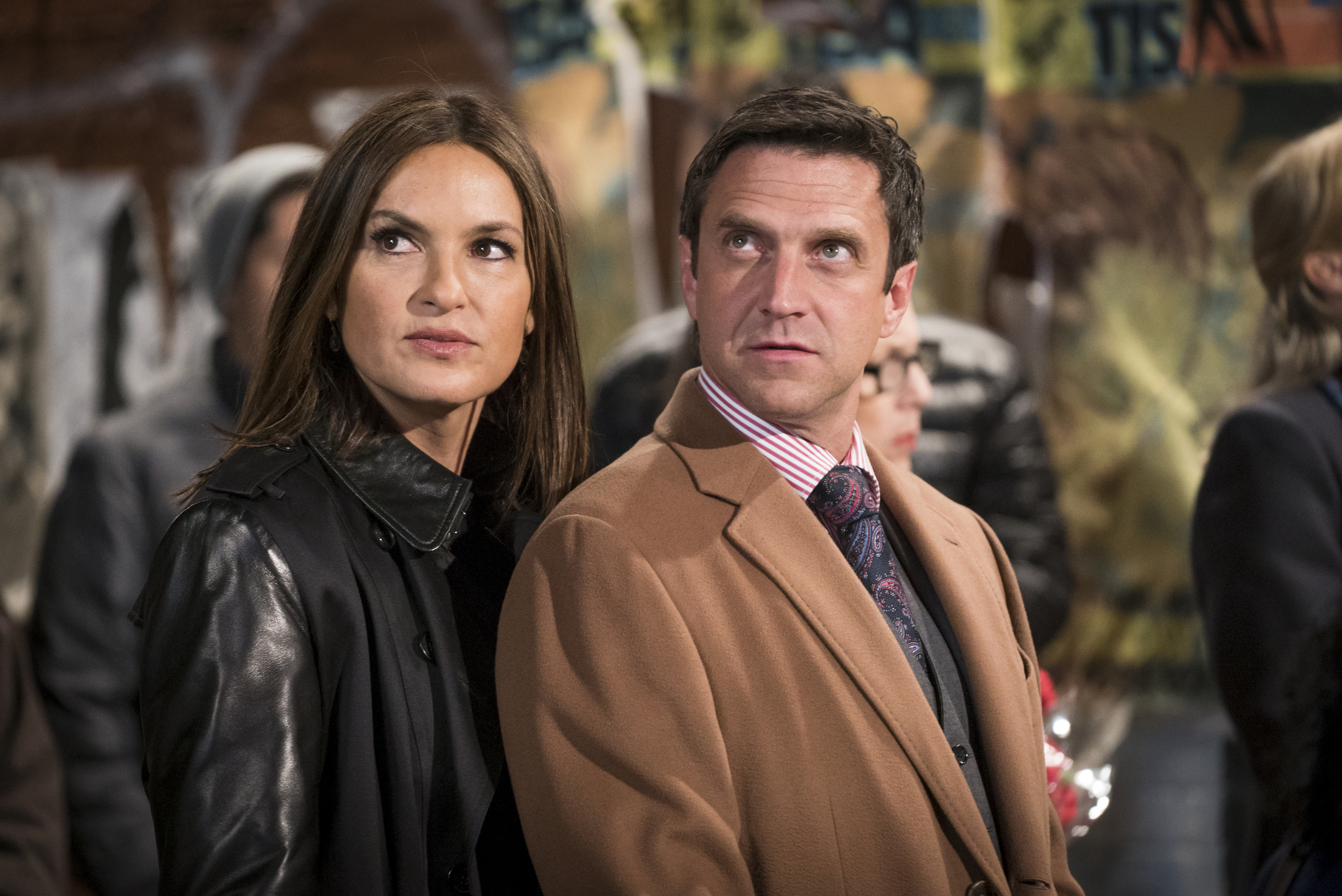 The show’s runner Michael Chernuchin is sad to see him go, but assured fans that this might not be the last we’re going to see of Barba! “It has truly been an honor writing for Raúl,” he shared with Entertainment Weekly in a new interview. “The power, sensitivity, and morality he brought to the character of Rafael Barba never failed to elevate our scripts. Raúl is family and we look forward to seeing his talent shine in new projects. As for Barba, SVU fans may see him again soon.”

And Raúl isn’t ruling out coming back either! When asked if he’d return to Law & Order: SVU one day, he replied, “Absolutely, because I’m really rooting for the opportunity to make television history with the series. I’d be lying if I didn’t say that’s part of what we all hope for, that NBC manages in the end to get a record-breaking series on its hands with potential 21 years.”

He added, “Also, this doesn’t always happen when you work with people, but I became friends with Mariska [Hargitay] and she’s part of my life now. I don’t just miss the role, I miss her, so any opportunity to get back into a room with her is valuable to me. Part of the reason I became Barba, and that it turned into the show that it did for me, was the way I hit it off with her and that was surprising.” So sweet! We bet she’ll miss him on-set.

Raúl also shared why he broke the hearts of Law & Order: SVU fans everywhere by deciding to leave the show. “I’ve done six seasons, I felt like it was time to go,” the 47-year-old shared. “I had explored a lot of what I thought Barba was about. I just felt it was time to move on. I was also feeling like the role has changed over the years in a way that has been an interesting experience for me. Again, I’m a theater guy, so it’s like having a script in front of you that keeps changing every time you go to do it. The learning process of how roles grow over a period of time with a series has been kind of fascinating, and I just felt I had reached the end of what I wanted to explore where they were writing.” Best of luck in all your future endeavors, Raúl — and we hope to see you back soon!