It was a family affair for Pink at the 2018 Grammys as the “What About Us” singer stepped out on the red carpet with husband, Carey Hart, daughter, Willow, and her mom. Yet, it was the singer’s voluminous dress that had fans in a tizzy, with many questioning whether she was hiding a future Hart under her brightly colored outfit at the awards show.

The star has in no way hinted that she’s expecting — wearing a puffy gown doesn’t constitute an announcement, people! — but the 38-year-old has been very open about wanting a big family, even before welcoming her second child, son Jameson, in 2016. “I would like to have five,” she told E! News about her family goals in 2013. 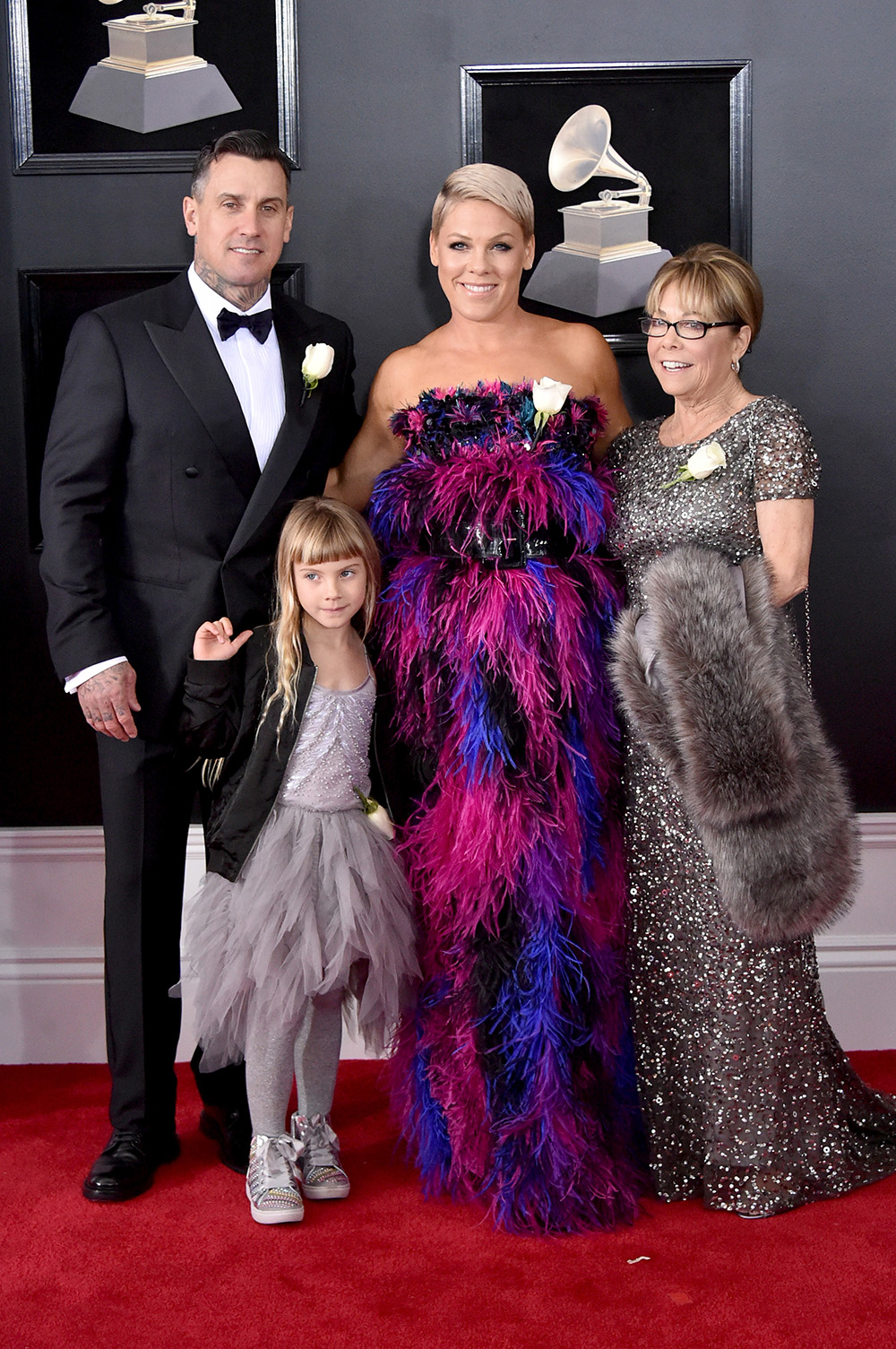 This is not the first time Pink has been seemingly body shamed on the red carpet — even though, in our opinion, she looked flawless. In 2015, she responded to haters who criticized her weight gain. “I can see that some of you are concerned about my weight,” she wrote on Twitter. “While I admit that my dress didn’t photograph as well as it did in my kitchen. In fact, I feel beautiful. So, my good and concerned peoples, please don’t worry about me. And I’m not worried about you either… I am perfectly fine, perfectly healthy, and my healthy, voluptuous, and crazy strong body is having some much deserved time off. Thanks for your concern.” She also reassured fans that her husband loves her at any size, adding, “My hubby says ‘it’s just more to love baby’ (and then I smack his hand off my booty cause we’re in a supermarket).”

Last year, she spoke out about bullying when it came to her six-year-old daughter at the VMAs, where she gave a show-stopping speech.* “Recently, I was driving my daughter to school and she said to me, out of the blue, ‘Mama?’ I said, ‘Yes, baby?’ She said, ‘I’m the ugliest girl I know.’ And I said, ‘Huh?’ And she was like, ‘Yeah, I look like a boy with long hair.’ And my brain went to, ‘Oh my god, you’re 6. Why? Where is this coming from? Who said this? Can I kick a six-year-old’s a–, like what?’ she said. “But I didn’t say anything. Instead I went home and I made a Powerpoint presentation for her. And in that presentation were androgynous rockstars and artists that live their truth, [who] are probably made fun of every day of their life, and carry on, wave their flag and inspire the rest of us…”

Pink Isn’t Letting the Internet Pit Her Against Christina Aguilera