If it seems too good to be true, it probably is. That’s what a lot of people are probably thinking right now after several fake accounts have popped up on the social media site Instagram, all claiming to be associated with Oprah Winfrey — and announcing an extremely generous Christmas giveaway of $5,000 to the first 100,000 followers. 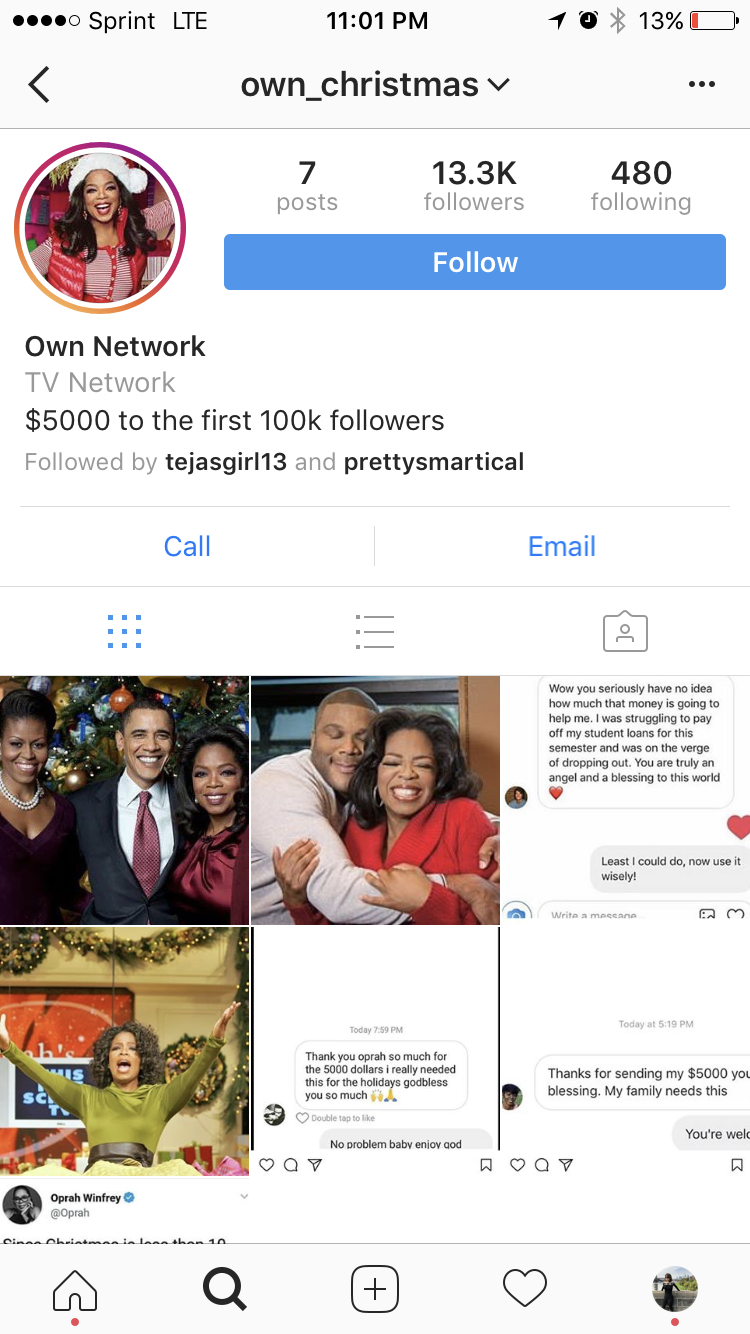 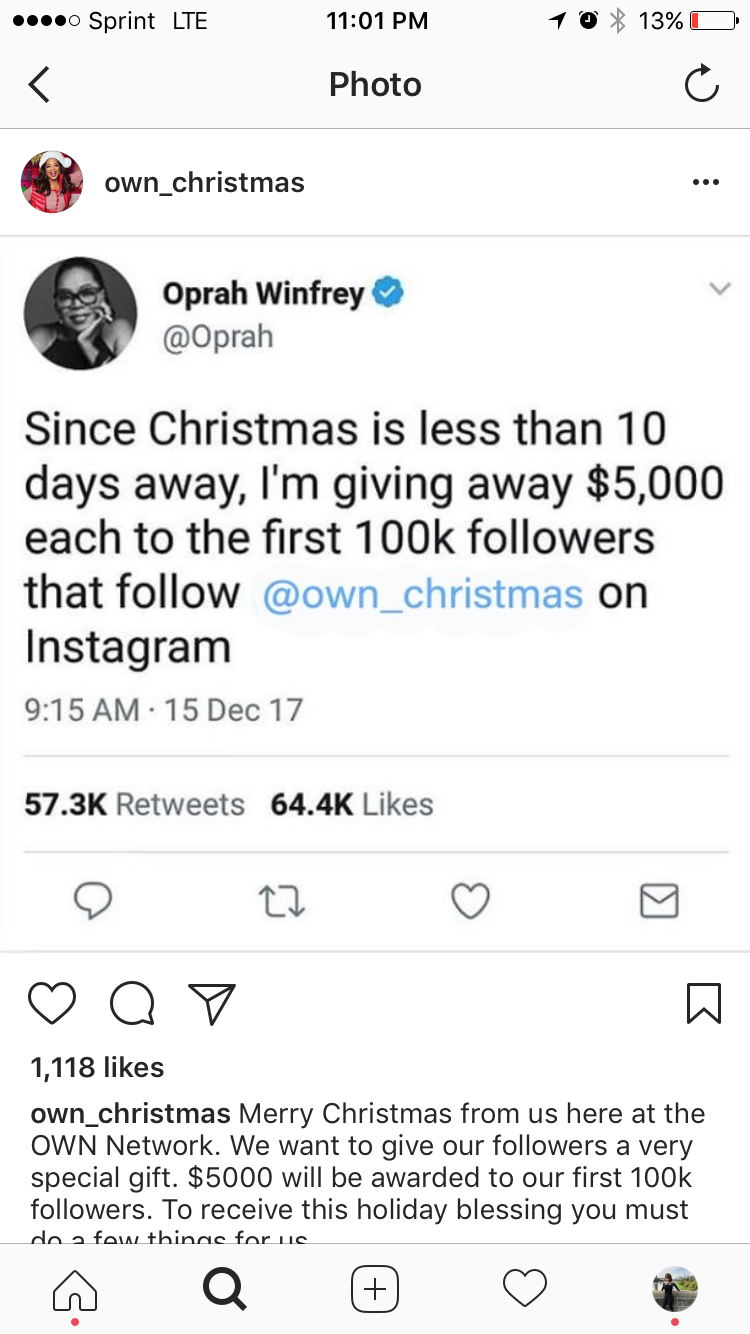 But a quick check on Oprah’s Twitter page will show you that the tweet does not exist on the page. In fact, the media mogul did not tweet at all on December 15 — the day it supposedly went up. Furthermore, the account page itself did not have that famous verified checkmark that allows users to know for sure they’re communicating with the public figure they follow, and not some phony. Considering how much Oprah adores her fans, we’re sure she’d want them to know it was really her!

When you try to search that same page now, you get an error message indicating that the page has been removed or the link has been broken. But while that one may be gone now, several other pages with similar names are popping up in its place, all claiming that same too-good-to-be-true deal. 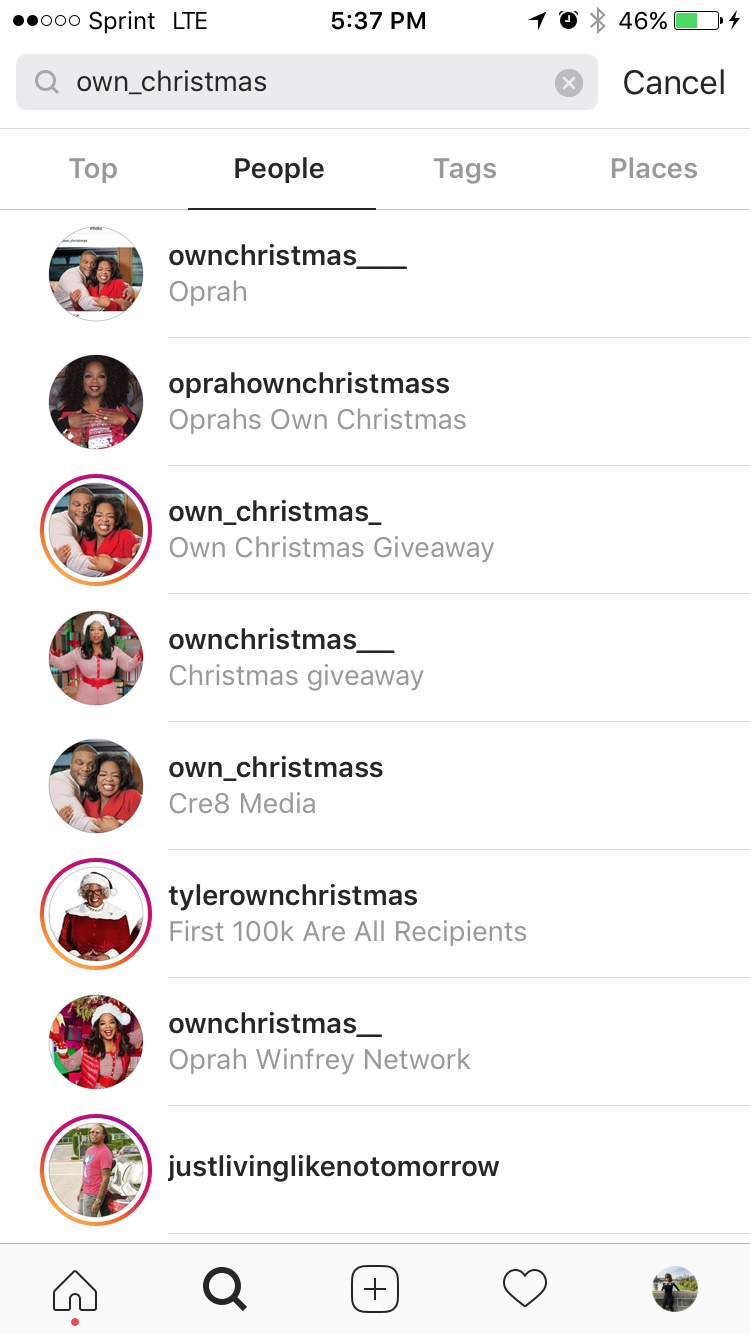 The good news is that Oprah Winfrey’s team has responded swiftly to these fake pages and is working hard to make sure every last one is taken down. A spokesperson for Oprah Winfrey said, “These are false social accounts. We have notified the social media platforms who are working diligently to deactivate these accounts.”

Oprah herself has also reached out to commenters on her official Instagram page, making sure they know the truth firsthand. 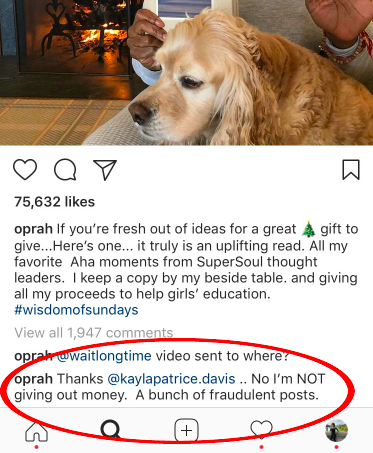 In the meantime, you can learn more about verified badges and how to spot real public figures at Instagram’s help center.

How to Block Annoying Robocalls From Numbers With Your Area Code

Here’s How to See Who Deleted You On Facebook