Meghan Markle has decided against having a maid of honor by her side at the royal wedding on May 19, and there’s a very relatable reason behind the seemingly out-of-the-box choice. Despite speculation she might choose one of her friends, Kensington Palace confirmed Friday that she’ll just have bridesmaids. Why? Well, she simply couldn’t decide between her group of friends.

“She has a very close-knit circle of friends and she didn’t want to choose one over another,” a palace spokesman said. “All have been actively involved in helping her prepare for the day and will be there in the days beforehand. She’s very happy to have their support.”

It was originally thought Meghan might pick Jessica Mulroney, her longtime BFF from Toronto (and one of the people who helped keep Meghan and Harry’s relationship a secret) for the top job. However, we’re guessing the socialite and bridal stylist doesn’t feel too hard-done by the decision having been involved every step of the wedding-planning process. Other women who were thought to be in the running included Serena Williams, Priyanka Chopra, or one of her Suits costars, Sarah Rafferty or Gina Torres. Her future sister-in-law, Kate Middleton, the Duchess of Cambridge, was also once speculated to take on the role. 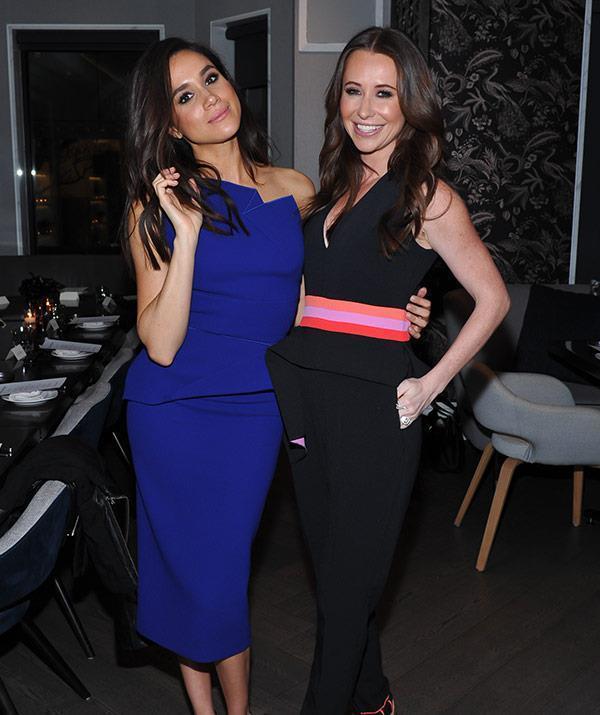 But alas, there will be no so-called “Pippa Middleton Moment” at this royal wedding! Of course, Pippa Middleton became a celebrity in her own right after captivating the public in her custom Alexander McQueen maid of honor dress at her sister Kate’s lavish wedding back in 2011.

Instead, Meghan — a former actress — will follow royal tradition with a bridal party made up of children as page boys, bridesmaids, and flower girls. The names of those special little people will be announced the week of the wedding. But the children tipped to take starring roles in the day’s proceedings are Ivy, the daughter of Jessica Mulroney, Jasper, the son of Prince Harry’s mentor Mark Dyer, and Harry’s niece and nephew, Prince George and Princess Charlotte. 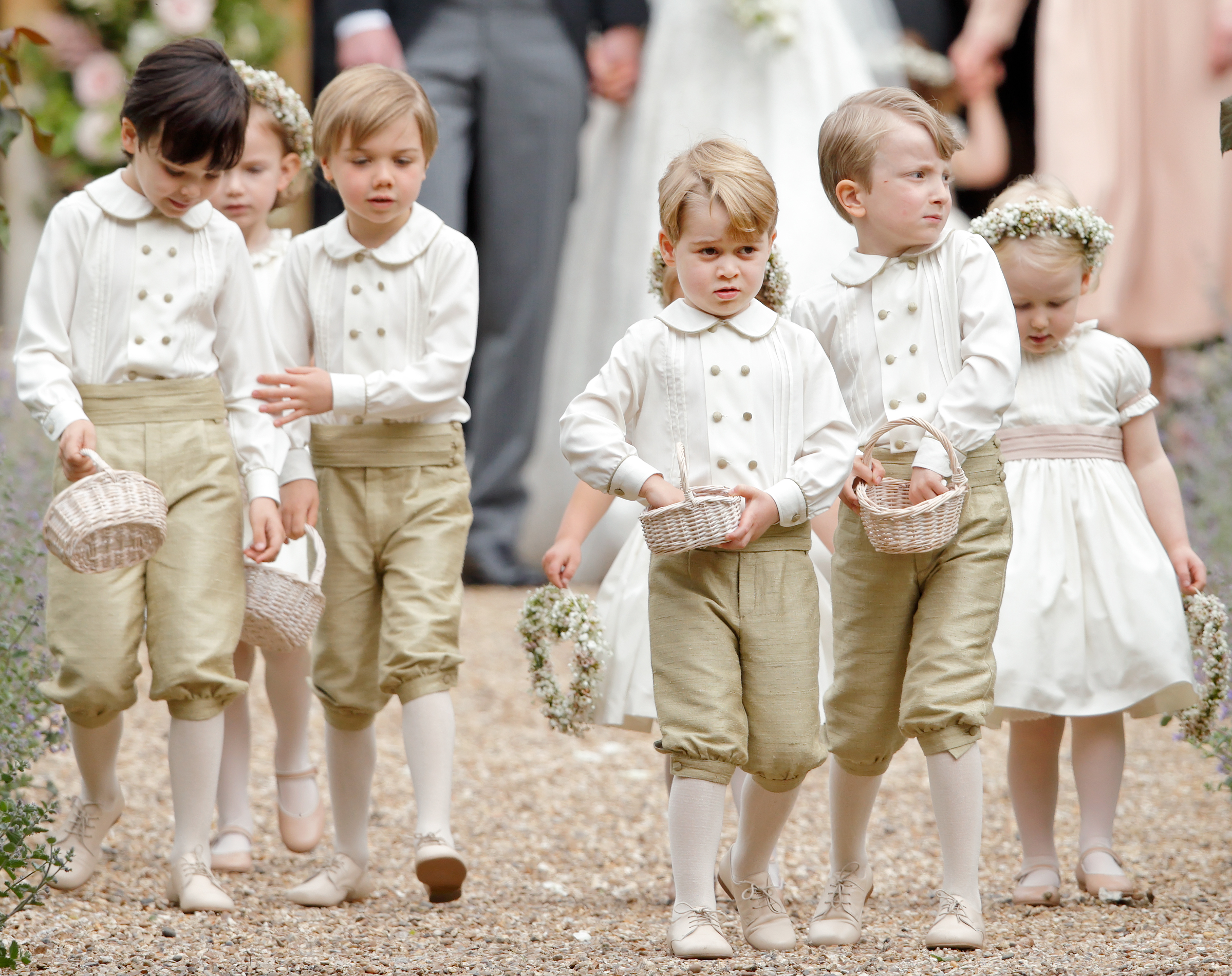 It’s expected young George will be a ring bearer, while Charlotte will be a bridesmaid. Of course, all eyes were on the royal tots at their aunt Pippa’s wedding to financier James Matthews last year. The brother-sister duo joined the bridal party as a page boy and bridesmaid — and they very nearly stole the show with their adorable antics. 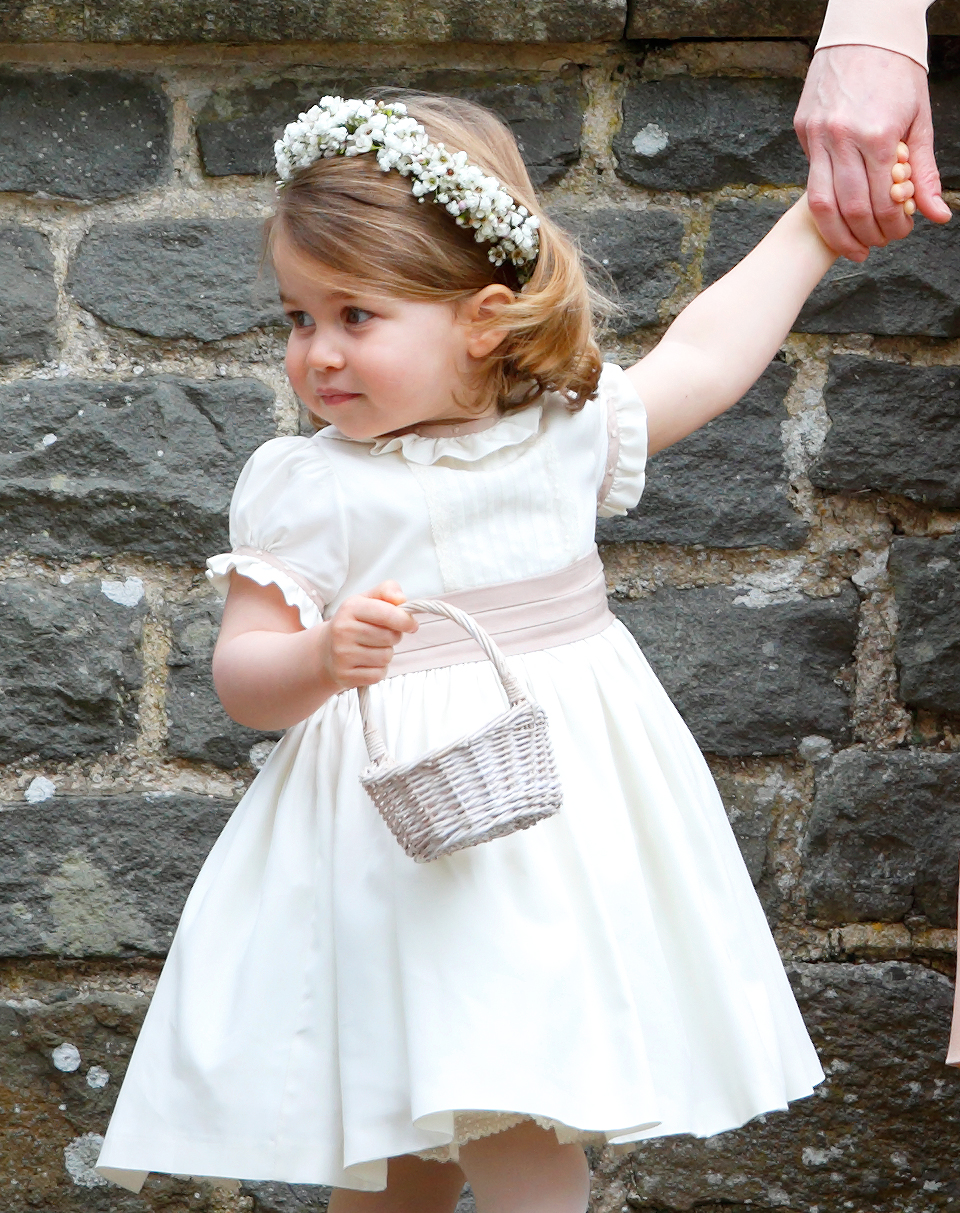 Don’t get your hopes up that the youngest of the Cambridge set will join. It’s unlikely the royal family’s latest addition will attend the royal wedding. Prince Louis will only be just under one-month-old on the big day, making him too young for such a big affair. Harry announced last week that he asked his brother, Prince William, to be his best man. It’s a lovely gesture, considering Harry served as William’s best man at his 2011 nuptials.

We’ll never forget the moment everybody’s favorite ginger-haired royal told his nervous older brother, “You are alright; she is here now,” as his bride-to-be made her way up the hallowed aisle of Westminster Abbey — and we can’t wait to watch similar scenes play out once again.

This article was written by Now to Love editors. For more, check out our sister site, Now to Love.