We already know quite a lot about Prince Harry and Meghan Markle’s May 2018 nuptials, but one big question still remains — what will their wedding invitations look like? Although it sounds like Meghan is planning for some aspects of her big day to be non-traditional, she might not get much leeway when it comes to the design of their invites.

One notable reason why royal wedding invites are typically kept pretty classic is that they’re sent from Queen Elizabeth, not the bride and groom themselves. Although we likely won’t know what Harry and Meghan’s invitations definitely look like until closer to Saturday, May 19, we can guess their features based on past royal wedding invites. For example, when Prince William and Kate Middleton tied the knot in April 2011, the details of their nuptials were printed on thick, eight-by-six-inch white card stock with the queen’s royal cypher stamped in gold. 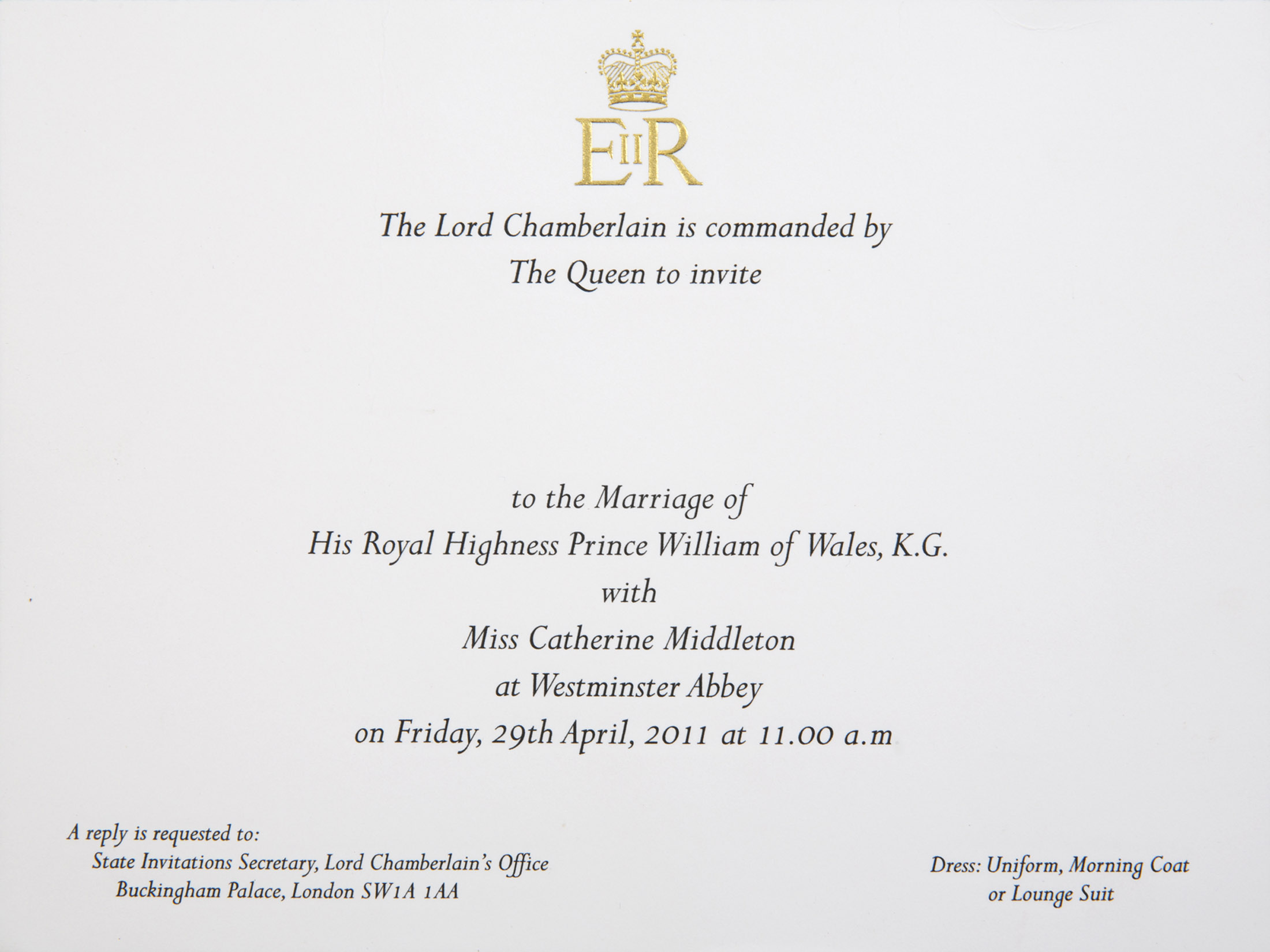 “The Lord Chamberlin is commanded by The Queen to invite [Name] to the Marriage of His Royal Highness Prince William of Wales, K.G. with Miss Catherine Middleton at Westminster Abbey on Friday, 29th April, 2011 at 11:00 a.m.,” the invitation’s black printed text read. The card also included a reply address and a note on the “Uniform, Morning Coat or Lounge suit” dress code. Fancy, right?!

When Queen Elizabeth’s son Prince Andrew married his now ex-wife Sarah Ferguson, Duchess of York back in July 1986, their royal wedding invitation looked very similar to William and Kate’s. However, their cards also included a mention of Prince Philip, perhaps because he was the father of the groom, and not the grandfather of the groom, for that occasion. 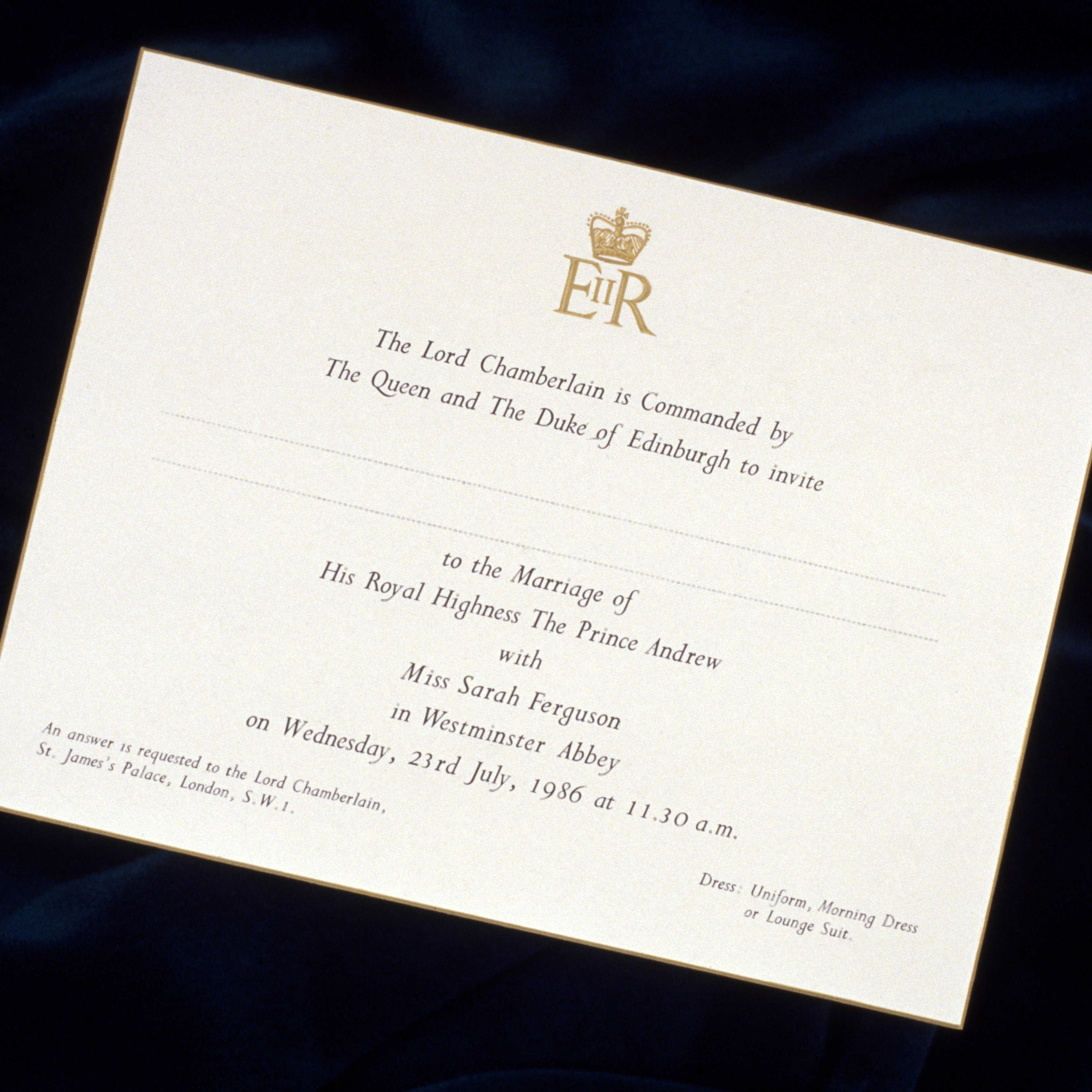 “The Lord Chamberlin is commanded by The Queen and the Duke of Edinburgh to invite [Name] to the Marriage of His Royal Highness The Prince Andrew with Miss Sarah Ferguson in Westminster Abbey on Wednesday, 23rd July, 1986 at 11:30 a.m.,” the text — which was printed on the same eight-by-six-inch white cardstock with the Queen’s gold royal cypher — read.

Before William and Kate’s big day in April 2011, “save the date” notices were reportedly sent out via fax in January. Guests later received their official invites through the mail in February, a full two months before the wedding. So, if royal tradition persists, we should get a glimpse of Harry and Meghan’s invitations around mid-March — we can’t wait to see them!

Kate and William’s Engagement Interview Is Almost Identical to Harry and Meghan’s — So Cute!