Could Prince Harry and his stunning fiancée, Meghan Markle, get any cuter? The adorable couple stepped out in London on Tuesday, January 9, for their first joint public appearance of 2018 — and the new photos of Harry and Meghan are so sweet! During the outing, Harry, 33, and Meghan, 36, visited Reprezent Radio in Brixton, South London, an organization that offers training and exposure for young people hoping to work in the music industry.

Upon arrival, Meghan was photographed wearing a black Marks and Spencer sweater, matching Burberry slacks, and black pumps under a gray Smythe coat. She accessorized the monochromatic look with a gray scarf adorned with black trim. Harry, on the other hand, wore black pants, a gray sweater layered over a crisp white shirt, and an olive green sport coat. 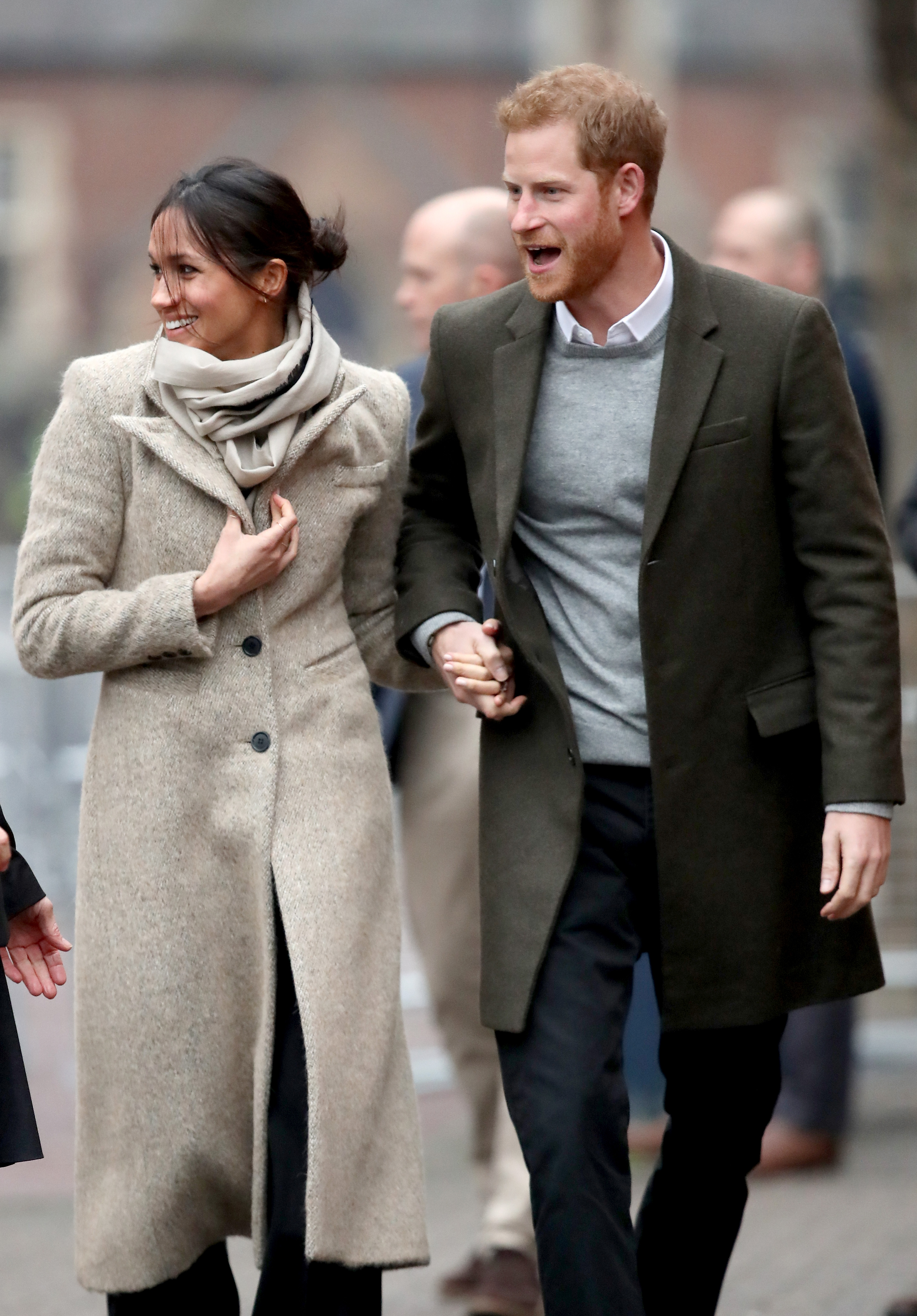 Several of the cute photos snapped of Harry and Meghan at the event show the former Suits actress looking visibly overwhelmed by the warm welcome from Brixton locals. Hundreds of people — many holding up sweet, homemade signs — lined the streets outside Reprezent Radio in hopes of catching a glimpse of the newly engaged couple, who are set to wed in May of this year. According to The Telegraph Harry even remarked to Meghan that “it’s so loud” before prompting her to “give them a wave!”

Harry and Meghan’s latest royal outing comes just days after the pair reportedly returned to the U.K. from their New Year’s vacation to Monaco and Monte Carlo. According to Entertainment Tonight, the couple took a commercial flight to France to begin their trip — can you imagine running into Harry and Meghan on your flight? Just about a month ago, Harry and Meghan stepped out for their very first engagement at the National Justice Museum in Nottingham, England. We can’t wait to see more and more of Meghan as she gets ready to officially join the royal family this spring!

Prince Harry Gushes About First Christmas With Meghan Markle: “It Was Fantastic!”