Congratulations are in order for Prince William and Kate Middleton — they are new parents-of-three! The 36-year-old Duchess of Cambridge gave birth to a baby boy on Monday, April 23, Kensington Palace has confirmed in an official statement.”Her Royal Highness The Duchess of Cambridge was safely delivered of a son at 1101hrs. The baby weighs 8lbs 7oz. The Duke of Cambridge was present for the birth. Her Royal Highness and her child are both doing well,” the statement read. “The Queen, The Duke of Edinburgh, The Prince of Wales, The Duchess of Cornwall, Prince Harry, and members of both families have been informed and are delighted with the news.” The baby’s name has not been released at this time.

The new royal baby joins Kate and William’s two older children, Prince George, 4, and Princess Charlotte, 2. According to a previous report from Life & Style, George and Charlotte were so excited to welcome a little sibling into their family during their mom’s pregnancy. “They rub their mum’s tummy and talk to the new baby. George and Charlotte really are both lovely, normal kids,” a family friend told the magazine. 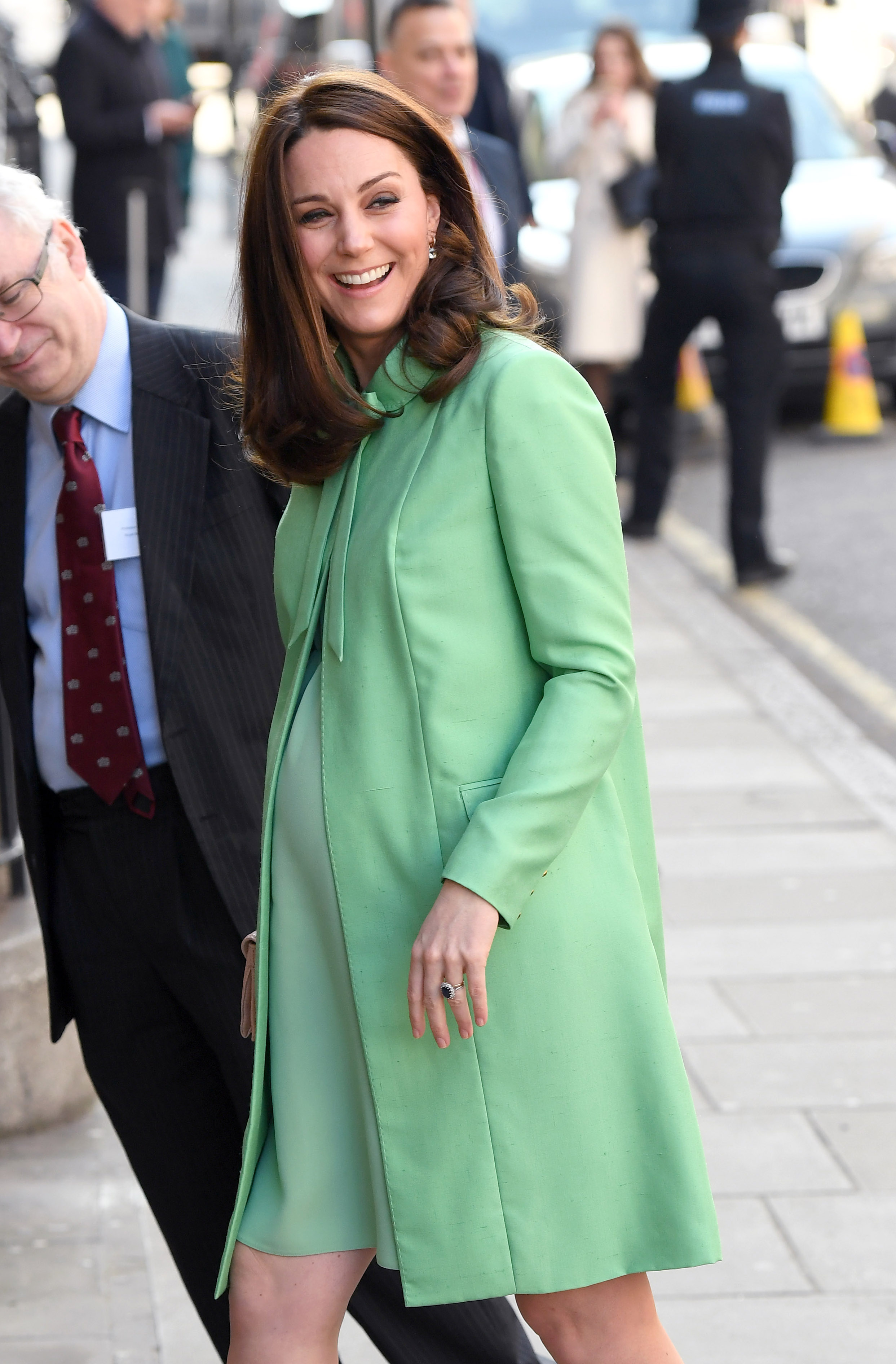 The arrival of Kate and William’s third baby comes just a few short weeks before Prince Harry is set to tie the knot with his fiancée, Meghan Markle, at Winsdor Castle on Saturday, May 19. According to a recent report, Harry and Meghan are eager to give George, Charlotte, and the new baby some royal cousins shortly after they tie the knot.

Royal expert Katie Nicholl recently said, “My sources are saying that Prince Harry, particularly, is very keen to start a family pretty soon after the royal wedding. He’s made no secret about wanting children.” We can’t wait for more royal babies to join the family — congrats again to Kate and William on their new addition, we can’t wait to meet him!

Prince George and Princess Charlotte Will Be a Huge Part of Prince Harry and Meghan Markle’s Wedding!

Kate Reveals George and Charlotte Love Making Pizza: “They Like Getting Their Hands Messy!