Duchess of Cambridge, Kate Middleton, seems like the perfect mom to kids Prince George and Princess Charlotte — but how much do you know about her royal parenting rules? Scroll down to see the dos and don’ts of Kate’s child-rearing!

Do: Allow some screen time.

There are TVs in the palace! George, 4, especially loves Peppa Pig and Fireman Sam. “You have to pretend you’re really interested in it, because George gets very upset if you’re not showing due attention to the characters,” says dad, Prince William, 35.

With such athletic parents, it’s no surprise that George and Charlotte, 2, are quite sporty. George “goes superfast” on his scooter, says Kate, 36. “It’s hard to keep up with him!” And the little princess is a soccer star! “Charlotte is showing more aptitude,” Will says of his daughter, who also loves horseback-riding — like her great-grandmother, Queen Elizabeth!

Do: Teach kids how to honor family.

William tells his kids about their late grandmother, Princess Diana, at bedtime. “We’ve got photos up around the house of her and talk about her a bit,” he says. “I try to remind them that there are two grandmothers in their lives. It’s important that they know who she was and that she existed.”

Don’t: Impose too many restrictions.

The palace doesn’t always look picture-perfect! When “I try to [bake] with George at home, chocolate… goes everywhere. George makes so much mess. It’s chaos,” says Kate, who admits her daughter can be just as wild. William adds, “Running around, pushing things, jumping. Please tell me it gets easier?!”

As a major in art history, Kate makes sure her kids visit museums — and also make their own creations, which they give to Gan-Gan (the queen!) as gifts. “That goes down really well,” says William. “George is very good at arts and crafts.”

Don’t: Lose your cool during tantrums.

Kate’s kids have had meltdowns on a public stage! She deals with tantrums by getting down to the child’s level and communicating “in a calm-ish, reasoned, and understandable tone” — advice found in one of the Duchess’ favorite parenting guides, The Modern Mother’s Handbook ($9.00, Amazon).

Along with Prince Harry, Kate and William started the “Heads Together” campaign to help remove the stigma around mental health. “Catherine and I are clear that we want both George and Charlotte to grow up feeling able to talk about their emotions and feelings,” says William. Kate, who has admitted to feeling “very broody” in her third pregnancy, has also called attention to new moms’ struggles with postpartum depression. “Parenting is hard enough without letting prejudices stop us from asking for the help we need for ourselves and our children,” she says.

Do: Read and reference The Modern Mother’s Handbook.

Kate is such a big fan of this popular how-to manual for modern mothers — it was written by an anonymous New York-based mom-of-two — that she wrote the author a thank-you note for writing her favorite go-to book. The book is jam-packed with expert parenting advice and offers simple, no-nonsense ideas and solutions for parents who want to raise happy, healthy, smart, disciplined, and interesting children. 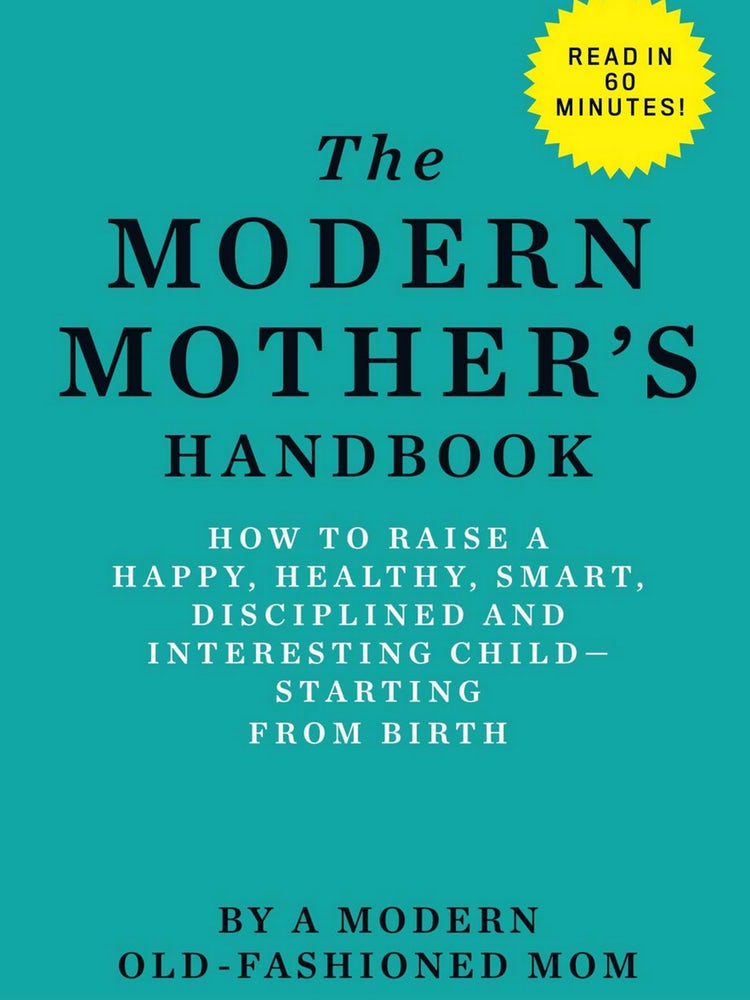 If anyone feels pressure to bow to custom, it’s Kate and William! And while they dress their kids conservatively — no superhero tees or tutus — they’ve managed to break the royal rules in other ways, from using Kate’s mom, Carole Middleton, as a babysitter to drop George and Charlotte off at school.