Kate Middleton dropped by Hornsey Road Children’s Centre nearly two months after the palace announced that she was pregnant with her third child and would be postponing the engagement. Of course, she had a good excuse… the beloved royal had to cancel last-minute due to extreme morning sickness.

Kate, 35, visited the center in London, which offers support to new and expecting mothers, on Tuesday morning. She chose to keep her growing baby bump under wraps at the engagement, wearing a loose-fitting cream coat from the designer Goat over a black dress, tights, and knee-high boots. 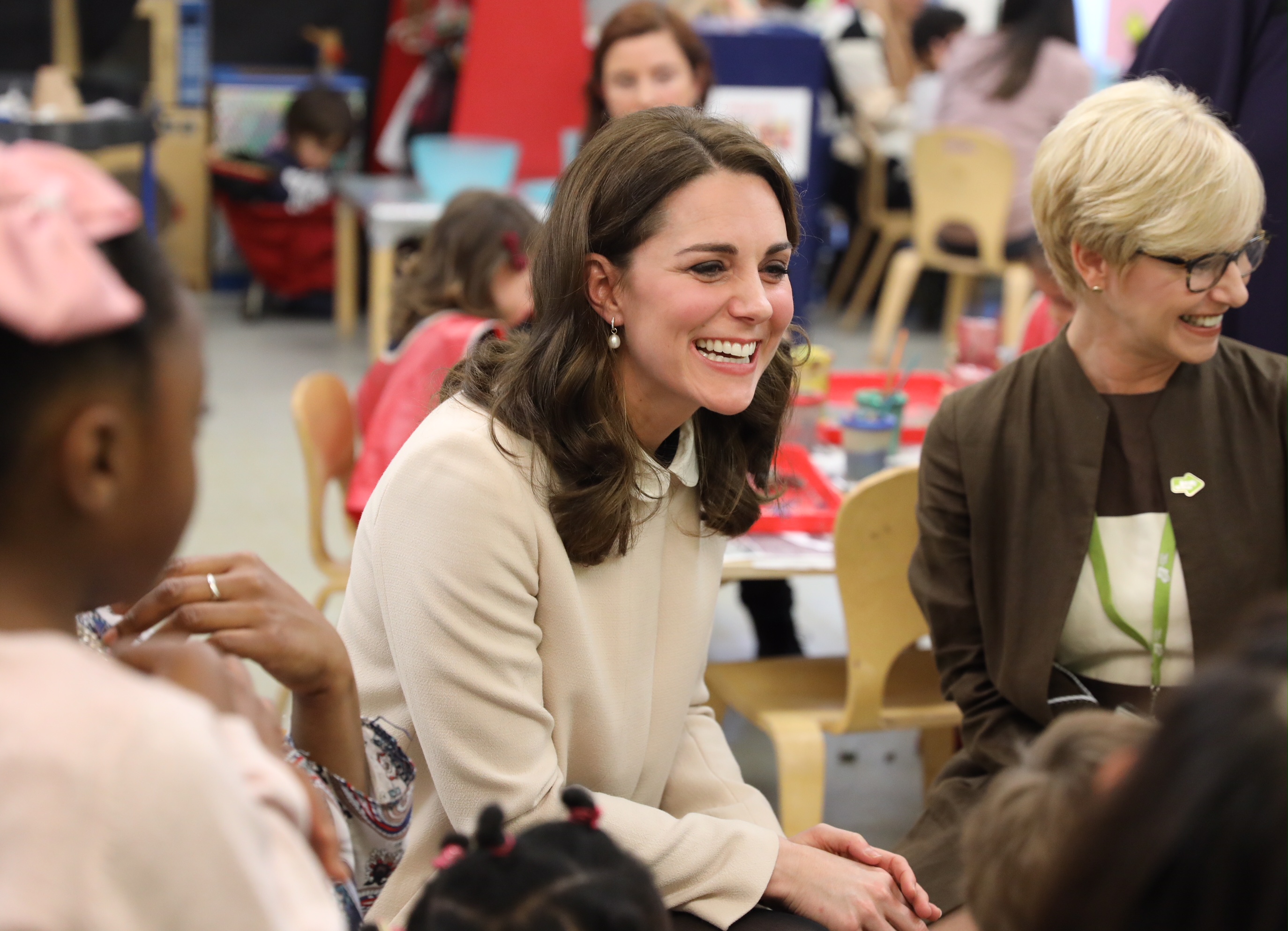 Kate took the opportunity to chat and laugh happily with a wide range of parents at the event. (Photo Credit: Getty Images)

During the appearance, Kate took the opportunity to bond with fellow expectant moms and new parents. Speaking with single father Billy, Kate explained that her husband, Prince William, initially found it difficult adjusting to fatherhood. Billy, 39, is raising his seven-month-old daughter Violet alone after taking custody from her mother.

“She was saying William was sort of similar, and I just wanted to let her know how Family Action have been there for me and I think they need more support,” he said after the visit.

The proud mom to Prince George, 4, and Princess Charlotte, 2, also spoke fondly of her first-born while chatting with mother-of-two Michelle and her son, Jacob.

“She was asking about what Jacob liked, and he said he liked airplanes and she was asking if he’d seen a spitfire. And we said we liked going to the science museum and Royal Air Force museum,” she said, according to the Daily Mail. “She was saying how George likes helicopters, [and] she was saying about the top floor of the science museum where the helicopters are.” Kate also chatted with 6-year-old Nevaeh Richardson-Natiko, who told the duchess that her favorite color is pink, according to PEOPLE. Kate revealed that’s Charlotte’s favorite color, too! 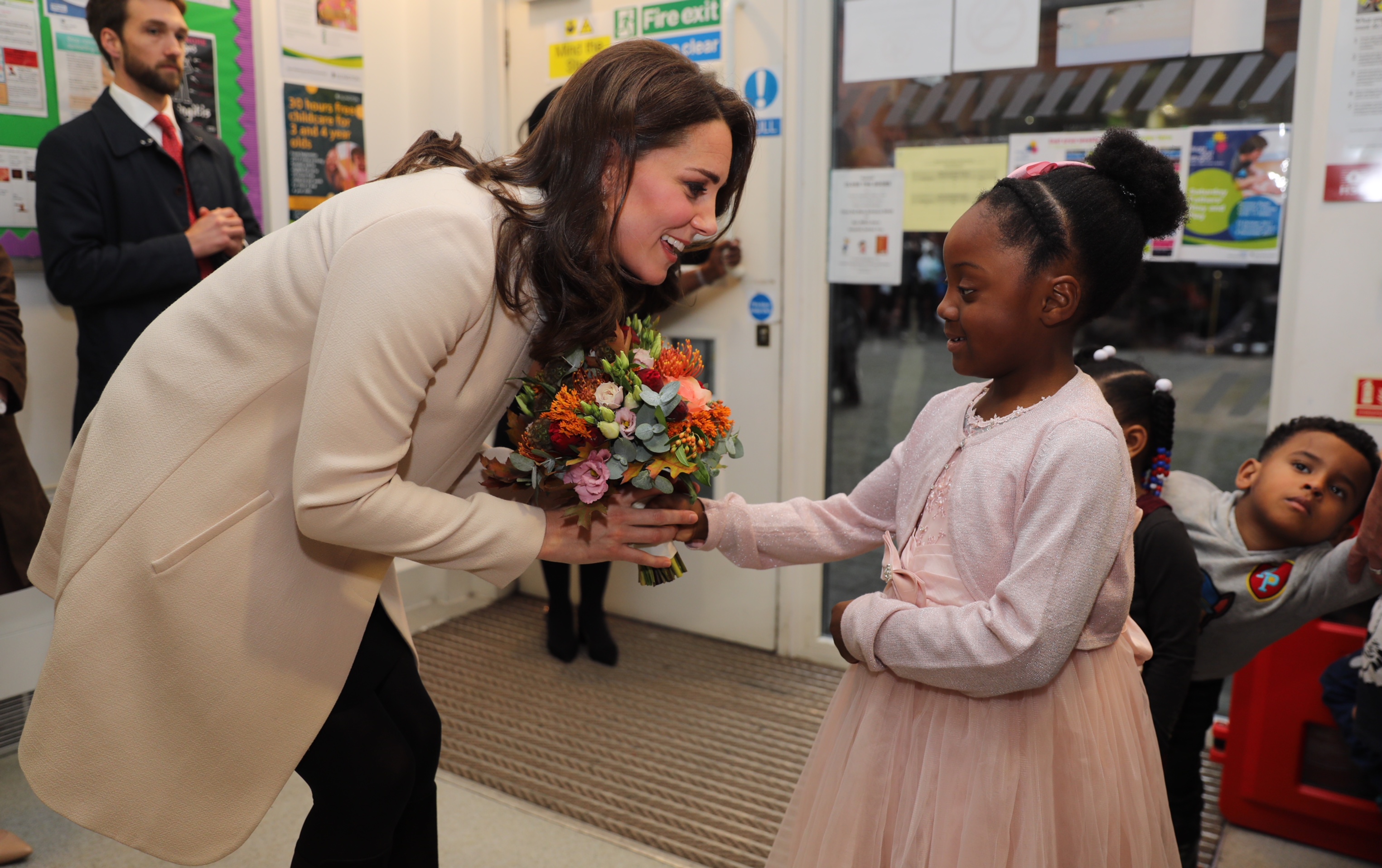 Kate has been forced to miss a number of important events in recent weeks — including her son’s first day at school — due to extreme morning sickness called hyperemesis gravidarum, the same nasty condition she battled with her two previous pregnancies.

But it looks as if she’s on the mend! Kensington Palace has begun to once again announce the royal’s appearances ahead of time, suggesting that she’s feeling well enough to schedule and keep forthcoming engagements. Kate and William are expecting their third little prince or princess in April 2018.

The beloved couple have not yet confirmed the baby’s exact due date, however there’s a chance the new royal addition could share their birthday with their great grandma, Queen Elizabeth, who will turn 92 on April 21. Or, if the royal baby were to arrive later in the month, their grand entrance could coincide with the Kate and William’s seventh wedding anniversary on April 29.