Kate Hudson was at the Los Angeles Theatre on April 14 to celebrate Gwyneth Paltrow‘s engagement to Brad Falchuk, but Hudson totally stole the show at the party. Why? Her baby bump is already showing, just a week after she announced her third pregnancy!

The paparazzi snapped pictures of the pregnant actress as she and her boyfriend, Danny Fujikawa, strolled their way into the star-studded shindig. Hudson wore a scoop-neck yellow dress and her beau as arm candy. 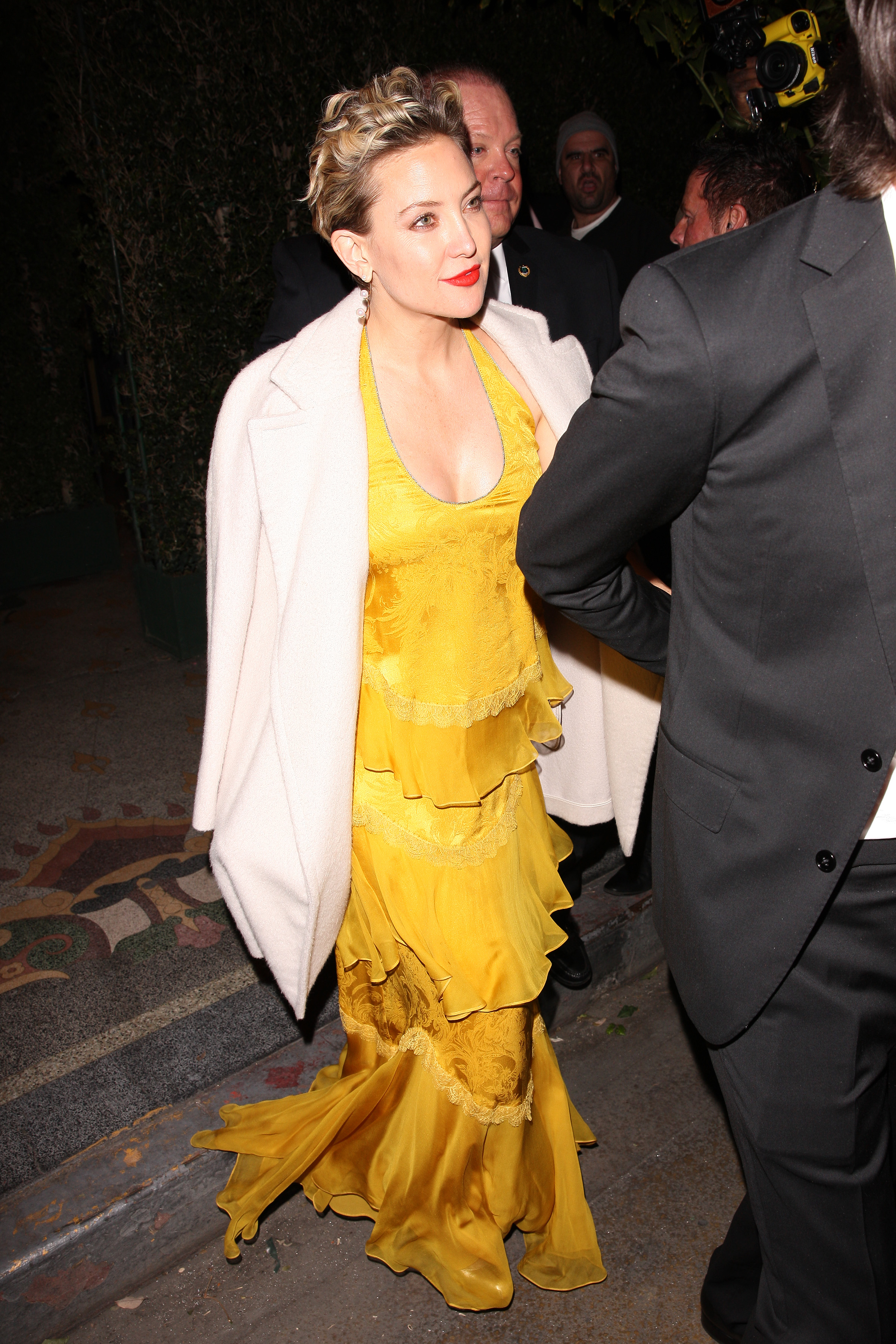 “We have been trying to keep this pregnancy under the radar for as long as possible, but I’m a-poppin’ now!” Hudson told Instagram followers in the caption of the video. “And it’s too darn challenging to hide, and frankly, hiding is more exhausting [than] just coming out with it! My kids, Danny, myself, and the entire family are crazy excited! A little girl [is] on the way.” Hudson also played coy with British newspaper The Times last month, saying she would “like to” have more kids and was “not done yet” expanding her family. She added, “A girl would be fun.” (Mission successful!)

All this joyousness is not to say this pregnancy has been easy on the actress, as you might have gleaned from her relative inactivity on social media. “It was the most sick first trimester of all my children. Boomerangs have made me nauseous, Superzoom is an easy way to have my head in the toilet, food instagrams make me [queasy] and thinking too much about [Instagram] stories made me even more exhausted than I already had been.” With any luck, she’s less nauseated these days and ready to return to social media full time. We want to see more of that baby bump!