Congratulations are in order for Hugh Grant — he’s expecting his fifth child! The 57-year-old actor is expecting baby No. 3 with his girlfriend, Anna Eberstein. Her mother, Susanne, confirmed the exciting new to Aftonbladet. “I’m very happy to be getting another grandchild. She’s due rather soon,” Susanne told the outlet.

Pregnant Anna, a Swedish television producer, debuted her growing baby bump while walking the red carpet with Hugh at the 2018 Golden Globes on Sunday, January 7. This will be Hugh’s third child with Anna, 35, and his fifth overall. The couple welcomed their son, John Mungo Grant, in September 2012, and a daughter — whose name has not been publicly released — in December 2016. Hugh is additionally a father to a 6-year-old daughter, Tabitha Grant, and a 4-year-old son, Felix Chang Hong Grant, from a previous relationship with Tinglan Hong. 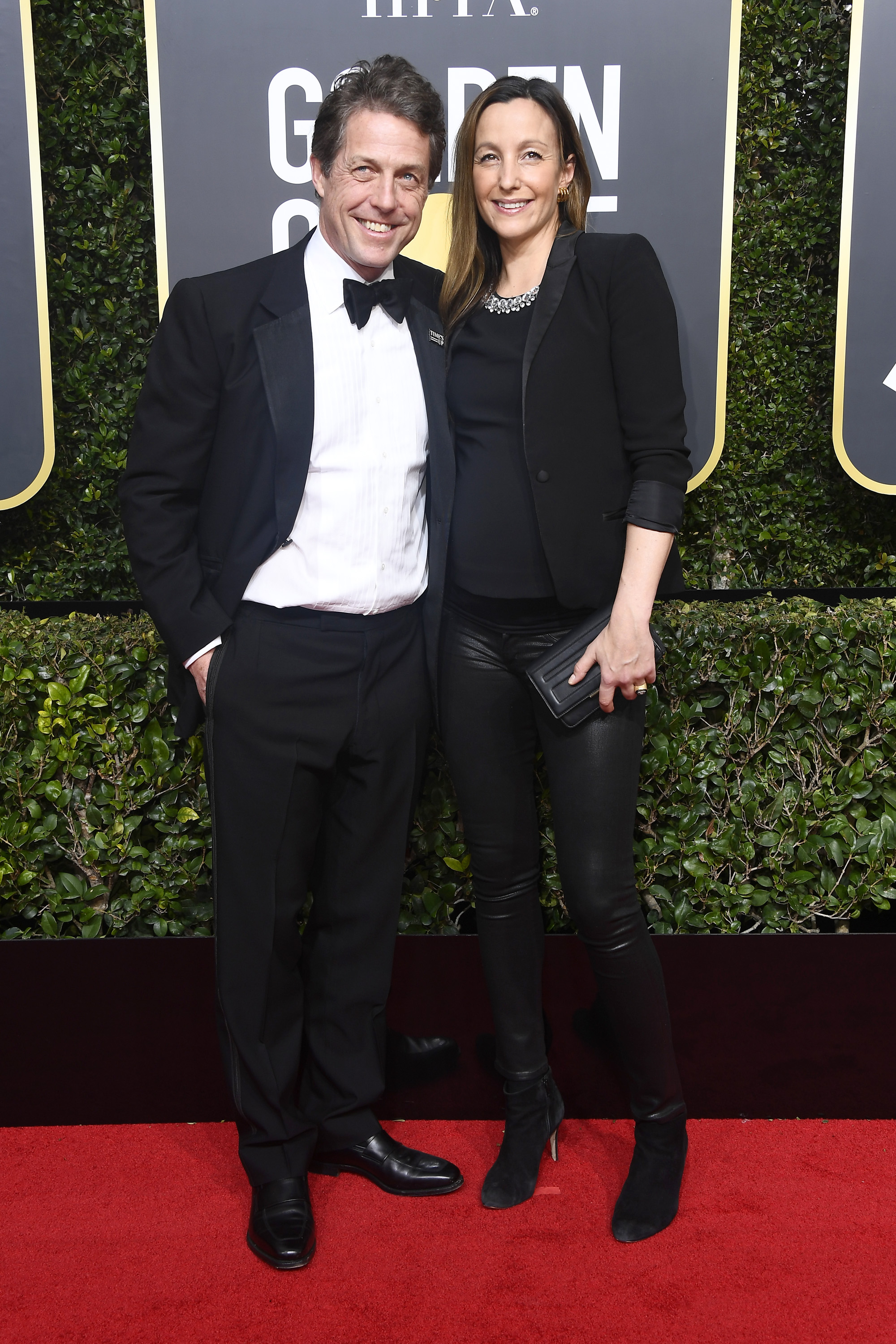 In 2012, Hugh candidly opened up about becoming a first-time father to his daughter, Tabitha. “I did feel a little lumpy when I first met my daughter, yeah. Lots of people warned me about [not falling for my own baby]. They said never let anyone know, but the baby period is not that exciting. But I am excited, actually. I thought, well, I’ll bluff through it — but very little bluffing has been required. I like my daughter very much. Fantastic,” he said at the time.

“There probably is some truth that one of our main functions on the planet is to reproduce because it feels more of an achievement than it should. Which is nonsense, really. But yesterday, I took my daughter to see my father, who’s in hospital, and all the nurses were cooing over her. And I felt, well, pride,” the Love Actually star continued.

“Has she changed my life? I’m not sure. Not yet. Not massively, no. But I’m absolutely thrilled to have had her. I really am and I feel [like] a better person… Well, I think I do feel a little less me, me, me. But then, I’ve had other family to look after. I have an elderly father who’s not very well at the moment, so its’ never been entirely me, me, me,” Hugh continued. Congratulations to Hugh and Anna on their third pregnancy!

Kym Johnson Flaunts Her 23-Week Baby Bump During a Workout — See the Clip!

Zara Tindall Is Pregnant With Baby No. 2 One Year After Suffering a Miscarriage