Our hearts were warmed when we saw how carefree and happy the trio were with each other during the closing ceremony of the 2017 Toronto Invictus Games. It turns out, the foundation of Prince Harry and Doria’s friendship dates back to when Meghan Markle first introduced them in Los Angeles back in the summer of 2016.

“She was bowled over by how down-to-earth and humble he is,” a friend told Us Weekly. “Doria is very much a people’s person and so isn’t impressed by someone putting on airs and graces, and thankfully that couldn’t be further from Harry’s personality.”

The 33-year-old Prince, who lost his own mother, Princess Diana in 1997, is fiercely protective of his girlfriend’s mom. Harry even “opened the lines to one of his top aides” when his romance with Meghan went public last September. The friend explained he wanted Doria “[to be] navigated through the crazy world of being in the public eye.”

Meghan and her family are clearly a huge priority in Harry’s life. The former military man thought the Toronto-based Invictus Games would be the perfect event to bring Meghan and her mother to. And it was Harry who asked Meghan to invite her mom. “He thought it was an opportunity for them to celebrate a special moment,” the friend revealed to Us Weekly. 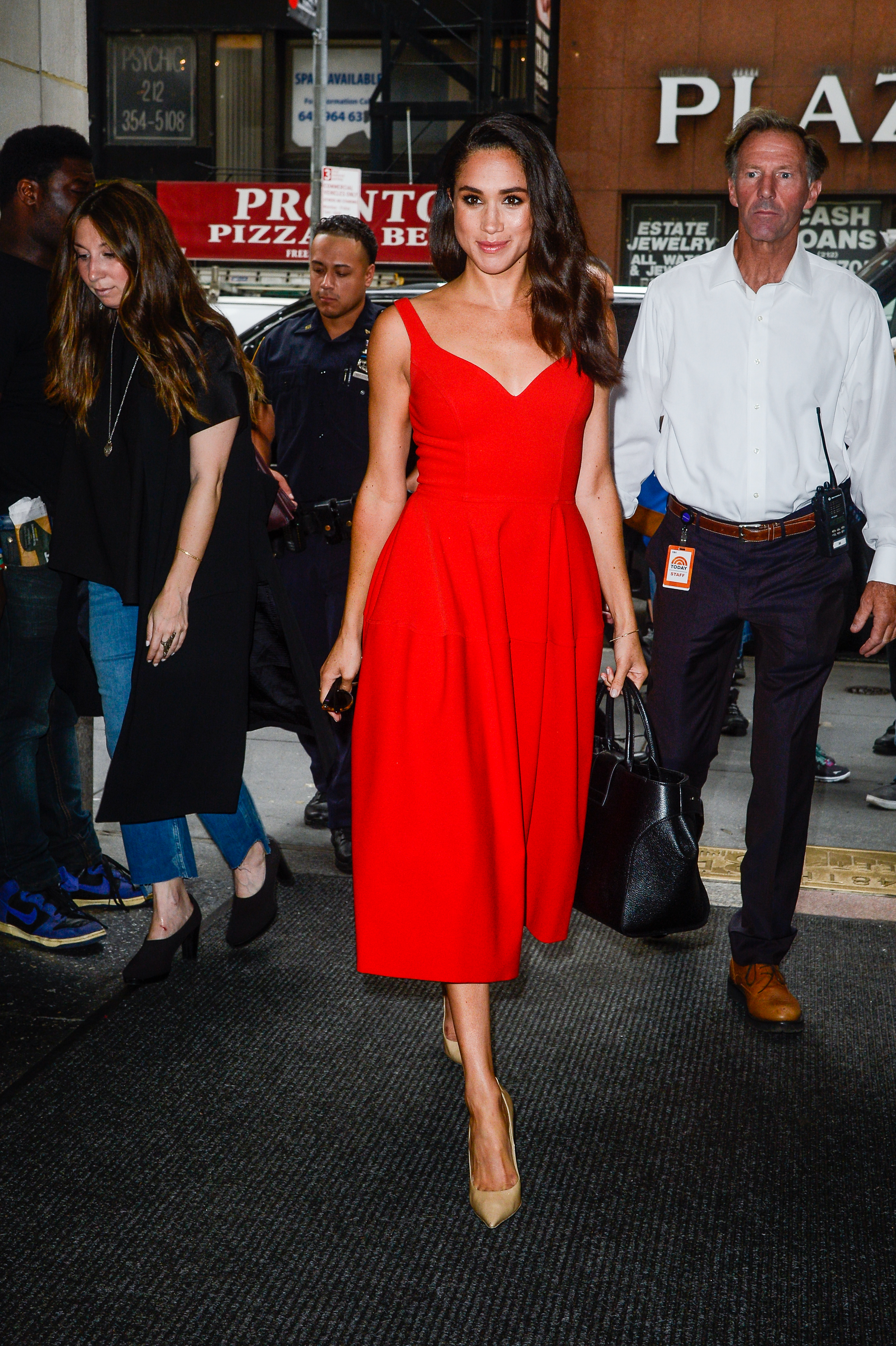 Graf six: Avid royal fans will recall how Harry very proudly left his royal box and joined his partner, Doria, and their friends, Jessica Mulroney and Markus Anderson, in their luxury suite. Anderson is the man responsible for introducing the duo last year. In plain sight, Prince Harry happily hugged and kissed Meghan while they watched Bruce Springsteen. One onlooker noticed that he made the Suits actress giggle by “bursting into a spontaneous dance.”

We expect she’ll be giggling for sometime, with close friends thinking their first dance as man and wife is just around the bend. One pal admitted they think Harry’s already asked that all important question. “I think it’s already happened but they’re holding the news back until she has finished on Suits. I’ve never seen them happier. It’s amazing.”

3 Signs That Prince Harry and Megan Markle Are Getting Engaged

Meghan Markle and Prince Harry Are Planning on Having Two Weddings