It’s official: Meghan Markle will be joining fiancé, Prince Harry, his grandmother, Queen Elizabeth, and other senior members of the royal family at Sandringham Estate in Norfolk, England, for Christmas, Kensington Palace has confirmed.

“You can expect to see the Duke and Duchess of Cambridge, Prince Harry, and Ms. Markle at Sandringham on Christmas Day,” a spokesperson for the palace revealed.

The newly engaged couple will attend the traditional Christmas Day church service at St. Mary Magdalene Church on the Queen’s Norfolk estate, along with Prince William and Kate Middleton, though the latter are not expected to bring their children George, 4, and Charlotte, 2, to the service.

Meghan’s attendance at the royal family’s Christmas festivities is an unprecedented break with royal protocol, which typically dictates that partners must be married before celebrating with the queen at Sandringham. Indeed, Kate Middleton did not spend Christmas with her in-laws in 2010, despite having announced her engagement to Prince William in the previous month. Similarly, Mike Tindall did not receive an invitation in the same year, despite being engaged to William’s cousin Zara Phillips, the daughter of Princess Anne. 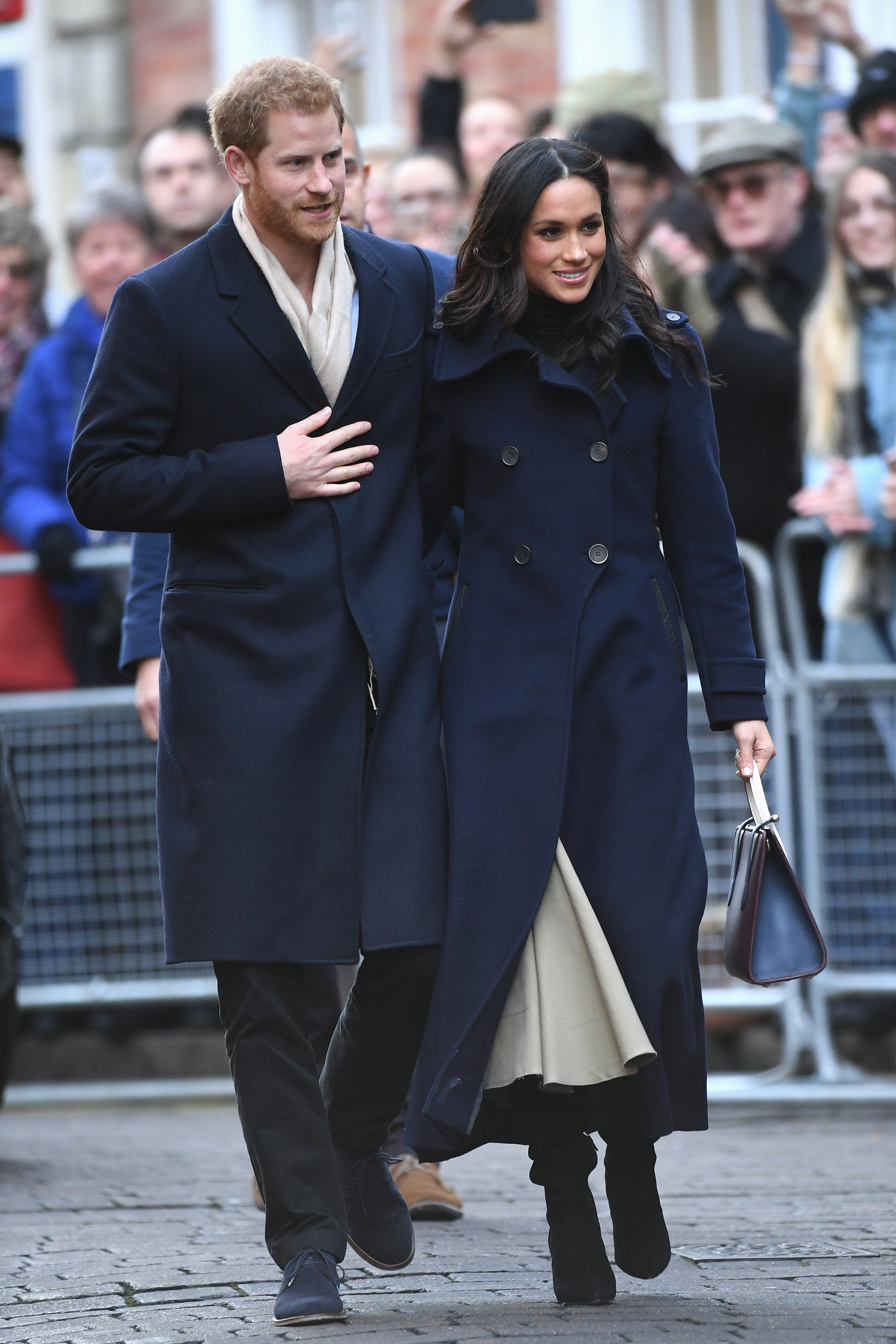 Harry and Meghan, who announced their engagement to the public on November 27, are set to tie the knot at St. George’s Chapel in Windsor Castle in May 2018, though an exact date is yet to be announced.

In an interview with the BBC’s Mishal Husain following her engagement photo call, the former Suits star revealed that she has met the queen a handful of times, and described the monarch as “an incredible woman.”

Every year, tradition dictates that the royal family spend three days at Sandringham over Christmas, where the queen is joined by her children and grandchildren. This year, Anne, the Princess Royal, the Earl and Countess of Wessex, the Duke of York, and Princesses Beatrice and Eugenie are all expected to attend.

In 2016, the Cambridges opted to spend the festive period in Berkshire with the Kate’s parents Carole and Michael Middleton, along with sister, Pippa, and brother, James.

This post was written by Katie Rosseinsky . For more, check out our sister site Grazia.