This month marks the 10-year anniversary of Heath Ledger’s tragic death. Although it’s hard to believe it has been a decade since his passing, his daughter, Matilda Rose, has been growing up out of the spotlight — but she’s still her famous father’s mini-me.

Matilda was spotted on an outing with her mom, Michelle Williams, last January, and at 12 years old, she is your typical pre-teen. She was only two years old when her father, 28 at the time, accidentally overdosed in his New York City apartment on January 22, and it was recently revealed that the blonde cutie has been asking questions about her late dad. “Michelle said, ‘We should do something now. Matilda is curious’,” Matt Amato, who directed the [documentary I Am Heath Ledger] last year, told Woman’s Day.

In the film, Heath’s sister Kate also gushes about her niece and admits she sees The Dark Knight actor in Matilda. “Now everything she does… the way she rides a skateboard… reminds me of Heath,” she said. “Now I’m really happy I’m at a stage I can see Matilda and be happy and feel her daddy’s energy through her.” 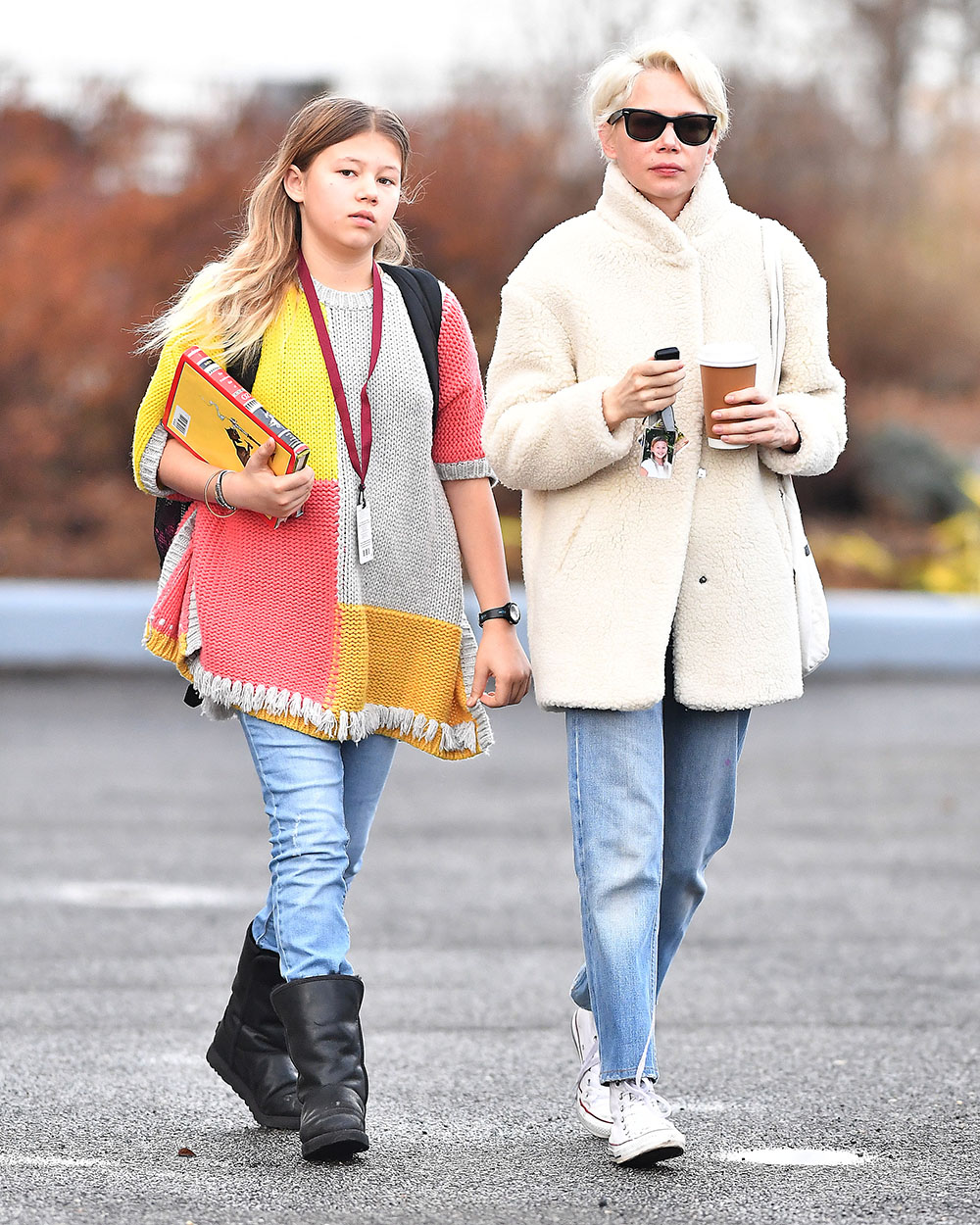 For Michelle, 37, raising her daughter without Heath, who wrote her a lullaby before he died, has been a challenge, but she’s determined to make sure Matilda is just your average girl. “In all honesty, for pretty much everything else, I feel like I’m a believer in not fighting circumstances, accepting where you are and where you’ve been. In pretty much all senses, but one,” she told Porter magazine. “I would be able to go totally down that line of thinking were it not for Matilda not having her dad. I mean, it just won’t ever be right.”

She continued, “I watched [Matilda] warm in the sun, in her swimsuit, get on her bicycle and smile and wave as she rode off to go meet her friends. I went back into the house and sobbed because of this incredibly simple moment — common everyday happiness. I really felt like in that moment, like wow, we’ve done it. Not only are we OK, she’s happy. Life has brought us to a place that’s not just surviving, but thriving.”

As for finding love after Heath — the couple met on the set of Brokeback Mountain in 2005 — Michelle has never married, but the Dawson’s Creek alum is rumored to be currently dating financial consultant Andrew Youmans. She was previously linked to director Spike Jonze and actor Jason Segel. Plus, there’s already Oscar buzz around her performance in the movie All the Money in the World. We’re sure Heath would be proud of his girls today.

9 Inspiring Heath Ledger Quotes to Live by — Plus His Heartbreaking Final Words!