If you had peeked into my house during the pre-dawn hours of Christmas morning, nothing would’ve looked amiss. All three stockings were full, especially my 13-year-old daughter’s, which overflowed so much that I’d piled gifts beneath it.

The Christmas tree was fat and green and looked as if were growing right from or living room floor. My husband and I had arranged the presents in a careful U that hugged its circumference.

As the three of us slept, it began to snow. We would wake up to our first truly white Christmas in seven years, picture perfect, just like all the songs promised it could be.

My daughter, Emily, loves Christmas so much that she decorated her room from top to bottom the day after Thanksgiving. She has her own Christmas tree, her own set of ornaments. Her bed, with its rich red quilt and flannel sheets, is covered with Christmas pillows.

I bought her many new decorations this year: silver trees and a glowing cardboard house, pine-scented candles and snow globes. I went overboard because I knew that this Christmas would be different for her, for all of us. It would be the first Christmas of her life that she wouldn’t be opening presents with her older sister. Ana died in March.

Ana, three years older than Emily, had shown her sister the ropes many Christmasses ago, but now Emily would have to go it alone.

Emily woke us at 6 a.m., her face eager and expectant. It was still dark outside, but when I squinted I could tell the snow was coming down fast. It clogged tree branches, thick as marshmallow fluff.

We had made it to the day of unwrapping and as we each took our stockings into the living room, my heart felt heavy. Three stockings, three people, but there should’ve been four. Christmas in the shadow of grief is the palest of holidays. It was a morning when both my children should’ve been opening presents, and I felt the weight of Ana’s absence more than ever.

The Palest of Holidays

The place where Ana’s stocking would’ve hung was empty. The space on the rug where she would’ve sat, gleefully going through each gift and handing them out, was empty. And soon all the bags and boxes were empty, too. Then it was just me, sitting in the living room, watching the tumbling snow, and trying to squeeze the heavy ache in my chest back down into the pit of my stomach where it wouldn’t hurt so much. The others had gone back to bed.

I had made it to the center of Christmas’s pulsing, tinsel-bedecked heart and I was all alone.

I watched the snow, soul sick that Ana hadn’t lived to see this perfect spectacle of a Christmas morning, and realized that I’d gotten it all wrong. It wasn’t Christmas that was the problem — not the shopping nor the empty stockings nor the explosion of adrenaline that had propelled Emily to tear through all her presents in mere minutes. It wasn’t our fat little tree that Ana hadn’t helped decorate, nor the photo cards that I’d gotten in the mail and promptly thrown out.

The problem was what would come next.

As everyone else slept, I cleaned up the wrapping paper, washed the dishes, decorated the cookies I’d baked earlier in the week, and loaded our car with the presents we’d be bringing to my sister-in-law’s house later in the day.

The snow fell until noon, tapering until it stopped completely. For a few magical minutes, the world was suspended in white, a gift-wrapped version of the perfect Christmas, but then the sun came out and it all started to melt. 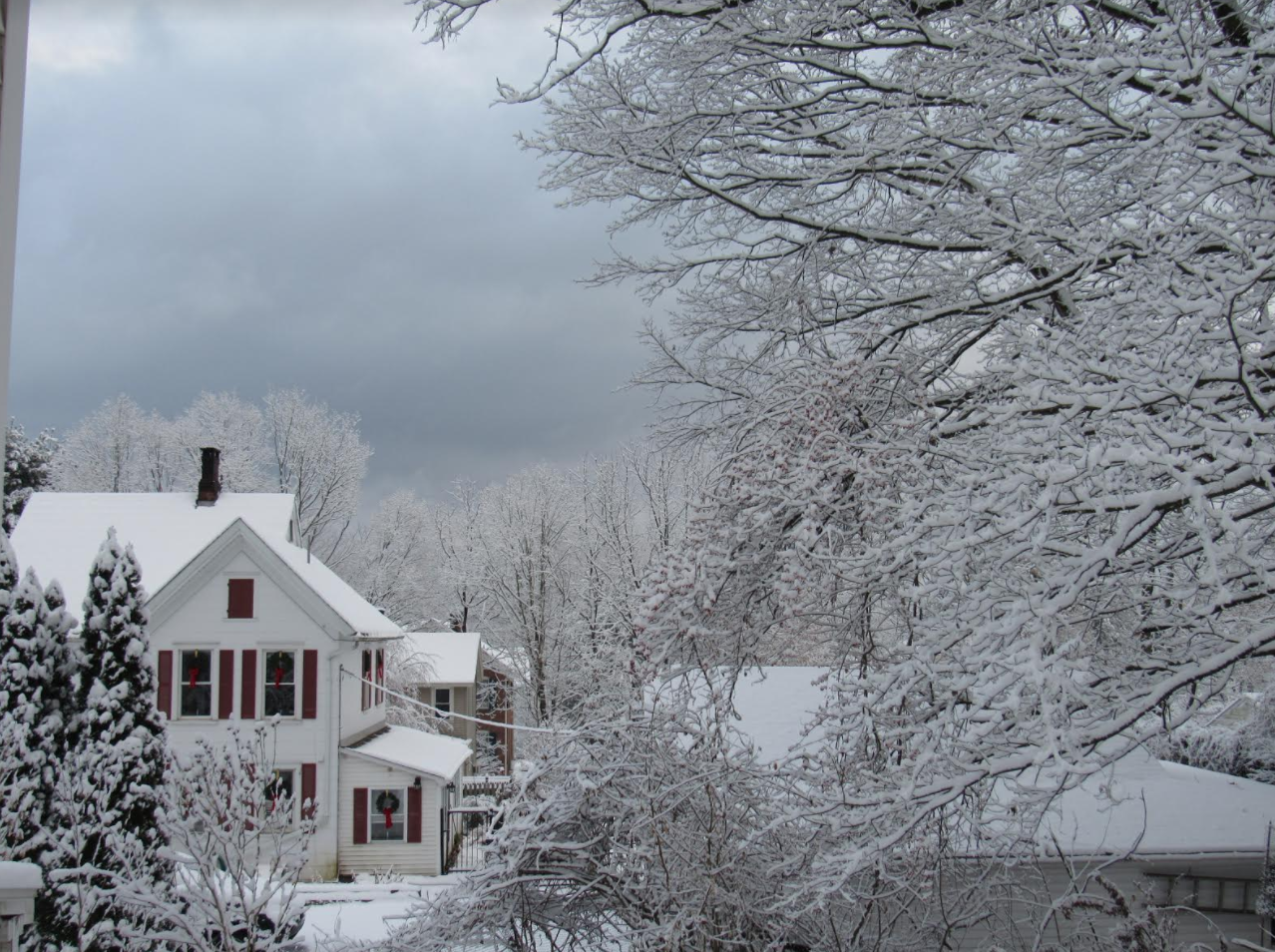 There is nothing new for me to anticipate in the coming year. January feels like an ending. The current year will be empty of Ana’s light, her life, her promise.

There is a part of me that wants to slip back into that quiet Christmas morning and never come out again. The silent house, the unwrapped gifts, the falling snow — it was all so perfectly suspended in time. If my broken heart had simply stopped while the snow was still falling, it would’ve been okay with me.

The Christmas morning snow hasn’t fully melted. The temperature dropped to below freezing and it has stayed that way for days. A thick white crust covers my yard — frozen and unyielding — and will remain through New Year’s Day and beyond. It is a bitter reminder of that empty morning, but perhaps it is also a bridge that links 2017 to 2018. Perhaps it can help me bring Ana with us into the next year in a way that is both solid and enduring, even though the snow itself is temporary.

Christmas without Ana is nothing compared to the rest of my life without her. But soon it will be spring again and I will have gotten through the first year of life as a family of three. For me, that will be the true start of the New Year. I hope to learn how to connect with Ana’s spirit in a new way, so that I can carry her forward with me through the year. Then maybe next Christmas won’t feel so empty.

This essay was written by Jacqueline Dooley, a writer and author who has written extensively about parental grief.

6 Ways to Support an Ill Loved One From Far Away