They’ll be Friends forever! In a new interview, co-stars Courteney Cox and Lisa Kudrow revealed they have a group text with Jennifer Aniston — and honestly, we’d love to get our hands on that convo.

“Lisa, Jennifer, and I all have a text chain, but to me, it’s too much pressure. I’m not into the group text chain. I really don’t like it!” Cox Us Weekly. “And then you have something funny to say and you say it, but then you send the text, and they don’t get it.” Lisa added, “It’s a lot.” Aniston, Cox, and Kudrow portrayed Rachel Green, Monica Geller, and Phoebe Buffay, respectively, on the hit show for ten seasons from 1994 until 2004. 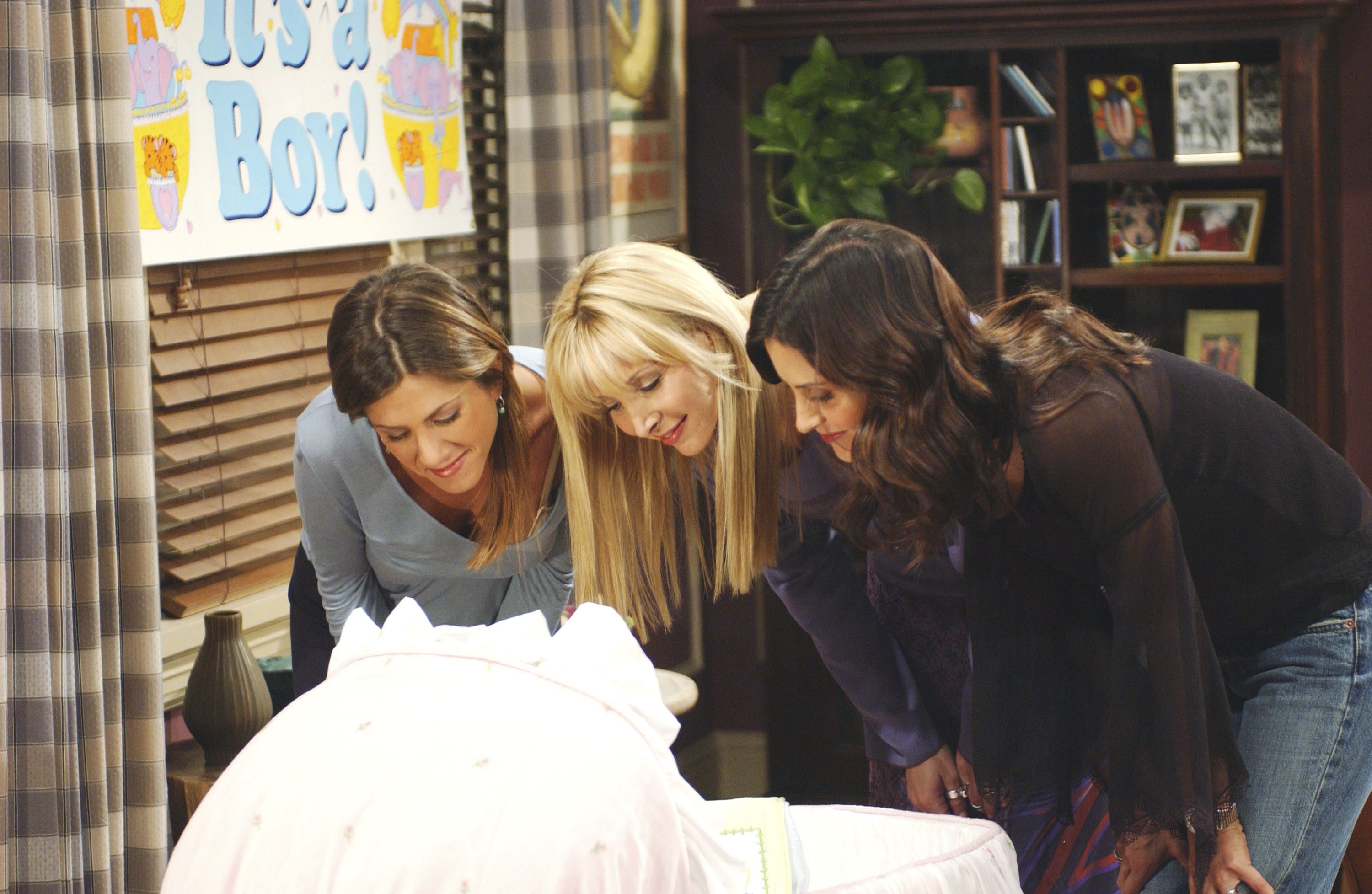 Aniston and Cox recently celebrated Aniston’s 49th birthday together following her split from Justin Theroux. In fact, the two have stayed friends since Friends went off the air more than a decade ago. “I’ve slept in her guest bedroom a lot,” Aniston said in a 2014 More interview. “Without giving away too much of my private stuff, all I can say is she’s been there for me through thick and thin.” And Cox feels the same way. She shared in a previous interview with Newsweek, “We just have fun, we laugh, we’re inseparable and it’s great.”

But even though they remained best friends after all this time, Aniston has insinuated in the past that she doesn’t think a Friends reboot will happen in the foreseeable future. “If Friends was created today, you would have a coffee shop full of people that were just staring into iPhones. There would be no actual episodes or conversations,” she once said.

During another sit-down, she further explained why she doesn’t think the series would work in a cell phone world.

“I don’t know what we would do. I think that period of time was sort of nostalgic,” Aniston explained. “I think people have such affection for it, even though it was only [14] years ago since it ended. There was something about a time where our faces weren’t shoved into cellphones and we weren’t, like, checking Facebook and Instagram, and we were in a room together, or at a coffee shop together, and we were talking… having conversations. And we’ve lost that.”

Well, hopefully, Aniston, Cox, and Kudrow still group text about ideas for a possible revival of the hit sitcom.

Next, check out the video below to see hilarious editing mistakes in Friends:

Why Is Daphne Oz Always Missing From ‘The Chew’? Find out Here