Coco Arquette looked more mature than ever (and hardly recognizable!) when she joined her dad, David Arquette, and little brother Charlie for a Chinese New Year celebration last month. In the snap — which David, 46, proudly posted on his Instagram page — Coco sports age-appropriate makeup and a crop top paired with a comfy pair of gray pants. While she certainly still exudes youth, Coco looks nothing like the adorable elementary school student we’re used to seeing. Keep scrolling to learn more about what Coco has been up to in 2018!

How old is Coco Arquette?

Believe it or not, it’s been 13 years since Courteney Cox and David welcomed a baby girl on June 13, 2004. After years of struggling to have a baby, the former couple — who split in 2013 — announced the pregnancy six months prior to giving birth. “I’m gonna have a ton of fun being a dad,” David told People at the time. “I can’t wait to read stories and play games and the whole thing.”

The stars, who married in 1999, candidly discussed their attempts to become parents, with Courteney saying in 2003, “I get pregnant pretty easily, but I have a hard time keeping them.” 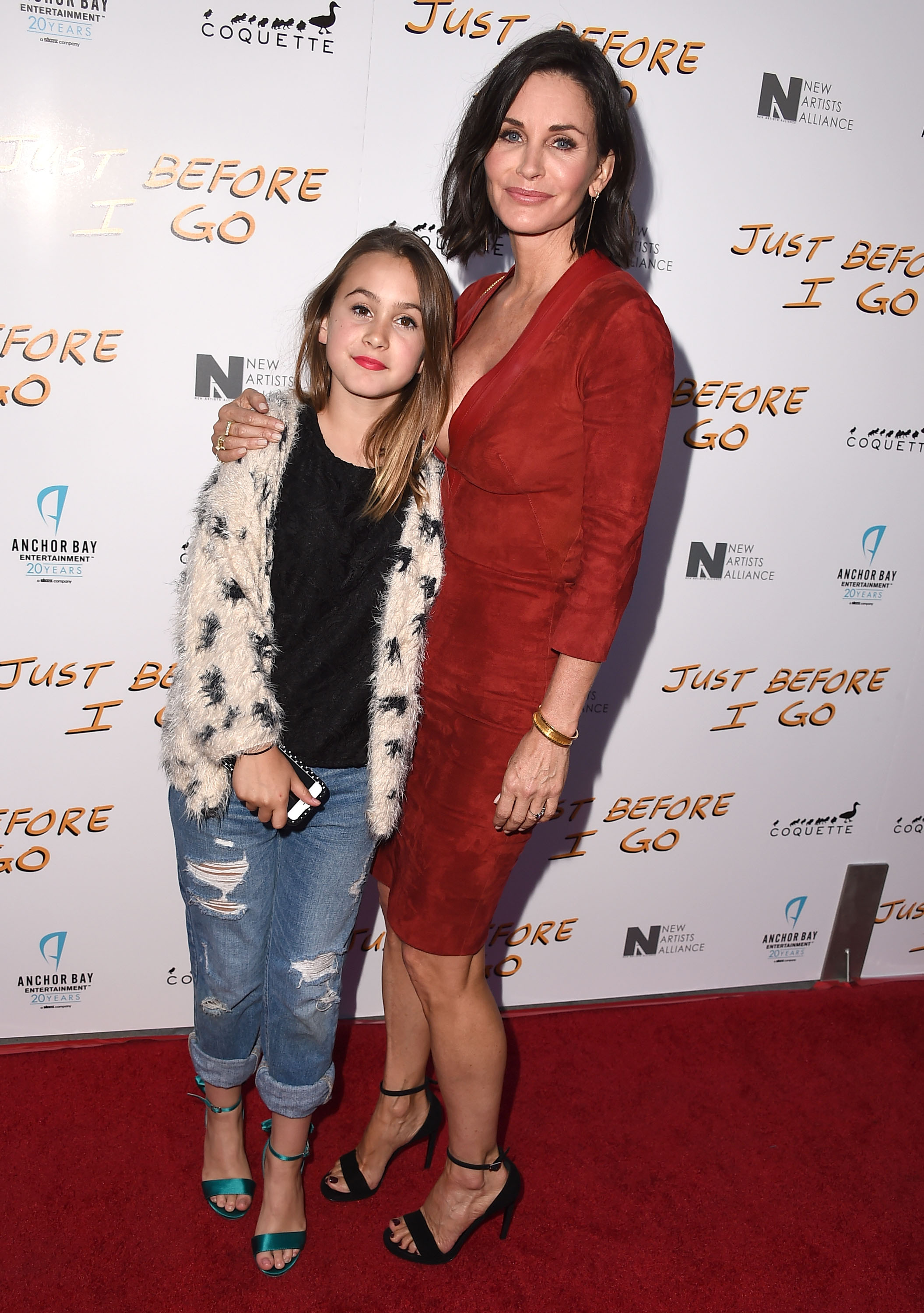 Coco made us do a double take while spending some quality time with her mom at a charity walk for ALS in Los Angeles on October 15, 2017.

During a recent interview with New Beauty, Coco’s famous mother revealed that she encourages her daughter to experiment with her beauty look — but only allows her to wear mascara to school. “I know some people think I should rein her in with the makeup, but it’s a form of self-expression. As long as she’s not sexualizing herself, it’s really just what makes her feel good,” the Friends alum said. “But I want to keep an open relationship with her. I care more about what she’s watching than what she’s putting on her face.”

She added that her daughter is already on top of her skin care routine, too. “She’s obsessed with makeup tutorials and she’s really into taking care of her skin. She’s 13 and you know what comes with that. I wasn’t like that as a kid. I was much more into decorating my room and laying in the sun. I had no idea about sun damage. Coco’s more on it.” 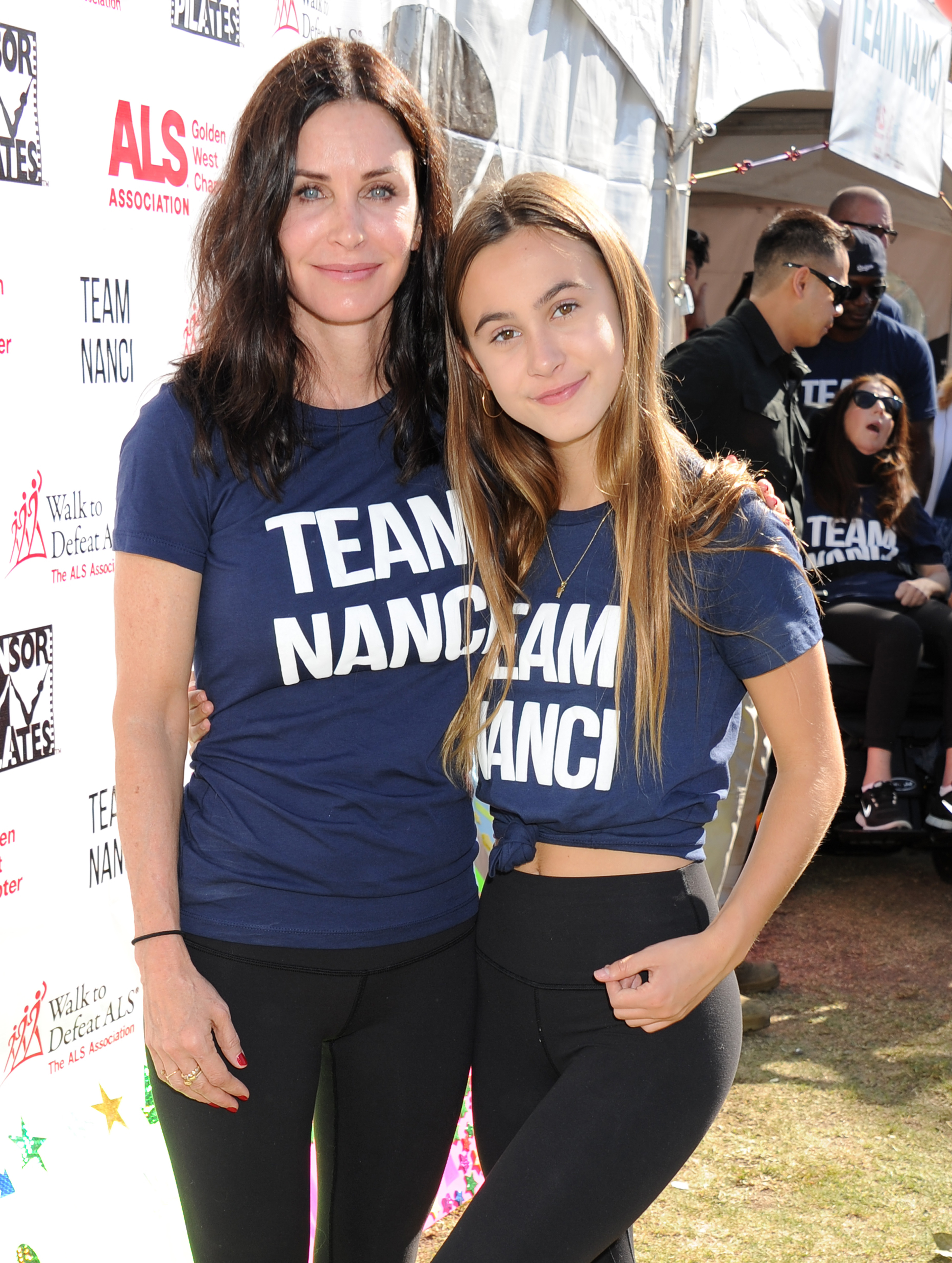 Does Coco Arquette have social media?

Though Coco has mostly shied away from the spotlight and doesn’t appear to have social media, the Hollywood scion dipped her toe into the acting pool back in March 2017, when she appeared in the music video for Monogem’s song “Wild.” Coco made her onscreen debut more than 30 years after her actress mom played Bruce Springsteen‘s love interest in the visual for his 1984 hit “Dancing In the Dark.” In “Wild,” Coco plays a young girl who escapes her home for a night of G-rated fun — dancing! riding bikes! swimming! — with her BFF.

Shortly after the video premiered, David, took to Instagram to tell fans how excited he was to see his not-so-little girl follow in his and Courteney’s footsteps. “So proud of my daughter Coco and her performance in the @monogem video link,” he wrote at the time.

And it looks like on-camera work isn’t the only talent the preteen picked up. “She’s a really good singer,” Courteney previously said of her only child. “I don’t know where she got it.” The 53-year-old also praised Coco’s commitment to the environment and making the world a better place. “She knows more than I do. She teaches me everything,” the brunette beauty told Fox News.

Watch the cast of Friends, then and now.