Angelina Jolie has long been celebrated as a humanitarian; she’s as famed for her efforts with the UN and philanthropy as she is for acting.

In an effort to combine the two, her current directorial feature is a biopic based on Cambodian author and activist Loung Ung’s traumatic childhood growing up under the rule of the ruthless Khmer Rouge Communist Party. 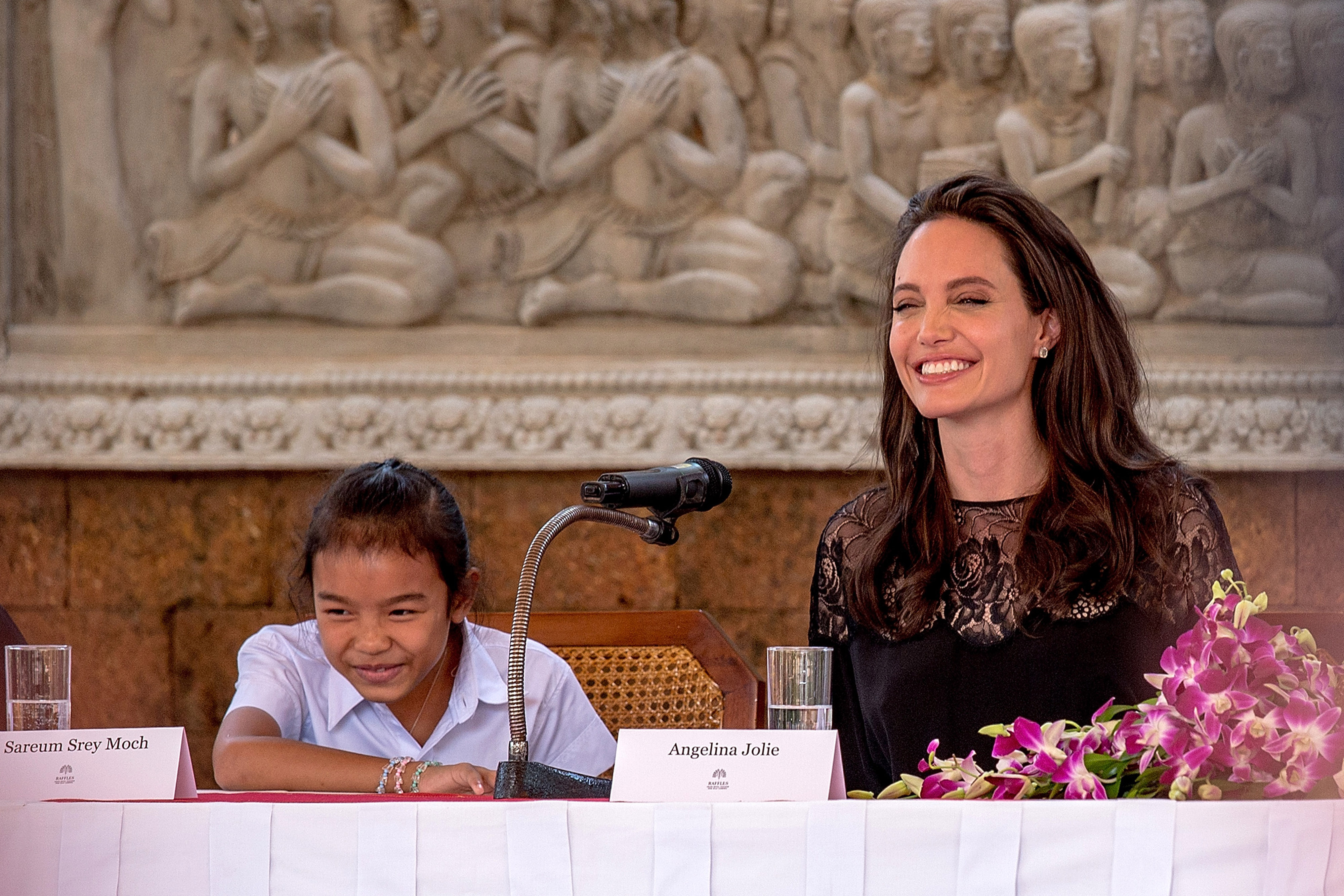 Like Rabbit Proof Fence and Slumdog Millionaire, First They Killed My Father: A Daughter of Cambodia Remembers wanted to cast a child that wasn’t a trained actor.

MUST-SEE: Angelina Jolie Candidly Opens up About Her Divorce and Bell’s Palsy Diagnosis: “It’s Just Been the Hardest Time”

The producers chose children from orphanages, circuses and slum schools and put money on the table in front of them before asking them to think about they really needed the money for. 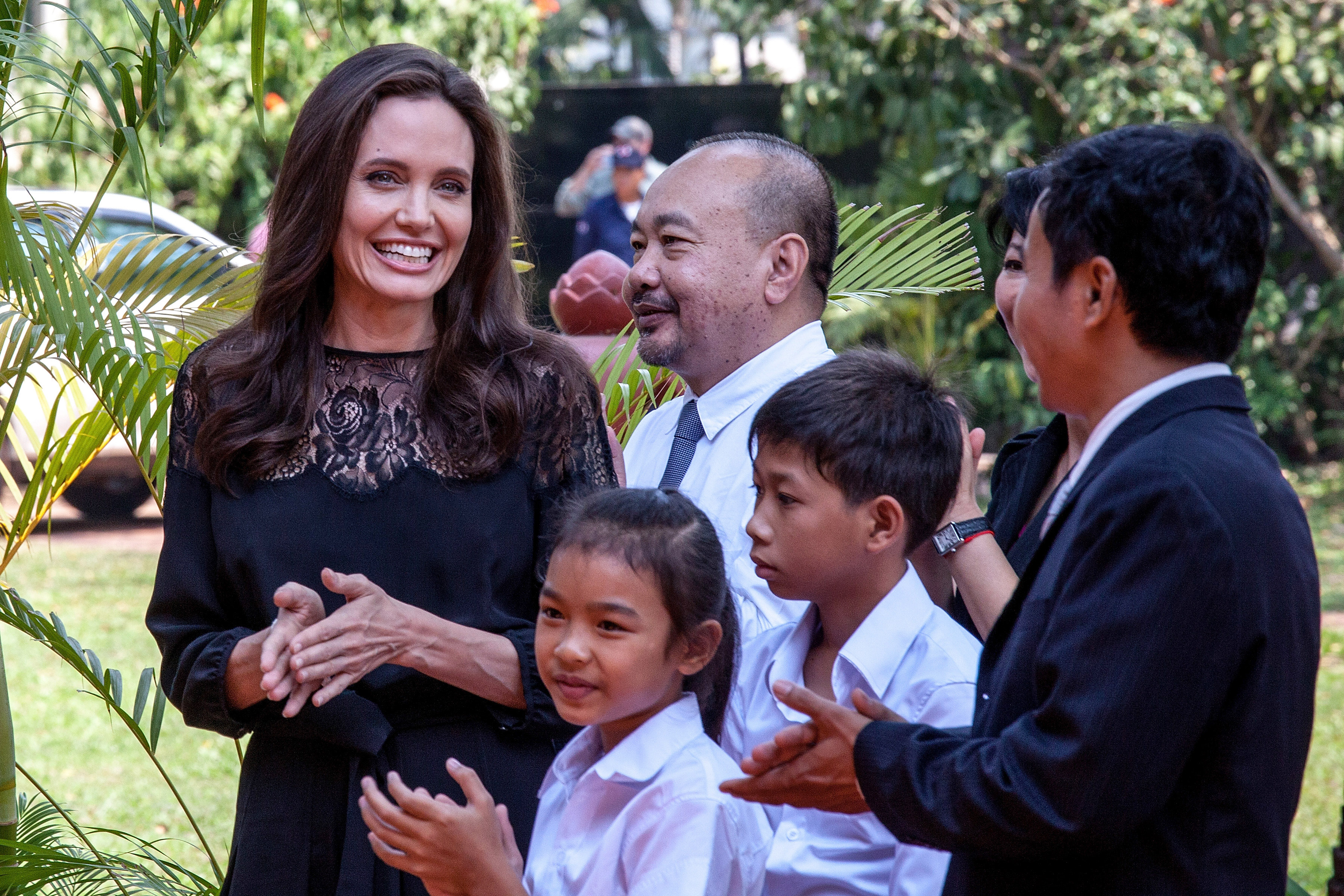 The kids were then encouraged to take the money before Jolie came in later to pretend to catch them and they were asked to come up with a lie as to why they’d stolen the money.

Jolie then emotionally explained why it was Srey’s audition won her the part.

“Srey Moch was the only child that stared at the money for a very, very long time.”

“When she was forced to give it back, she became overwhelmed with emotion. All these different things came flooding back.”

“When she was asked later what the money was for, she said her grandfather had died, and they didn’t have enough money for a nice funeral.”

MUSt-SEE: See All the Celebrities Whose Families Are Full of Kids 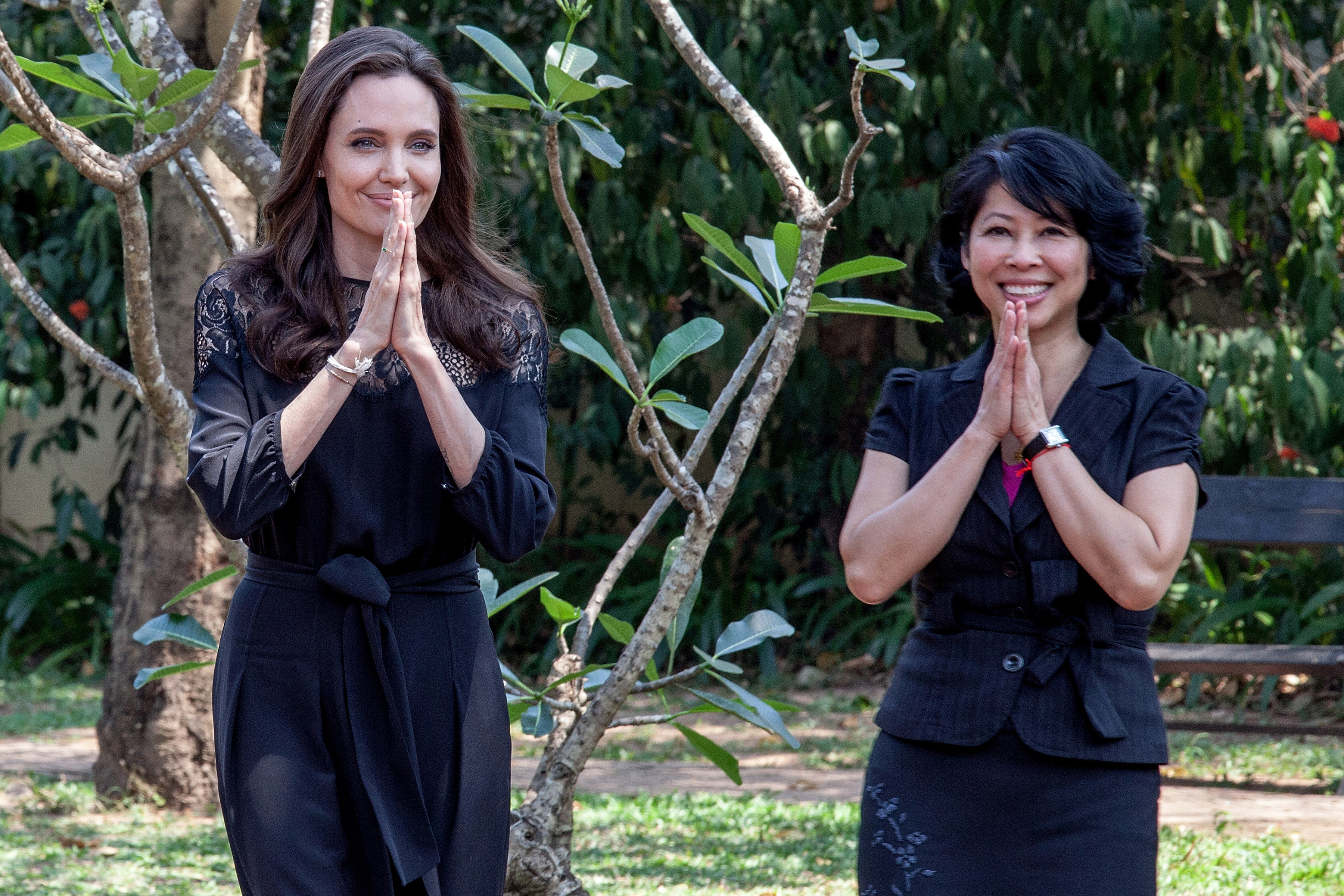 The distressing mind games were described as “disturbing in its realism” by Vanity Fair and they go on to explain how deeply the subject matter affected those on set.

“There wasn’t a person who was working on the movie who didn’t have a personal connection. They weren’t coming to do a job. They were walking in the exodus for the people whom they had lost in their family, and it was out of respect for them that they were going to re-create it . . . It completed something for them.”

In fact, the content was so traumatic, cast and crew started having nightmares and a therapist had to be hired on set. Even those not involved in the movie were distressed just by the knowledge the movie was being made.

“When the Khmer Rouge came over the bridge, we had a few people who really dropped to their knees and wailed. They were horrified to see them come back.”

Jolie has faced massive backlash for the “cruel scheme” she inflicted on impoverished children.

Angelina Jolie is crazy. What a cruel psychological game to play with impoverished children. pic.twitter.com/iAEUhINBui

Making It to the Lake, and Other Challenges of Helping Your Daughter During Divorce

4-Year-Old Becomes a Hero, But Gets Her Mom in Trouble