She might be a breast cancer survivor, but now Amy Robach, 44, is going through another battle caused by her diagnosis: early menopause. The Good Morning America anchor recently opened up about the changes in her life on ABC’s website. “After going through cancer treatments, I thought menopause would be a breeze, but I wasn’t prepared for how constant and powerful the symptoms would be,” she wrote.

Back in October 2013, Amy documented her first-ever mammogram on live television in honor of breast cancer awareness month. A few weeks later, however, she found out that she had stage 2 invasive breast cancer. The then-40-year-old underwent a double mastectomy, as well as several rounds of chemotherapy that went on for many months. “After multiple surgeries and eight rounds of chemotherapy, all I cared about was staying alive. I quickly realized how lucky I was to be 40 and how much I wanted to be 41, 51, 61, even 91,” she said. 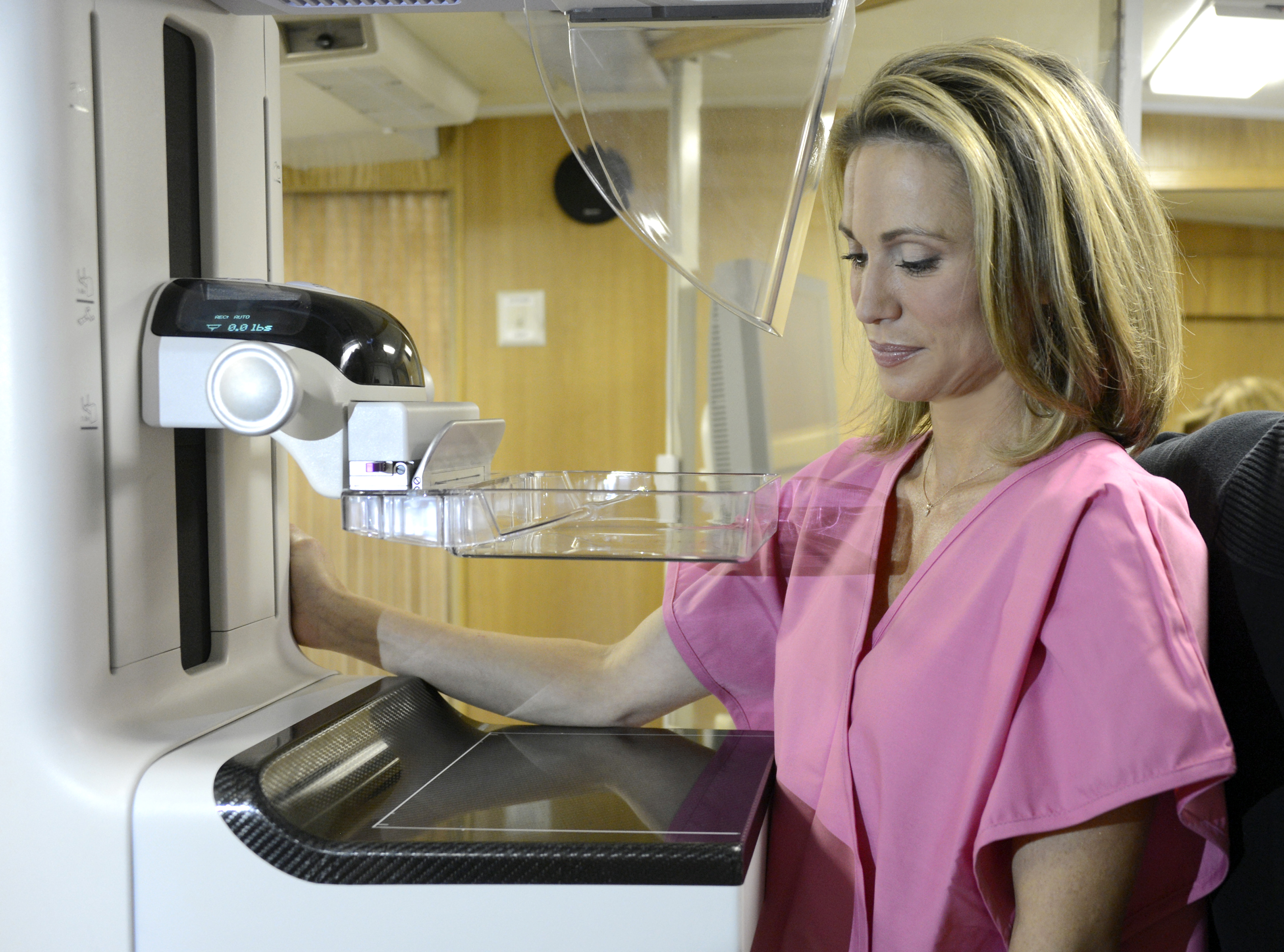 The television personality has been in remission for four years, but she’s now speaking out about the side effects of her battle. “Menopause never crossed my mind, but I know now that it is a very common side effect of chemotherapy,” she wrote. “It wasn’t just a side effect to my doctors though, it was a bonus because estrogen fuels my type of cancer. Sure enough, halfway through my treatments, I stopped menstruating and my doctors placed me on medication to keep me in a state of menopause for at least the next decade.”

Unfortunately, though she’s cancer-free, it hasn’t been easy for Amy to adjust to her new way of living. “I’m still suffering four years later. My hot flashes come on fast and strong and I find myself filled with anxiety in the most inconvenient places wanting to rip off my clothes: on planes, in restaurants, in the grocery store, and sometimes just walking down the street,” she continued. 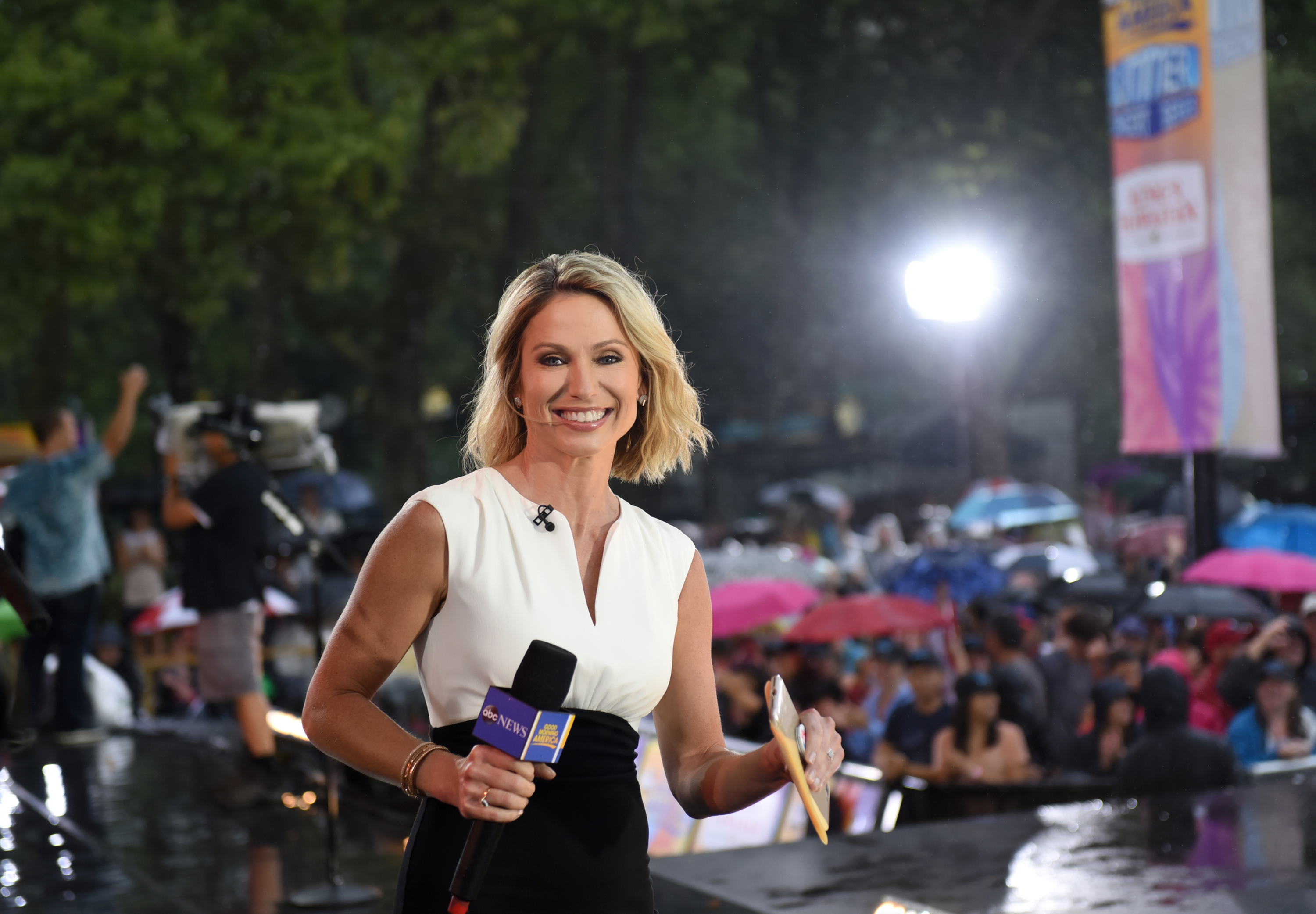 Getting candid about her sometimes debilitating hot flashes, Amy added: “Dressing in layers has helped, but I’m sure it looks bizarre to see me stripped down to a tank top in January in New York City. And then there are the night sweats. Blankets and down comforters are off limits now. I can’t have my husband [actor Andrew Shue] cuddle with me for more than two minutes before I have to push him away for fear we will both go up in flames.”

Luckily, the mom-of-two has a positive outlook on life, menopause included! “I’m alive and I’m grateful for that simple fact,” she said. “I tell myself with every hot flash I have, every new wrinkle I see (yes my skin is incredibly dry in menopause) and with every mood swing I ride, I’m fighting, fighting to see another day.”

“Let’s make menopause something we discuss with each other, with our daughters. Let’s prepare them for the natural transition that menopause is and give them and each other the proper tools to understand it. Menopause is not something to fear. It’s something to expect and even at times embrace, because, well… it beats the alternative.” Such wise words, Amy!

Amy Robach Talks Her Outlook on Life Post-Cancer — “I Take All My Vacation Days Now!”

Pregnant Ginger Zee’s Due Date Is Quickly Approaching — Get the Details on Baby No. 2!