This just in for NBC’s Nightly News host Lester Holt: He’s going to be a grandfather!

Holt’s son, Stefan, announced on Instagram that he and his wife Morgan are expecting a baby boy in September. The expecting couple was joined at what looks like a gender reveal party by Holt and his wife, Carol, as well as Holt’s younger son, Cameron. 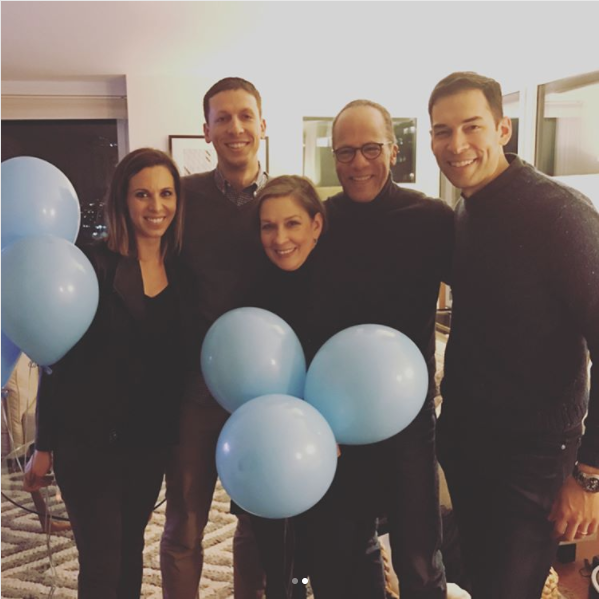 Breaking news! A new member of the Holt family will be joining us in September! #itsaboy #babyholt #pregnancyannouncement

As if his week just couldn’t get any better, Holt just celebrated his 58th birthday on March 8. His wife of almost 35 years shared an adorable throwback of her husband after one of his earliest birthdays.

This will be the Stefan and Morgan’s first child. The two met at Pepperdine and married in 2012. The younger Holt seems to be following in his father’s footsteps, joining WNBC, NBC’s flagship station, in 2016. The two even co-hosted a Thanksgiving special in 2012.

Congrats to the growing family! This just may be Holt’s biggest role yet.

NEXT: See what crazy names these famous grandparents are called by their families!